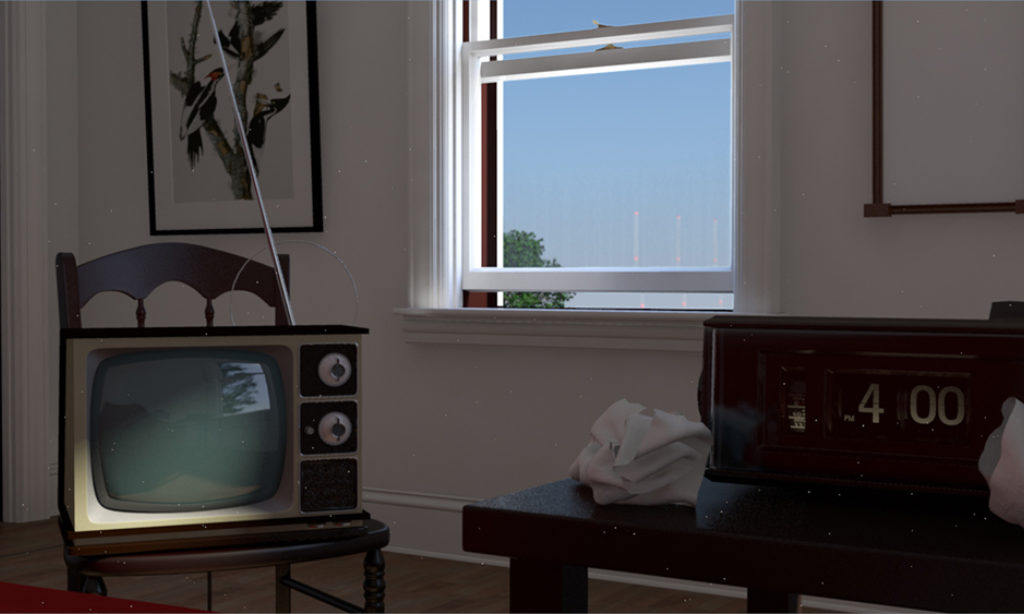 Using computer animation software, Adam Hurwitz creates looping, non-narrative videos that attempt to convey the texture and melancholy of memory. The videos are part of the ongoing computer-generated video installation project, Reflective Nostalgia. The title comes from a term described in Svetlana Boym’s book The Future of Nostalgia. The videos are informed by Hurwitz's experience as a painter and exist somewhere between painting and film.

He lives and works in New York City. He received his M.F.A. in painting from Yale University and has exhibited in solo and group shows in Manhattan, Boston, San Diego, Maryland, and elsewhere. Grants include the Joan Mitchell Foundation and a 2014 NYFA grant in Digital/Electronic Arts. He is a recipient of MacDowell Fellowships in 2015 and 2017, and a Yaddo residency in 2016. He has been reviewed in The New Yorker and was the featured artist in the Fall/Winter, 2015, issue of the Tupelo Quarterly. He is participating in the Currents New Media Festival in Santa Fe, NM, in June of 2017 as well as the traveling exhibition, "Real-Fake" in 2017 and 2018. He is working toward a solo show at Studio 10 Gallery in Brooklyn, New York, in early 2018.