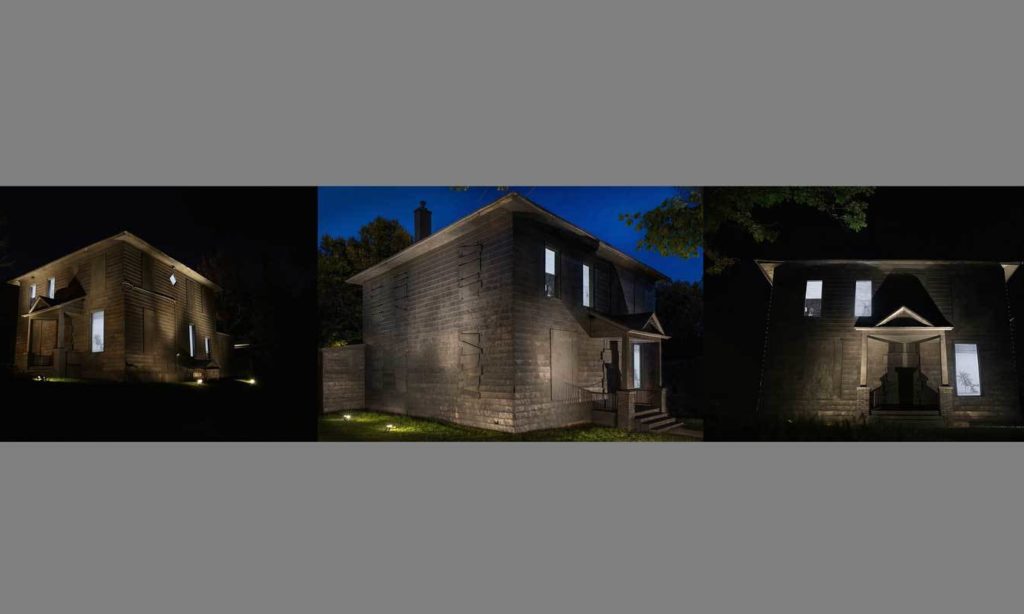 Drawing Of A House (Triptych)

Diana Shpungin is a Brooklyn-based multi-disciplinary artist who works in drawing, sculpture, installation, hand-drawn animation, video, and sound. Born in Latvia’s seaside capital of Riga under Soviet rule, Shpungin immigrated as a child to the U.S. where her family settled in New York City. She received her M.F.A. from the School of Visual Arts in New York.

Examining themes of memory, loss, and mortality, Shpungin's artwork employs a painstaking process while seeking empathy across identity lines. The use of graphite pencil as an elemental tool, both permanent and denoting erasure, is the foundation to her approach.