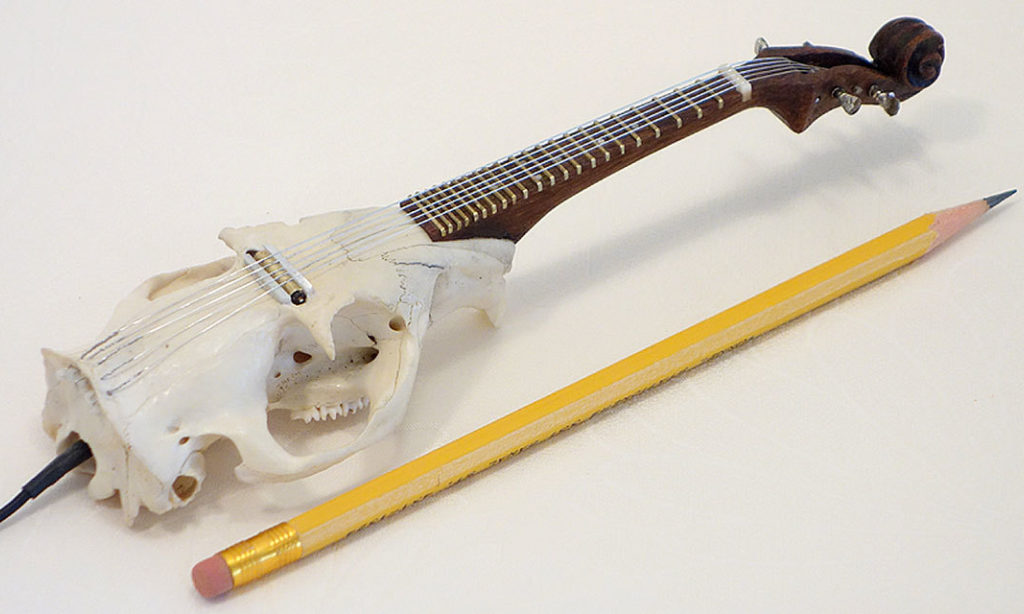 Kazumi Tanaka was born in Osaka, Japan, relocated to New York beginning in 1987, and now lives in Beacon, NY.

Tanaka was artist in residence at the Fabric Workshop and Museum in 2014, which resulted in the project and show "Mother, and Child Reunion." Her visual expressions examine and explore various mixed media and unconventional materials such as her own hair, insects, and animal bones, and she draw with unexpectedly mundane materials such as coffee and tea.

Tanaka created a series of coffee drawings during her 2015 residency and developed an experimental interdisciplinary project called “Messenger.”

Cheney Studio was given to MacDowell by Mrs. Benjamin P. Cheney and Mrs. Karl Kauffman. Like Barnard Studio, Cheney is a low, broadly massed bungalow. Sited on a steep westward slope, its porches are supported on wooden posts and fieldstone with lattices. Although it still retains its appealing character, the original design of the shingled building…