92Y & MacDowell | Across the MacDowell Dinner Table: On Memoir

Please join T Kira Madden, Sally Field, Nell Painter, and Riva Lehrer for a conversation showcasing how artists share their visions and challenges across every art form on the campus of MacDowell, America’s first artist residency. Moderated by MacDowell Executive Director Philip Himberg, this hour-long program from MacDowell and 92Y’s salon series will focus on memoir, particularly the animating impulse that drove these multidisciplinary artists to examine the arc of their lives, and what surprises awaited them as they put pen to paper.

The 92Y will host the free and open to the public virtual conversation on August 26 at 7 p.m. ET: register here. 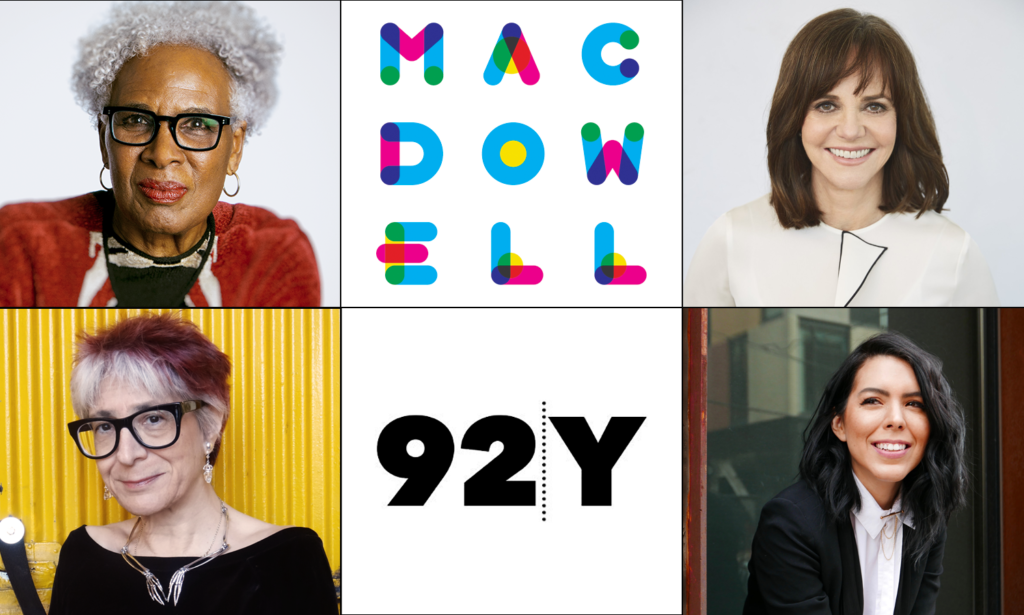 Nell Painter, after a fulfilling career as a publishing Princeton historian (most notably as the author of The History of White People), began again in art school, a move eliciting a great deal of curiosity. In residence at MacDowell in 2016, she completed a memoir entitled Old in Art School, which was a finalist for the National Book Critics Circle autobiography award. In 2017 she completed the series "You Say This Can't Really Be America" and in 2018 she published an art review of Soul of a Nation: Art in the Age of Black Power in the New York Review Daily. In residence at MacDowell in 2019, Painter created her "Ancient Hair Book" and four installations on her studio wall for a project that will ultimately become an artist's book with the working title Were the Ancients White? Painter was appointed Chairman of the Board of Directors of MacDowell in 2020.

Sally Field is a two-time Academy Award and three-time Emmy Award-winning actress, whose career has spanned almost six decades and dozens of iconic rolls on screens large and small. Beginning in 1965 with television’s Gidget and The Flying Nun she won her first Emmy in 1975 for her performance in Sybil before moving on to have extensive film credits including: Forrest Gump, Steel Magnolias, Places in the Heart, Norma Rae, Mrs. Doubtfire, Soapdish, Smokey and the Bandit, Hello, and Lincoln. Sally made her Broadway debut in Edward Albee’s The Goat, or Who Is Sylvia?, starred in Tennessee Williams’ The Glass Menagerie at the Kennedy Center, and later reprised that role on Broadway in 2017. In early in 2019 she starred in the London production of Arthur Miller’s All My Sons at The Old Vic. Field is a member the American Academy of the Arts and Sciences, was honored with the National Medal of the Arts from President Obama and received the prestigious Kennedy Center Honor in 2019. Her memoir, In Pieces, was published in 2018 and became an instant New York Times bestseller.

Riva Lehrer is a visual artist, and writer who focuses on the socially challenged body. She is best known for representations of people whose physical embodiment, sexuality, or gender identity have long been stigmatized. Her work has been exhibited in venues including the National Portrait Gallery of the Smithsonian, Yale University, the United Nations, the National Museum of Women in the Arts, the Arnot Museum, the DeCordova Museum, and the Frye Museum. Her awards include a Ford Foundation Fellowship, 3Arts MacDowell Fellowship, Carnegie Mellon Fellowship, Wynn Newhouse Foundation Grant, Illinois Arts Council Grant, and National Endowment for the Arts Grant. Lehrer’s memoir, Golem Girl (October 2020, One World/ Penguin Random House) won the 2020 Barbellion Prize for Literature and was a finalist for the National Book Critics Circle Award. She is represented by Regal Hoffman & Associates and by Zolla/Lieberman Gallery. Lehrer is on faculty at the School of the Art Institute of Chicago.

T Kira Mahealani Madden is a Chinese, Kānaka Maoli writer, photographer, and amateur magician. A recipient of fellowships from the New York Foundation for the Arts, Hedgebrook, Tin House, MacDowell, and Yaddo, she serves as the founding editor-in-chief of No Tokens, a magazine of literature and art. Her fiction and nonfiction has been featured in Harper’s, New York magazine, and others, and she is the author of the 2019 New York Times Editors’ Choice memoir, Long Live the Tribe of Fatherless Girls, which is now being developed as a feature film. A finalist for the National Book Critics Circle Award John Leonard Prize, and the winner of the 2021 Judith A. Markowitz LAMBDA Literary Award, she facilitates writing workshops for homeless and formerly incarcerated individuals, and is an assistant professor of English at College of Charleston.

Philip Himberg oversees the creative mission as well as the financial well-being of the nation’s first multidisciplinary residency program. Himberg arrived at MacDowell in May of 2019 from The Sundance Institute where he spent 23 years guiding all aspects of the Sundance Theatre Program, including its Theatre Labs and satellite residency programs in Massachusetts and Wyoming, and internationally in several locations in East Africa, the Middle East, and North Africa. Under his aegis, the Institute’s Theatre labs have supported many hundreds of playwrights in the creation of important new work, which is produced across the U.S. off and on Broadway. Himberg is also a playwright, and his most recent play, Paper Dolls, had its world premiere at the Tricycle Theatre (now Kiln Theatre) in London in 2013. He is a former member of the Tony Award Nomination Committee, served as past president of the Board of Theatre Communications Group and was a trustee of the Kiln Theatre, London. He has taught at NYU/Tisch and the Yale Drama School. In addition to a B.A. from Oberlin College, Himberg holds a degree as a Doctor of Chinese Medicine, and previously was a practicing acupuncturist and herbalist.

More Events in this Series