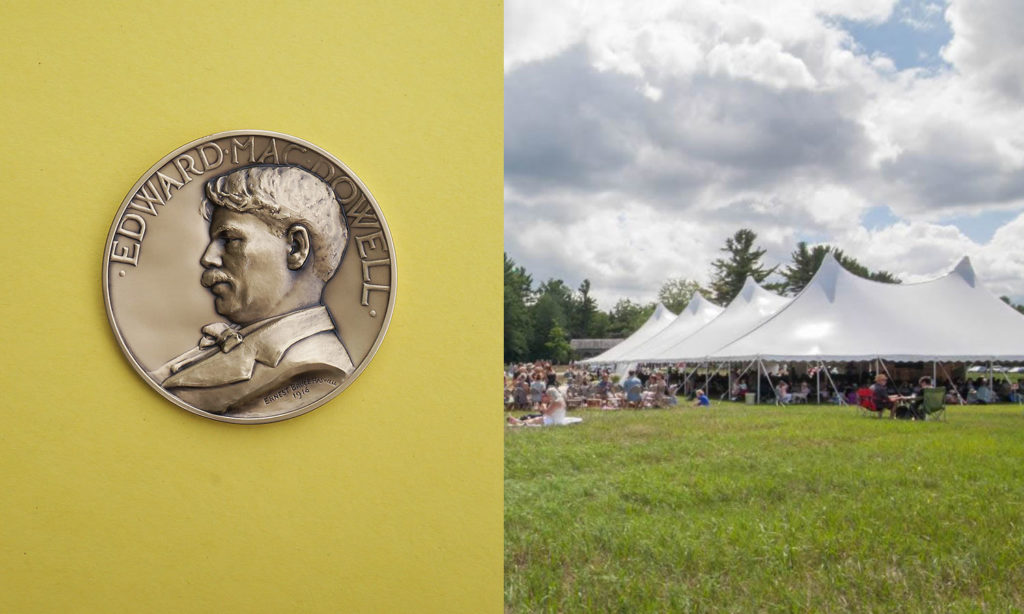 As a long-time patron of The MacDowell Colony, I am proud of the roster of creative giants who have been awarded the Edward MacDowell Medal. With the inspiring selection of the conceptual artist Charles Gaines as this year’s Medalist, that honor roll is now 60 names long. These artists are virtuosos in their fields, and it’s exhilarating to bring to mind their artistic achievements, to bask in their aura, and to commemorate and, yes, thank them, for the stimulation and satisfaction their works have given us. As a MacDowell Trustee, I see also an occasion to contemplate, in the context of the Colony’s mission, what I believe we venerate when we bestow the Edward MacDowell Medal.

Unlike many of the national and international awards programs that recognize an artist for their critical success, the Edward MacDowell Medal recognizes the artmaker whose true work lies in asking questions and considering subject matter that precedes and supersedes the work itself. MacDowell Medalists are selected – by a panel of their most accomplished peers – for their transformative influence in their fields. Said another way, the impact of these artmakers is measured, at least in part, by the diffusion of their ideas and how they, in turn, precipitate change among other creative thinkers and makers. That matters greatly to me, because it is how I also understand the value and importance of MacDowell’s legendary residency program.

When Marian MacDowell brought the first artist residents to the newly-formed Colony in 1907, she invited not one, but two artists, and of differing disciplines. Integral to the pioneering concept of the residency program was the idea that these artists would have independent spaces in which to pursue their work, as well as daily opportunities to meet, discuss their work, and stimulate one another’s creative thinking and process. That dynamic sharing of ideas and the fertilization of artistic dialogue lie at the heart of this leading residency program, which has been a model for so many others, and at the heart of the Edward MacDowell Medal.

The work we celebrate through the Medal is not only the body of work produced by these great artists, but the intellectual breakthroughs that evolve our artistic disciplines and, ultimately, our social interactions. When Charles Gaines dove into conceptual art in the 1970’s, most artists of color were making work that spoke discernibly to the black experience in America. From Mr. Gaines: “At the time, there was real interest in discernably black art. Art that’s associated with some idea of black culture or black community. Since my work was conceptually based, perhaps that made my work less interesting to the curators.” Critics and commentators have noted that white males such as Sol LeWitt and John Cage could experiment with growing artistic vocabularies to interrogate the world but, until Gaines, artists of color had not dared to explore the black experience in a language free from its own cultural context. In a 2015 interview with art critic A. Will Brown, it is asserted that Gaines’ revolutionary approach to organizing ideas based not on their extrinsic meaning but rather on shared, analogous elements, ineradicably changed – and expanded – the boundaries of our subsequent cultural dialogue. When we celebrate Charles Gaines, we recognize not only the genius of his own creative output, but also his inheritance to other thinkers and makers. We celebrate the way his interrogations precipitate further inquiry, and the ways in which his work begets more work.

In so doing, we reaffirm the values that characterize the MacDowell residency program. Although MacDowell residencies have resulted in an immeasurable bounty of innovation and creation, there is no requirement to produce artistic work while in residence. MacDowell trusts in the process of inquiry and honors that process with the unconditional gift of time, space and freedom to seek answers and offer propositions through the eloquence of artistic creation. The Edward MacDowell Medal recognizes how deeply Charles Gaines has enriched us by daring to ask a myriad of profound questions that challenge our long-held assumptions. In a similar way, MacDowell residencies recognize the value we place on enabling creative individuals to continually open our eyes and hearts by confronting fresh ways of experiencing the world we inhabit. One need not be a MacDowell Trustee, nor even a patron of the arts, to appreciate the importance of this creative work.