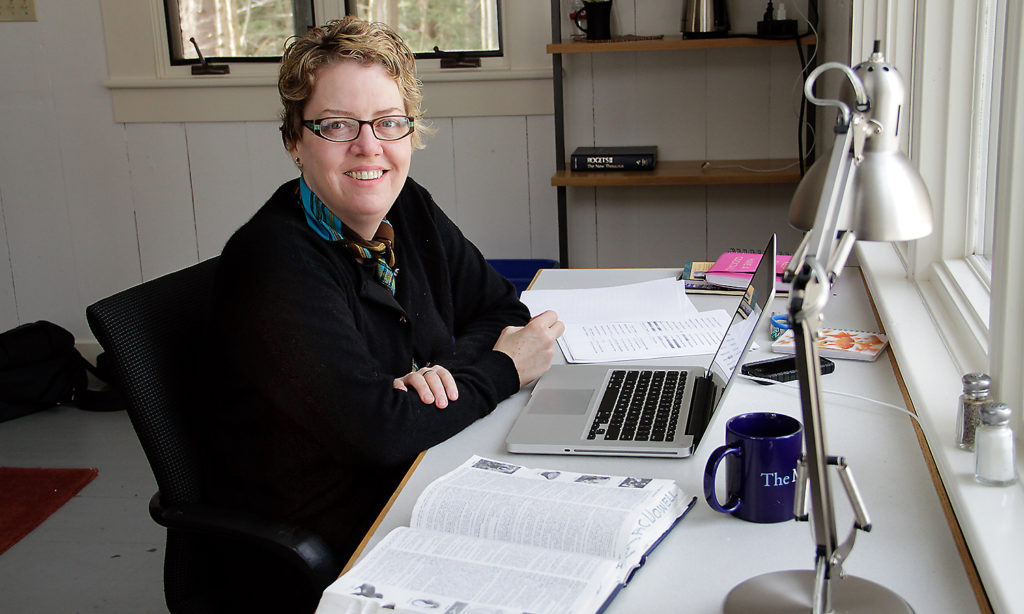 “When I arrived, many colonists told me that time would stand still, and maybe that kind of suspended animation teaches you how to best utilize your time and talents,” said Kennedy. “It's like looking at the world in a new way.”

This experience was made possible by The Concordia Foundation, which since 2009 has donated fellowships for artists from regions that are underrepresented at MacDowell. Kennedy and two other artists—writer Melanie Jennings of Portland, OR, and visual artist Pinar Yoldas of Durham, NC—were named Concordia Foundation Fellows for their residencies over the past year. By supporting artists from various regions of the country, the Foundation is helping MacDowell Colony to cultivate a more diverse community of artists.

And the fellowships have an immediate impact for the artists too. Kennedy used his time to finish three pieces of music, including a commissioned work for piccolo and piano called Desplazamiento, which he has since recorded with Kate Prestia-Schaub for her debut CD. Yoldas, who uses a variety of media to reimagine anatomical forms, finished several large-scale paintings and sculptures, began a new series of watercolors, and even found time to upgrade her website. The sculptures appeared in the group show Weird Science at the Richard Levy Gallery in Santa Fe, New Mexico last November.

For Jennings, the trip to Peterborough had very real parallels with the novel she is writing.

“From the minute I stepped onto the plane in Portland, traveling across the country put me in a different frame of mind,” she said. “Coincidentally, being a foreigner in a new place is a central theme of my novel. It's also set in the distant future, so breaking the spell of my daily life helped me write more confidently about strangeness.”

The progress that Jennings made on the book has continued after her residency. To explain that momentum, she points to the opportunity to work for long uninterrupted periods of time at the MacDowell Colony. But the residency continues to count in other ways too, she said. “It absolutely still resonates because I made friends there with other writers whose work I'm now critiquing, and getting my own work critiqued by them in return.”

Back home in Oregon now, Jennings said her time in New Hampshire has stayed with her, improving her process as well as her confidence in her work. “So much about my residency experience changed my life, and I am so very grateful to call MacDowell a spiritual ‘home.’ ”

Martin Kennedy: How His Residency Improved His Working Process

“Being allowed to work without interruption was even more important than I thought it would be and I found that it improved both the way I work and how I think about my working process. At the same time, I met some wonderful friends here and I was so happy to be in an environment where I could learn about new writing, artwork, etc. I've always taken inspiration from other fields, so interacting this closely with other artists was especially thrilling. Being in an environment this beautiful does incredible things for inspiration. And working around artists who are so passionate about their art and the art of others is very motivating. It's easy to get jaded as you get older, but this kind of vibrant atmosphere brought me back to the days when I was a student — when I was eager and optimistic. Finally, it seems strange to say it, but at this point in my career I feel that I'm only just learning how to optimize my working process. When I arrived, many colonists told me that time would stand still, and maybe that kind of suspended animation teaches you how to best utilize your time and talents. It's like looking at the world in a new way. I think MacDowell has really changed my creative process for the better, and it's something that I will have forever now.”