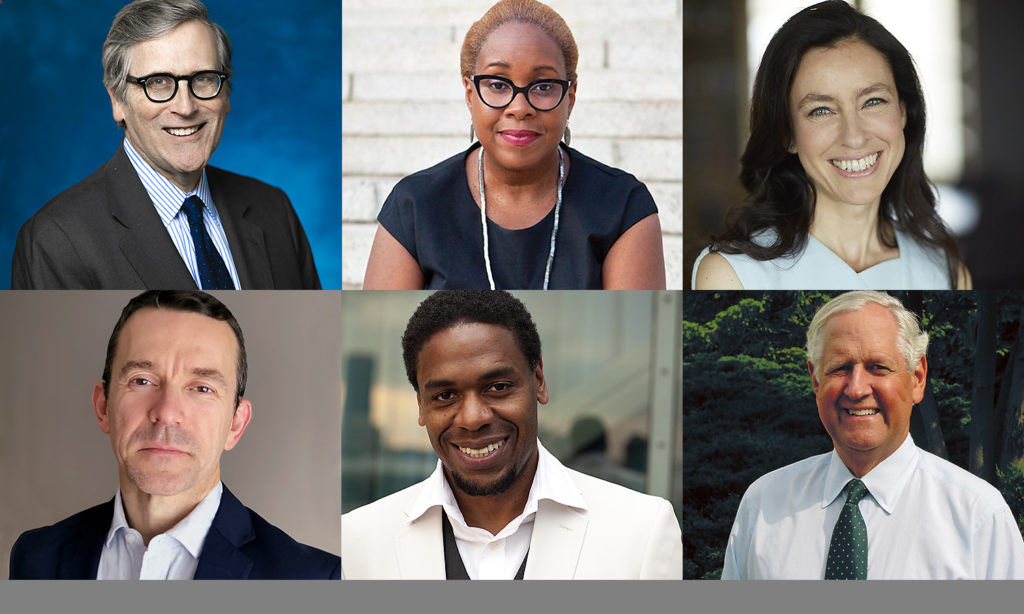 Group will be dedicated to helping guide the mission of one of the nation’s leading contemporary arts organizations.

FOR IMMEDIATE RELEASE: – New York – The MacDowell Colony Board of Directors has elected six new members to its ranks, adding diverse talent and experience to an all-volunteer board that is focused on guiding one of the nation’s leading contemporary arts organizations into the future. Its new members cover a broad range of interests and expertise. The Board of Directors Chairman is Pulitzer Prize-winning author Michael Chabon.

“These extraordinary people will be excellent additions to our hardworking Board of Directors,” said Executive Director Cheryl Young. “Their skills and creative interests will help MacDowell grow and thrive. Residency programs are not your run of the mill nonprofit and a multidisciplinary one like MacDowell requires a polyphony of talent to advise, raise funds, and do the hands on work of running a national organization. I can’t say enough about our board, which has helped guide and develop The Colony in countless ways. So many artists have been helped as a result of their service.”

The MacDowell Colony Board of Directors is composed of 57 volunteer members with varying professional and artistic backgrounds. Its members, half of whom are artists, are engaged in the wider Colony community in Peterborough and nationally, collaborating with board colleagues, staff, and volunteers to secure and sustain the Colony’s mission through active participation in board meetings and committees, serving as advocates for the Colony’s residency program that awards fellowships to 300 artists each year through a competitive application process.

Darrell Harvey is Co-Chief Executive Officer of The Ashforth Company of Stamford, CT, and worked as an attorney in Boston and Brooklyn, NY.

Terrance McKnight, who spoke as an introductory speaker during the Colony’s Medal Day ceremony honoring composer Gunther Schuller in 2015, is a producer and evening weekday host at WQXR radio in New York and accomplished pianist.

Paul Reyes is the editor of Virginia Quarterly Review, a former editor of The Oxford American, and is an award-winning essayist.

Amy Davidson Sorkin is a member of the Council on Foreign Relations and is a staff writer at The New Yorker as well as former newyorker.com site editor. MacDowell Fellow in architecture

Mabel O. Wilson (10, 17) is an architectural designer, artist and cultural historian. She has authored Begin with the Past: Building the National Museum of African American History and Culture (2016) and Negro Building: African Americans in the World of Fairs and Museums (2012).

Full new board member biographies:
Darrell Harvey is Co-Chief Executive Officer of The Ashforth Company, a real estate company headquartered in Stamford, CT, with interests in Fairfield County, CT, NYC, Boston, Seattle, Denver, Salt Lake City, Austin, Washington D.C. and Portland, OR. Prior to joining Ashforth, Harvey was an attorney at the Boston law firm of Hill & Barlow and worked for the Bedford-Stuyvesant Restoration Corporation in Brooklyn. He serves on the Board of Directors of Unico Properties, Benchmark Assisted Living and Warburg Realty Partnership. Harvey is the former Chairman of the Board of the Business Council of Fairfield County and is currently on its Executive Committee. He was formerly Chairman of the Board of the Stamford Hospital and is currently Co-Chairman of the Board of the Stamford Hospital Foundation. He is a former member of the Boards of St. Mark’s School and St. George’s School and a member of YPO Gold, CEO, and the Urban Land Institute. He is a cum laude graduate of Harvard College and holds a J.D. from the University of Virginia Law School, where he was an editor of the Virginia Law Review.

Terrance McKnight has one of the more familiar voices in New York as an evening host at classical radio station WQXR. He moved to New York in 2008 to work for WNYC and a year later joined the lineup at its sister public-radio station WQXR. Some of McKnight’s most notable work is a series of hour-long audio documentaries for which he was writer, producer, and host. They include profiles of Dr. Martin Luther King, Jr., and the place music held in his life; Florence Price, the first African-American woman composer to have a piece played by a major symphony orchestra; poet Langston Hughes and his collaborations with composers and musicians; and Leonard Bernstein as viewed through his commitment to racial justice in classical music. McKnight has been programming music and other audio for the Museum of Modern Art as part of exhibitions of artwork by Jacob Lawrence, Francis Picabia, Robert Rauschenberg, and Charles White.

Paul Reyes is the editor of the Virginia Quarterly Review, where he develops a variety of content, including investigative reporting, essays, photography portfolios, poetry, criticism, and fiction. Prior to joining VQR, he was a senior editor with The Oxford American. His work as an editor has led to several nominations for the National Magazine Award, Overseas Press Club Awards, and inclusion in the Pushcart Prize as well as several Best American anthologies. His essays and reporting have appeared in VQR, The Oxford American, Harper’s, The New York Times, Literary Hub, Mother Jones, and elsewhere. His writing has earned him a Literature Fellowship in Nonfiction from the National Endowment for the Arts, a nomination for the Harry Chapin Media Award, and a nomination for the National Magazine Award in Feature Writing.

Amy Davidson Sorkin is a staff writer at the New Yorker, where her regular contributions include the magazine’s “Comment” feature. Sorkin has been at the New Yorker since 1995, and as a senior editor for many years she focused on national security, international reporting, and features. She then helped to reconceive newyorker.com, and served as the site’s executive editor. Sorkin graduated from Harvard College and is a member of the Council on Foreign Relations. She lives in New York City.

Mabel O. Wilson is a professor in architecture and African American and African diasporic studies, a co-director of Global Africa Lab, and the Associate Director of the Institute for Research in African American Studies (IRAAS) at Columbia University. She has authored Begin with the Past: Building the National Museum of African American History and Culture (2016) and Negro Building: African Americans in the World of Fairs and Museums (2012). With her practice Studio &, she is a collaborator in the architectural team currently developing designs for the Memorial to Enslaved African American Laborers at the University of Virginia. Her work has been featured at the Venice Architecture Biennale, Architekturmuseum der TU Mūnchen, Storefront for Art and Architecture, Art Institute of Chicago, Istanbul Design Biennale, Wexner Center for the Arts, and the Smithsonian’s Cooper Hewitt National Design Museum’s Triennial. Mabel was in residence at MacDowell in 2010 and 2017.

Peter Wirth is head of investment banking at KBW, a seat he inherited from MacDowell Colony's fearless President Andy Senchak. Though orchestrating mergers and acquisitions by day, Peter has been a strong supporter of The MacDowell Colony in more creative hours and looks forward to continue to further the Colony and its mission. Peter has a lengthy affiliation with the creative arts including writing and singing credits on the iconic MBA's album Born to Run Things produced while he was at Harvard Business School down to the current day including helping produce an award winning documentary on the life of ski movie impresario, Warren Miller. Peter is also on the boards of Educate! (an organization devoted to fostering school-age entrepreneurs in Uganda) and the African Rainforest Conservancy.

CONTEMPORARY for 112 YEARS:
Composer Edward MacDowell and pianist Marian MacDowell, his wife, founded The MacDowell Colony in 1907 to nurture the arts by offering creative individuals of the highest talent an inspiring environment in which to produce enduring works of the imagination. In 1997, MacDowell was honored with the National Medal of the Arts. Each year, MacDowell welcomes more than 300 architects, composers, filmmakers, interdisciplinary artists, theatre artists, visual artists, and writers from across the United States and around the globe. More than 14,800 residencies have been awarded in the last 112 years. Recipients have included Ayad Akhtar, James Baldwin, Ta-Nehisi Coates, Louise Erdrich, Osvaldo Golijov, Cathy Park Hong, Glenn Ligon, Dee Rees, Vijay Seshadri, Ann Patchett, Colson Whitehead, and Julia Wolfe. Pulitzer Prize-winning author Michael Chabon is the chairman of MacDowell’s board of directors.