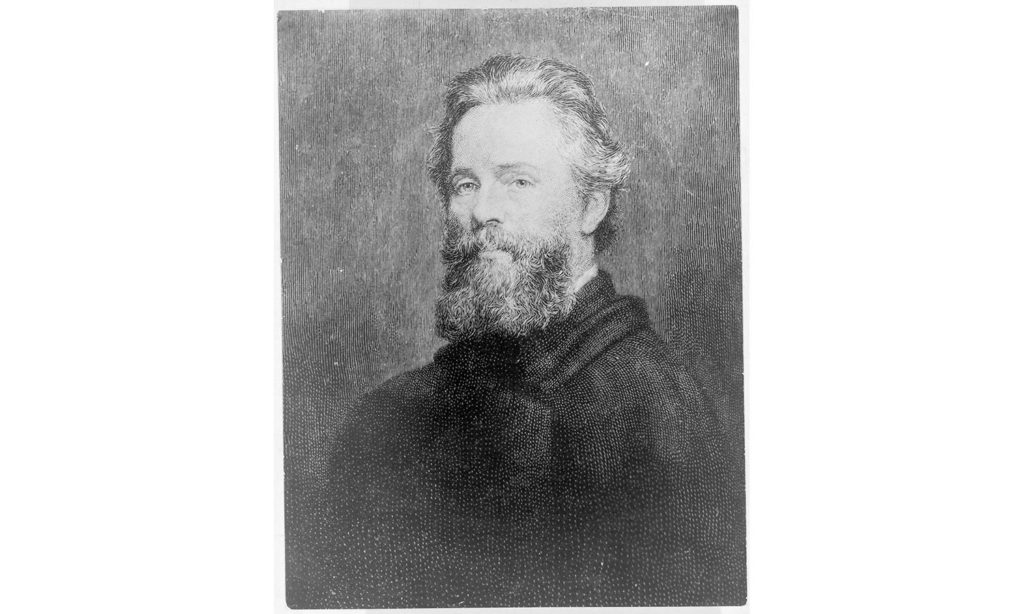 Decades ago, someone said in a literature seminar I attended that while America’s founders built the edifice of American democracy it was Walt Whitman who gave America its inner meaning and created the American social bond. As expansive and Whitmanesque as this claim seems, I thought it was true the moment I heard it, and true not just as a statement of historical fact (one that some people might dispute) but also because of what it revealed about the relationship between American identity and imagination. Imagination can survive in terrible political systems — in autocracies and tyrannies, under totalitarianism. (I once heard Jorge Luis Borges say, jokingly, in an on-stage interview, that censorship is good for writers because it forces them to be ingenious.) But the political system we call democracy can’t survive without imagination, which makes it possible to see ourselves in others and others in ourselves; and a particularly strong and vital current of imaginativeness needs to be generated to jump the wide gaps between people in a society that is, and has been since its beginnings, as diverse as America.

In his canonical writing (there are controversies these days about what he said and meant in some of his incidental writing), Whitman generated that current. Whether it has been actualized or not, the American idea depends on an identification with a self that transcends the suspicions and imbrications of gender, racial, social, and class differences. (A lot of Americans believe, of course, that those differences shouldn’t be transcended but, instead, enacted; a few of them are even thoughtful Americans, who see certain strains of Transcendentalism as a means by which to obscure inequality through mysticism.) Most, and maybe all, people have an intuition of the self that Whitman celebrated, but he embodied it, made it concrete and external and enduring, a vehicle of actually living and deciding and interacting. He persuaded us (in a poetry as powerful and plastic as Shakespeare’s) that this self — the imaginative self that stands apart and creates meaning — is our real self, transpersonal, democratic, the self that both created and was created by America. America, nation of nations, bound together by a transcendental self — an image those who have grown up in America have acquiesced to, whether they knew it or not, and did so, arguably, because of Whitman and his persuasiveness.

That conviction I had about Whitman decades ago is, though, one that, with a certain unhappiness, I’m reexamining now. Whitman the person is an important model in this moment of pandemic crisis and fear. The delicacy and tenderness in his poetry (which give a profound credibility to his grand and prophetic moments) was a feature of his life, too. He labored, most significantly, for three long and valiant years, as a volunteer nurse to wounded and dying soldiers during the Civil War. But while he seems to glow even brighter as a person today, Whitman’s persuasiveness as a poet has been taking some hits lately. This was already happening last year, months before a virus conspired with an inconceivable failure of leadership to bring us to the terrible patch of American history we are about to go through.

Whitman was widely honored in 2019. If you were a practicing poet living in New York (or anywhere else in America) in that year, the bicentennial year of his birth, you would probably have come into direct contact, in one way or another, with a Whitman bicentennial event. You might have gone to one, or read from Whitman in one, or wondered why you weren’t invited to read in one, or said to yourself about one, “God, not more Whitman,” or experienced some combination of the aforementioned. He was everywhere. But his ubiquity had an unanticipated element in it, an edge. There was a muffled but distinct dissonance in the sound pattern of public Whitmania, and it wasn’t hard to figure out where this element came from. “It cannot fail,” he says in “Song of Myself,” but 2019 was a year in which a lot of people were wondering if the American social bond could fail, or had failed, if Whitman’s mystic bond (always more imaginary than actual — though that didn’t make it any less real) had frayed or had even snapped. Was it rather than the hope of the future (the last sentence of “Song of Myself” is “I stop somewhere waiting for you”) an unrealized alternative of the past? The Whitman events I participated in in 2019 had a faint but persistent gloom to them. People have been exasperated with Whitman ever since he appeared on the scene, but maybe never before had he provoked gloom, however faint.

But if Whitman provoked gloom in 2019 that feeling at least had a coherency and containment to it, and could be thought of as temporary. In 2020, in the middle of a lockdown that proceeds from something unimaginable, it’s hard to know what Whitman, the poet preeminently of human contact, might be provoking. Newspaper stories about Keats quarantined in Naples or Shakespeare writing King Lear during a summer of plague or Samuel Pepys documenting the plague in London during the Restoration can provide the momentary relief of the long view. But lines like these, from “Crossing Brooklyn Ferry” (lines of the utmost magnificence that characterize the “adhesiveness” that defines Whitman’s vision),

Ah, what can ever be more stately and admirable to me than mast-hemm’d Manhattan?
River and sunset and scallop-edg’d waves of flood-tide?
The sea-gulls oscillating their bodies, the hay-boat in the twilight, and the belated lighter?

What gods can exceed these that clasp me by the hand, and with voices I love call me promptly and
loudly by my nighest name as I approach?
What is more subtle than this which ties me to the woman or man that looks in my face?
Which fuses me into you now, and pours my meaning into you?

are almost unbearable for the immediate and tragic irony they incite. Whitman was a poet of ecstasy. His work can’t bear the touch of irony of that kind.

Eighteen nineteen, though, was an excellent year for American literature in the greater New York area. A couple of months after Whitman and about 40 miles away, another great American poet (broadly identified as a poet, novelist, and short story writer, he was exclusively a poet, and a tremendous poet, for the 20 middle years of his career), Herman Melville, was also born. If, as many people are saying, the siege we’re under now is going to change society permanently, Americans couldn’t do any better than to look to Melville for a model of their country and a representation of its inner nature to fortify them through the coming months and years. Why Melville? First, because he had a towering tragic consciousness, which was exactly what was missing in the initial spectacle of indifference and ignorance that made what was going to be a terrible crisis anyway so much more terrible; next, because as much as Whitman is the poet of ecstasy Melville is the poet of responsibility; and, most important, because Melville gave us in Moby-Dick (the greatest novel in the English language) a picture of American society that was descriptive when he wrote it and is descriptive now — the pre-programmed ideal America rendered not as aspiration but as documentation — a picture of a society defined not by identity (identity, though it exists, is, except for inevitable frictions here and there, irrelevant on the Pequod) but by the solidarity of a common purpose, a picture of America that Americans are going to have to cling to for the foreseeable future.

If you separate the community of the Pequod from the metaphysical grandeur of the narrative in which it’s enmeshed, from the madness of the quest to kill the white whale (and from the deplorable commercial enterprise of whaling), what is left is an American society whose functional diversity Melville took for granted (only after the Civil War, in American fiction anyway, did a deliberate forgetfulness of this actual America settle in), while rendering it at the same time with loving detail. Moby-Dick gives us a post-racial, post-class, post-gendered world: post-racial, most obviously, because practically the entire human species is on the vessel and everyone is granted not equality (the Pequod, is, after all, a commercial fishing boat, and we are, after all, in the 19th century) but dignity and humanity; post-class because the asymmetries of power are determined by differences in practical experience, and practical experience only; and, most subtly, post-gender because of how deeply Melville understood what is fundamental about people.

The world of the Pequod is a world of people who think of themselves as men. Paradoxically, that makes it easier for the underlying realities of human “adhesiveness” to make themselves apparent. The relationship between Queequeg and Ishmael is not only inter-racial but spousal. The submissiveness Starbuck displays toward Ahab is in a sense spousal, too, though Starbuck is an abused spouse. For the rest of the crew, interdependency is a given, and is what they recognize in tandem with their isolation. In a famous moment of the book, Melville celebrates the crew as “isolatoes,” each member living on a continent of their own, and this isolation is what gives depth to their need for one another. And Ahab, that monumental creation, the embodiment of imagination in action, imperious while at the same time cunning, tactical, manipulative, identifies only with Pip, the African-American cabin boy. Like Ahab, Pip has experienced in radical isolation the power and terror of nature, and, like Ahab, has been driven mad by the experience. In what might be the greatest of the many strokes of genius that shape the book, Melville contrives it so that only Pip can break through Ahab’s isolation. It is through Pip that Ahab discovers compassion in himself, and finds companionship. He takes Pip into his cabin. He cares for him. And the way Pip himself responds to Ahab is a model for how we should think of one another in a crisis like this one. Pip, who might be the conscience of the entire book, fears for Ahab not as a child fears for a parent but as a mother fears for her child.

Vijay Seshadri is a MacDowell Fellow (98, 04), board member and is a Brooklyn, New York-based Pulitzer Prize-winning poet, essayist, and literary critic.