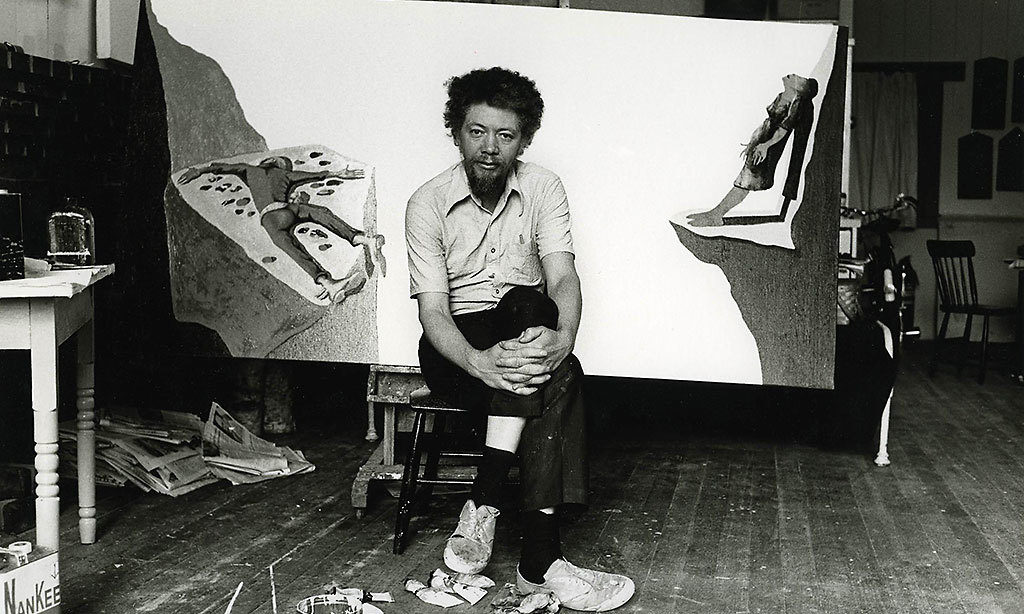 Benny Andrews (1930-2006) was born in rural Georgia, studied at the School of the Art Institute of Chicago, and moved to New York after graduating in 1958. There, he developed his expressive collage technique using cut fabric and paper in his oil paintings. He went on to develop a reputation as a socially-minded artist and advocated for greater visibility of Black artists. For the next four decades, he dedicated himself to activism and education in the community as he continued a prolific output of work.

In 1969, he co-founded the Black Emergency Cultural Coalition, which demanded greater visibility for people of color in art museums and the historical canon. He came to MacDowell four times, in 1973, 1974, 1975, and 1978. During the first three residencies, he was immersed in his “Bicentennial Series,” a six-year cycle begun in 1970 in anticipation of the 200th
anniversary of the United States’ founding in 1976. After reading several New York Times articles covering Nixon’s Bicentennial Commission and its plan for America’s Bicentennial, Andrews realized that the celebrations would be organized by institutions similar to those he had been protesting in New York, so he set to work to create his own vision of America, one that wouldn’t omit Black voices. Each year was dedicated to the production of a single monumental painting, with dozens of drawings and painting studies made in the planning process. Studies for Sexism, his 1974 painting in the “Bicentennial Series,” is behind the artist in his MacDowell page photo.

In 1977, Andrews drew a series of illustrations for his brother Raymond’s first novel, Appalachee Red, which was published the following year. In 1979, the book received the first James Baldwin Prize for Fiction, and both brothers attended the award ceremony, where Baldwin personally presented Raymond's award.

During his fourth residency at MacDowell in 1978, Andrews met artist Nene Humphrey (78, 08, 11), and the two became good friends. They married eight years later.

From 1982 to 1984, Andrews served as the director of visual arts for the National Endowment for the Arts. In this position, he had the chance to advocate for fellowships and grants to go to talented Black artists who may otherwise have escaped notice. He continued to make work throughout the 80s, 90s and into the next century.


Below, you can watch an interview with the artist in Benny Andrews – In His Own Words

Benny Andrews - In His Own Words 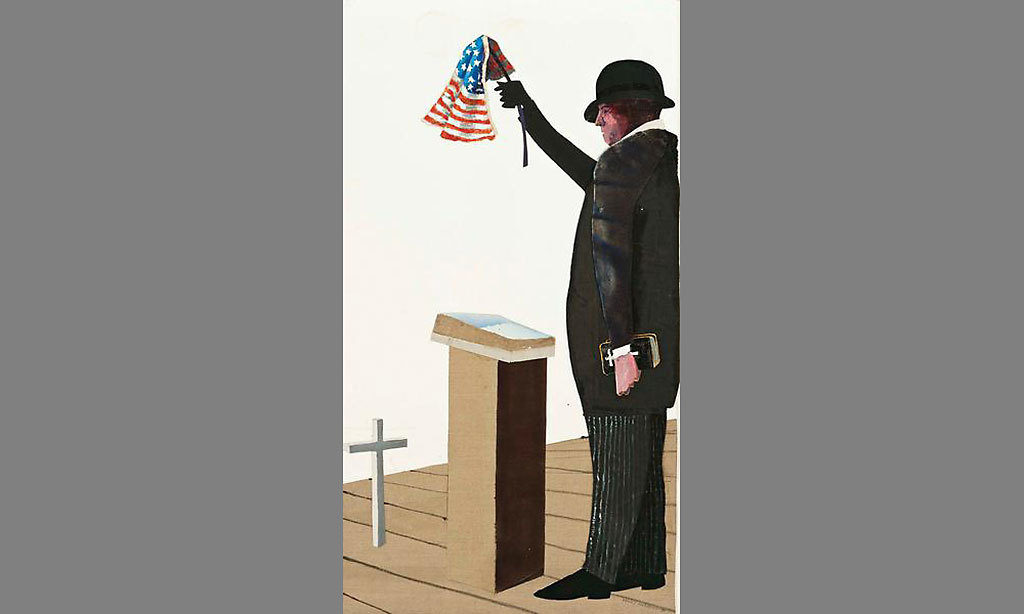 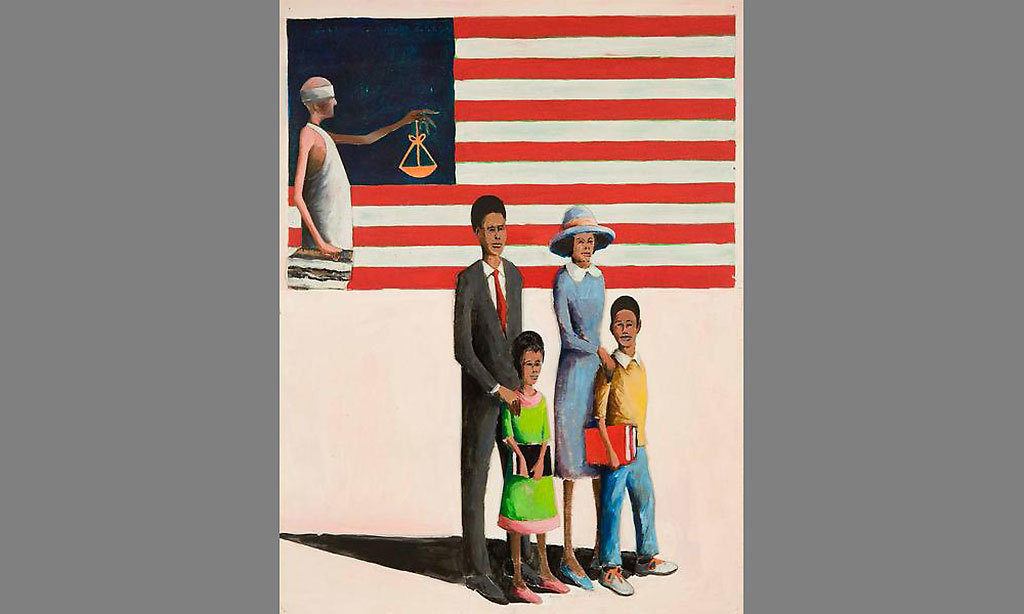 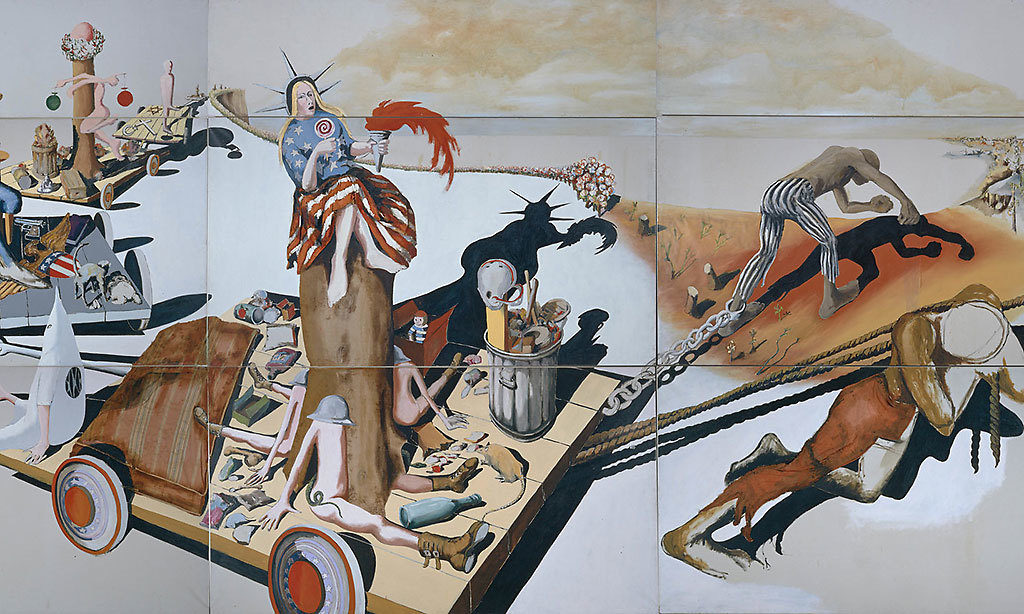 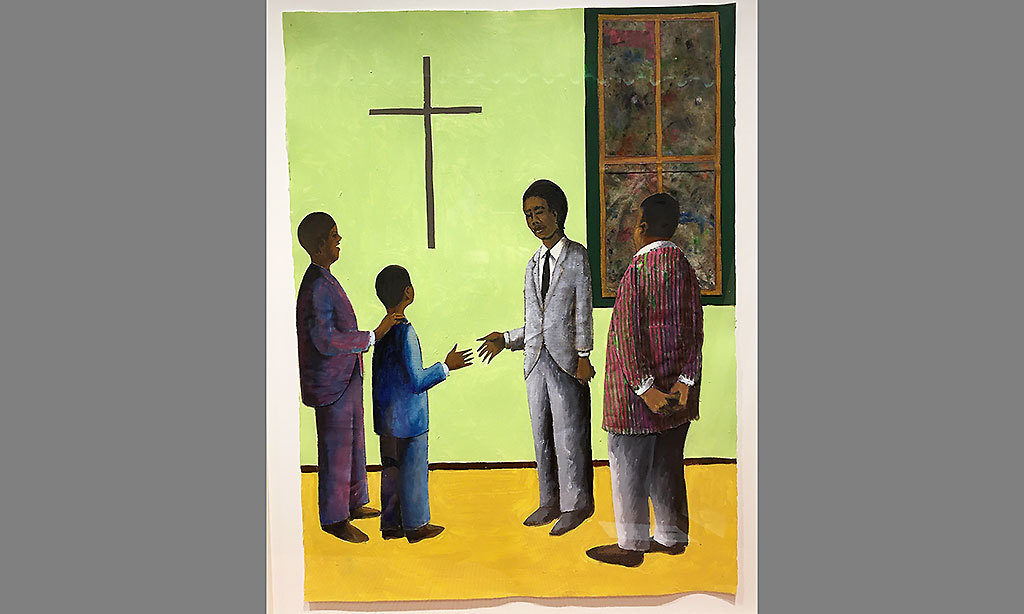 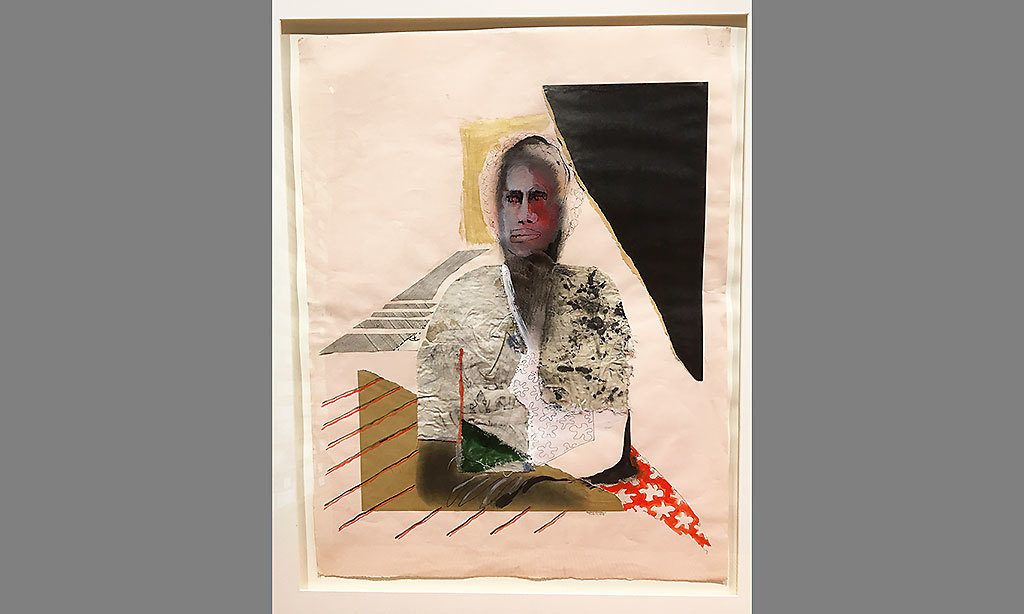