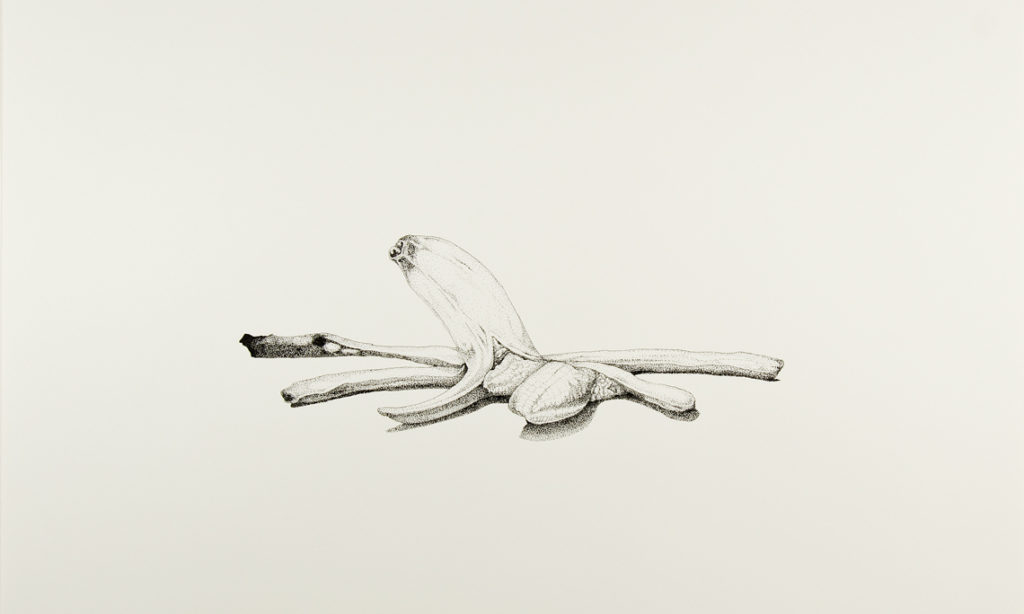 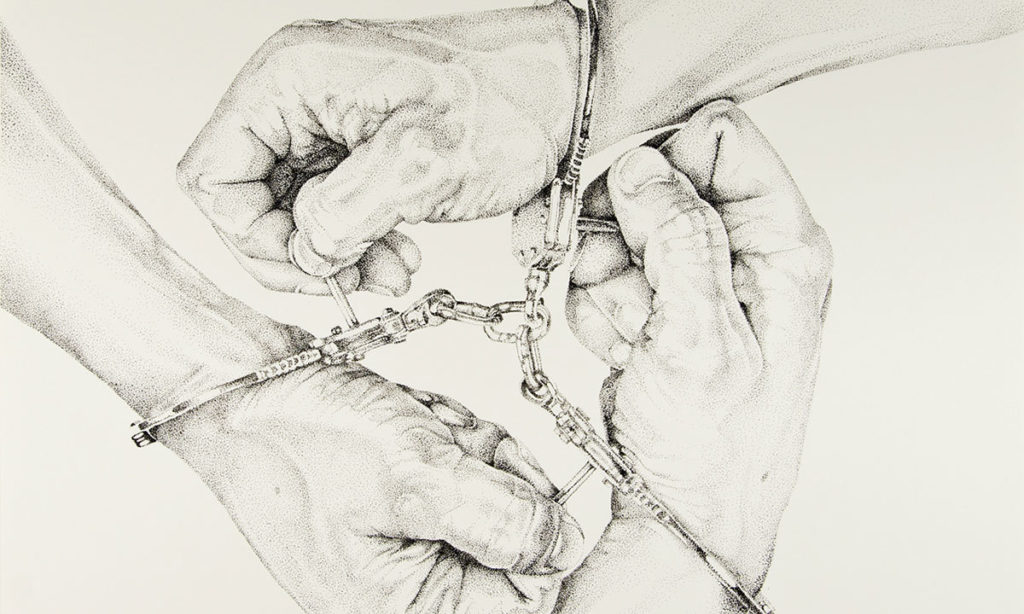 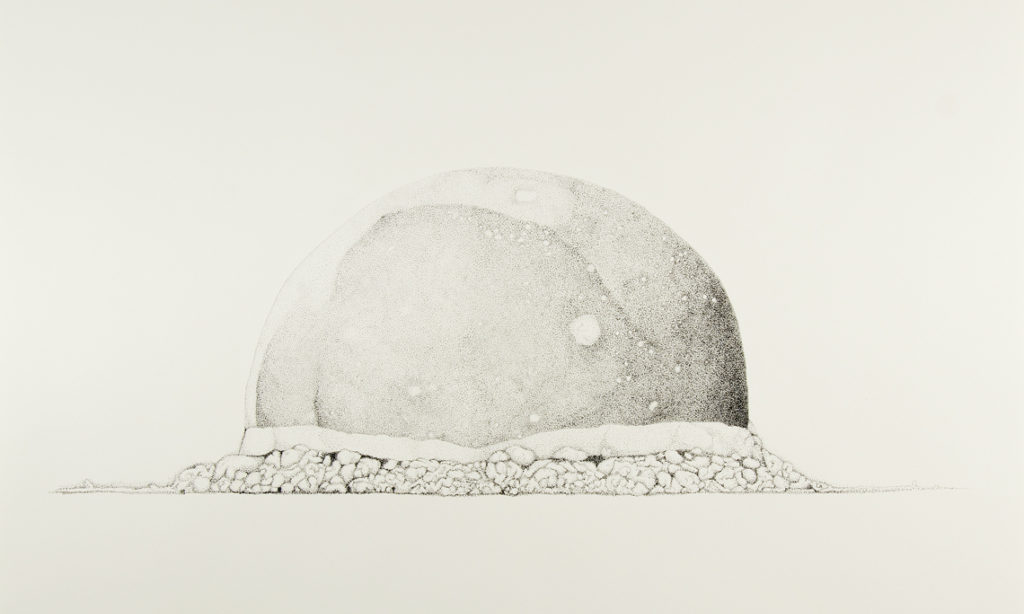 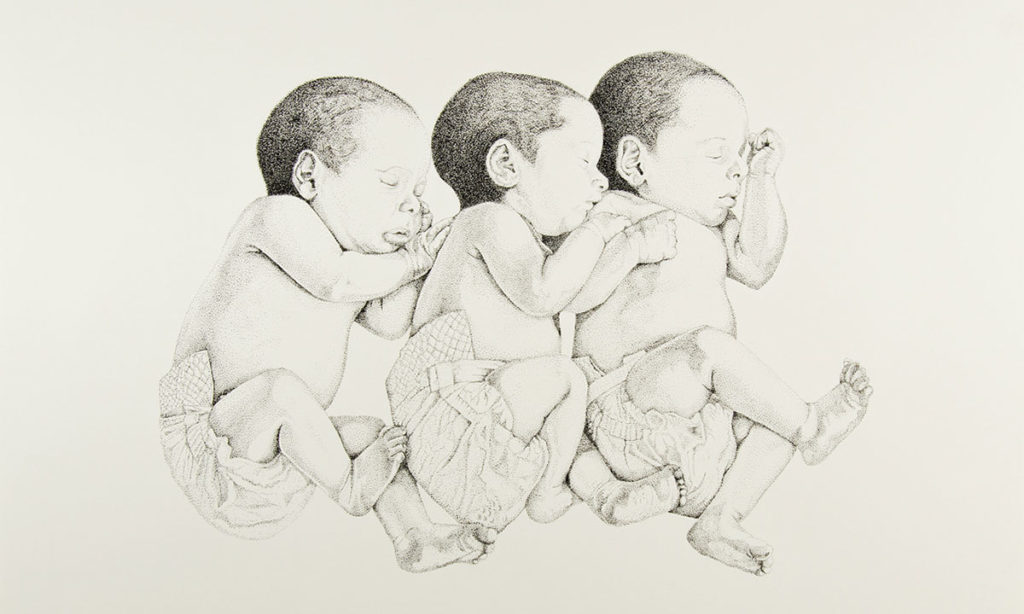 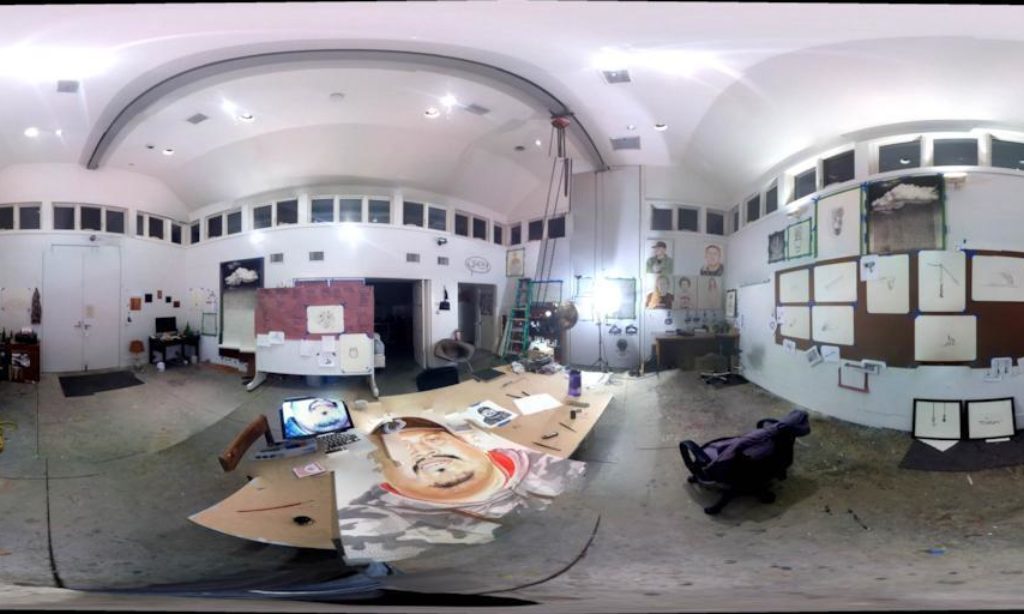 The collaborative trio of John Sutton, Ben Beres, and Zac Culler make installations that mix media including sculpture, painting, drawing, and video. The three artists, who have been making art together for nearly 14 years, met as sculpture students at Cornish College of the Arts in Seattle and immediately saw the logic of collaborating on installations and large objects. During their first residency, in the winter of 2010, the three concentrated on two major installations. The first, Wunderkammer, was installed at the San Jose International Airport, while the second, called Panoptos, amounted to a custom-made camera on a continuous track before three art-filled walls in Seattle’s Henry Art Gallery at the University of Washington. While at MacDowell this time around, the three worked on developing a drawing style that they could each contribute to that would blend their individual contributions. They also worked on large scale portraits, watercolors of everyday objects, and developing brass sculpture for upcoming installations and exhibits at Planthouse Gallery in New York, Greg Kucera Gallery in Seattle, and Monique Meloche in Chicago.

The icehouse, built of fieldstone in 1914–1915, was a practical part of Mrs. MacDowell’s plan for a self-sufficient farm. Winter ice cut from a nearby pond was stored here for summer use on the property. Idle since 1940, it was a handsome but outdated farm building. In 1995, Mrs. Drue Heinz, a vice chairman of…