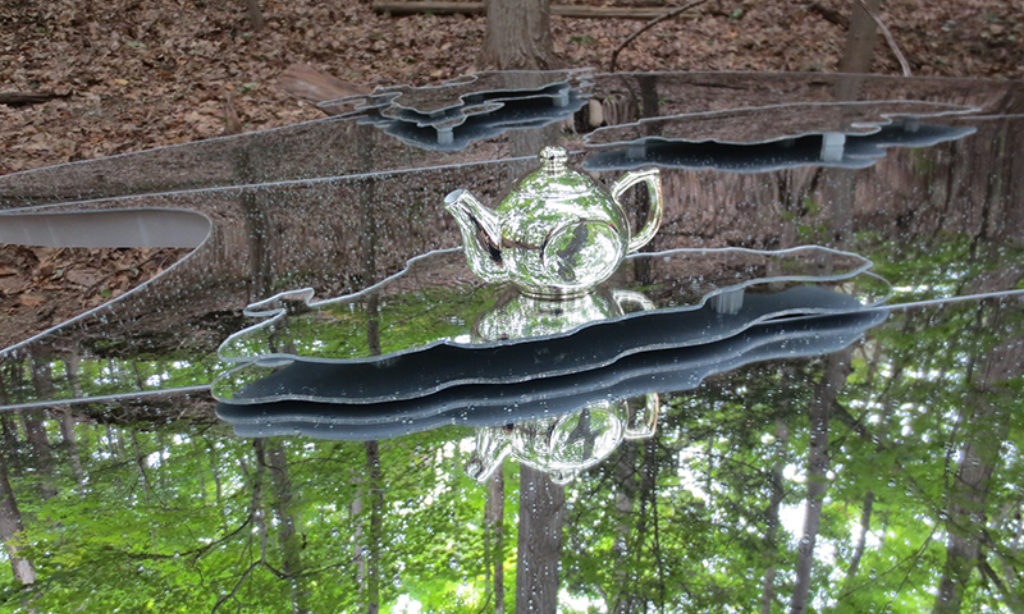 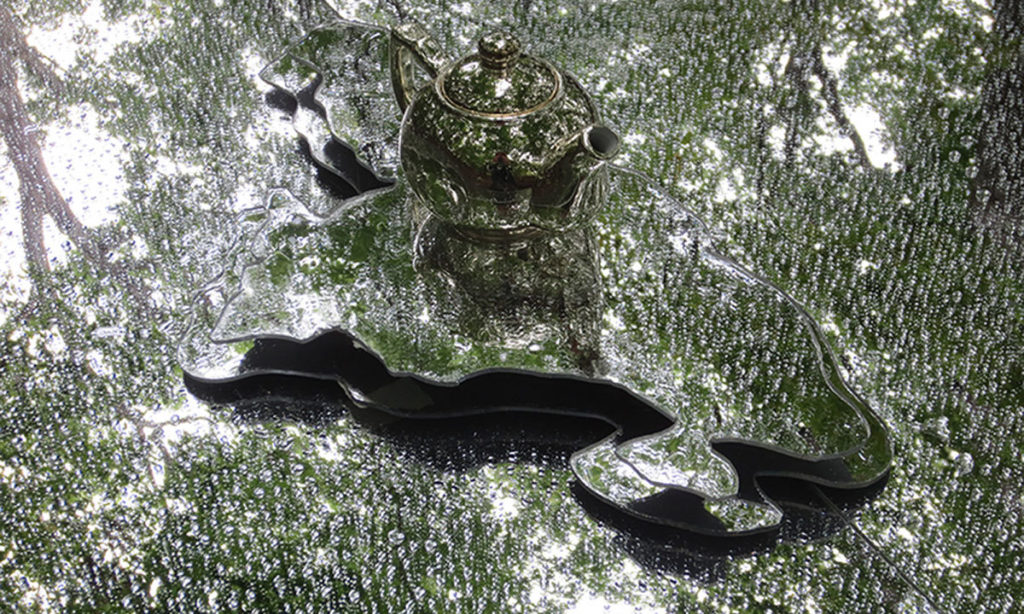 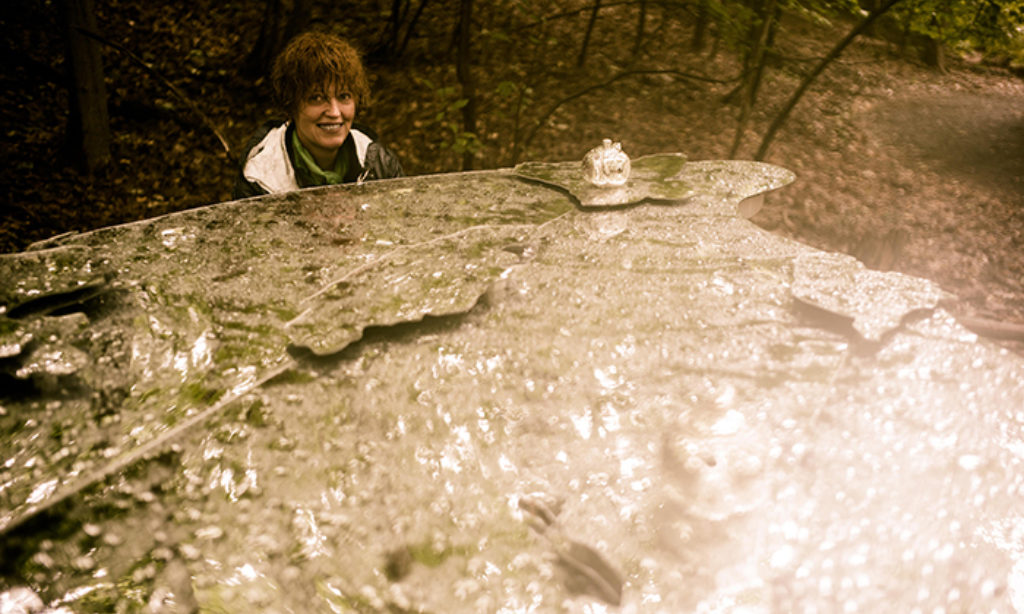 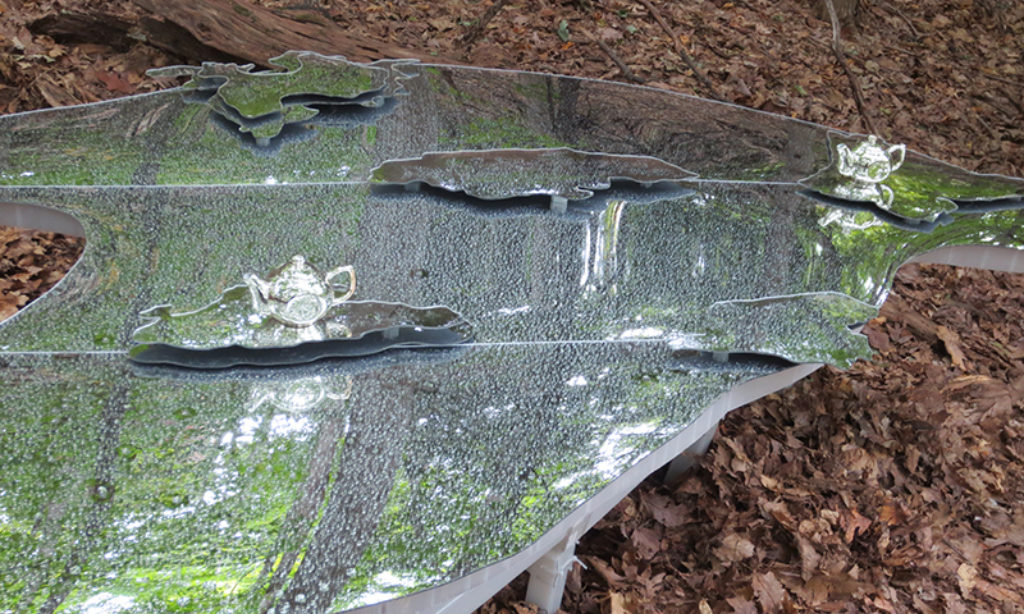 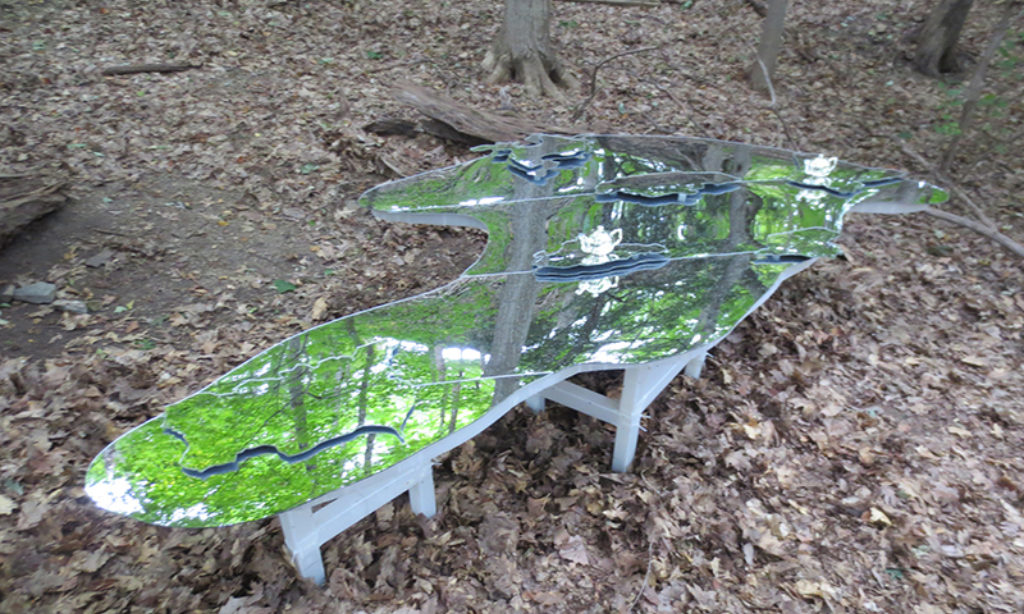 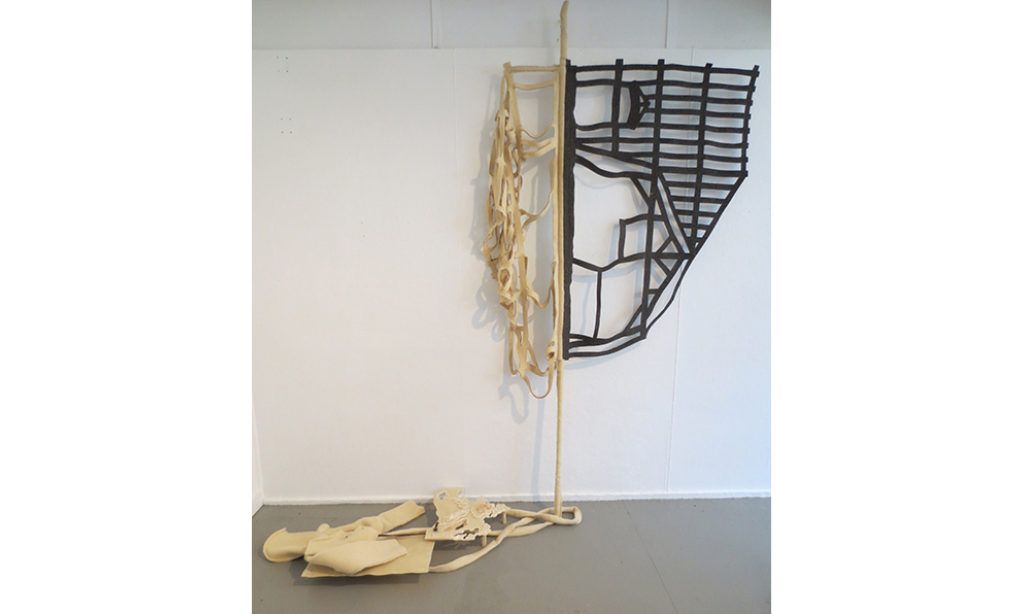 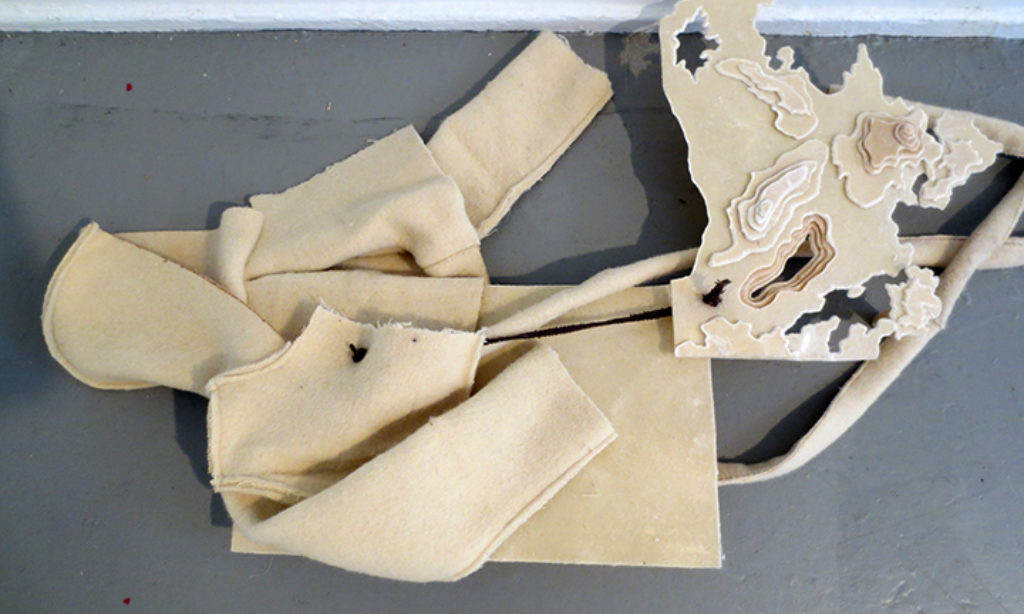 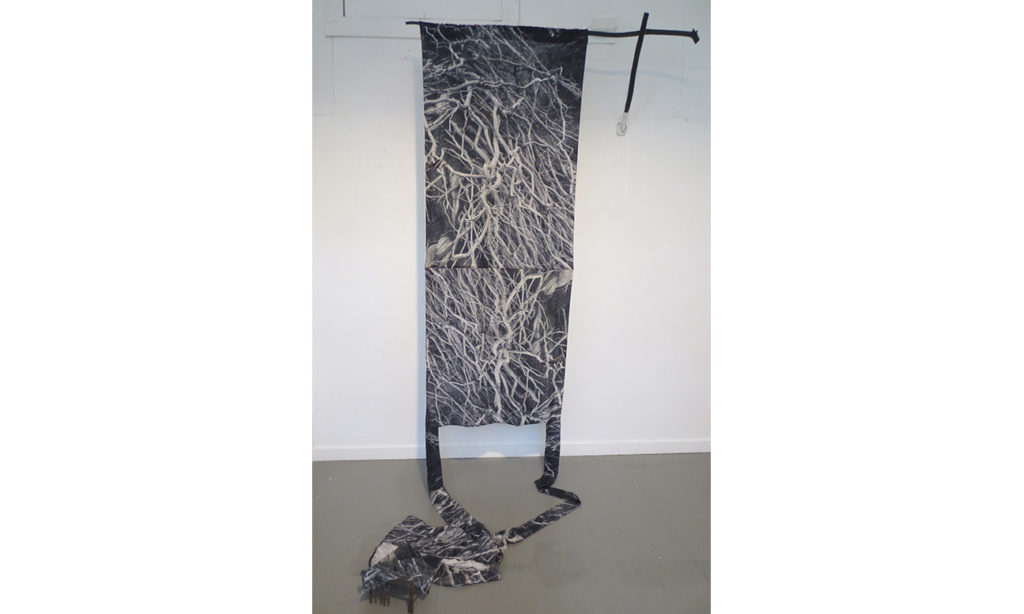 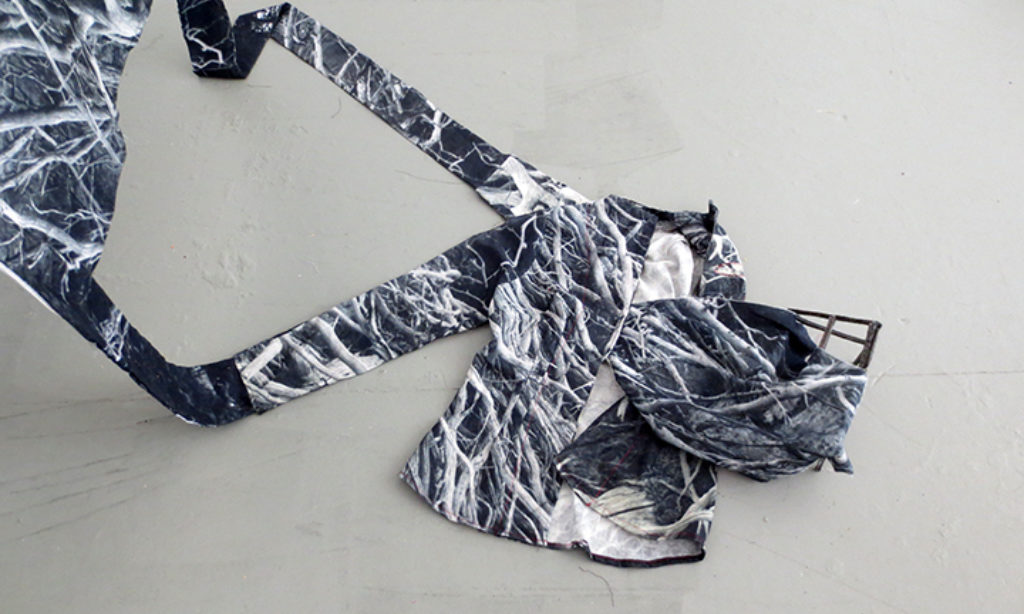 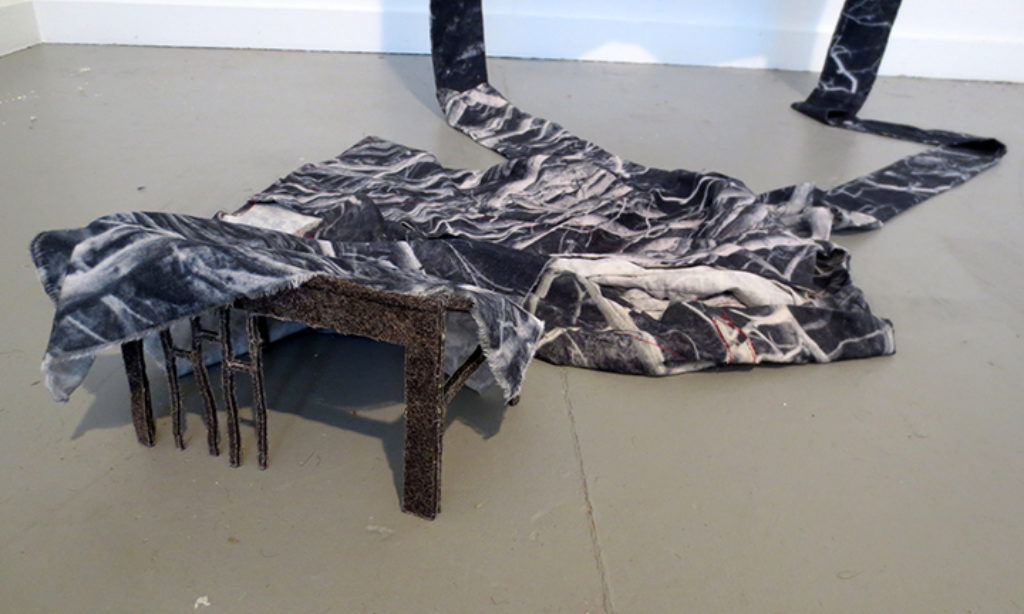 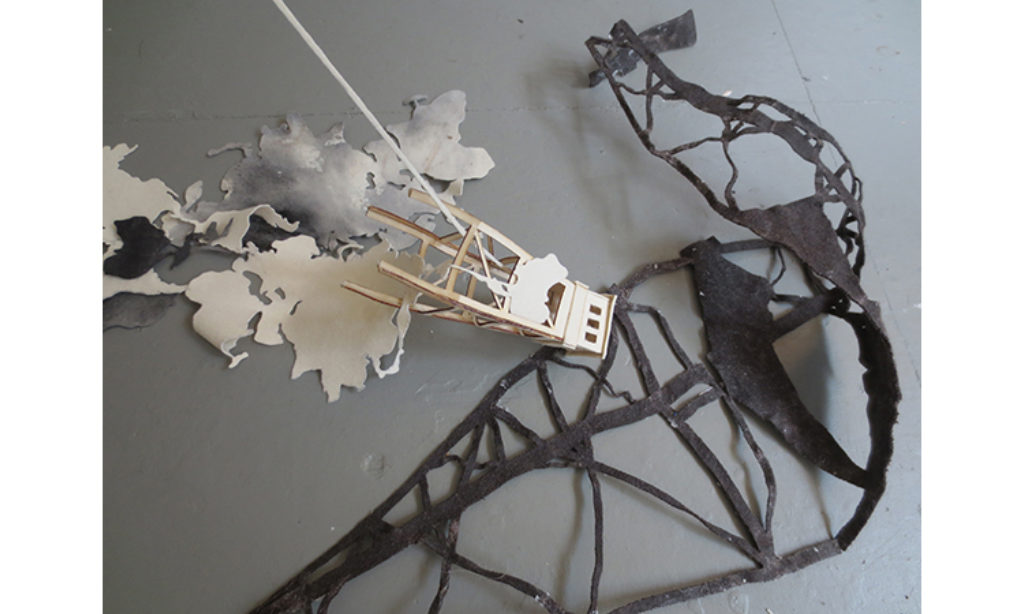 Ellen Driscoll’s work encompasses sculpture, drawing, and public art installation. Recent large-scale installations include Night to Day, Here and Away for the Sarasota National Cemetery, Distant Mirrors for the Providence River, FastForwardFossil #2 at Smack Mellon in Brooklyn, and Revenant and Phantom Limb for Nippon Ginko, Hiroshima, Japan. Earlier works include The Loophole of Retreat at the Whitney Museum at Phillip Morris, As Above, So Below for Grand Central Terminal (a suite of 20 mosaic and glass images for the tunnels at 45th, 47th, and 48th Streets), Catching the Drift, a restroom for the Smith College Museum of Art, and Wingspun for the International Arrivals corridor at Raleigh Durham airport. Driscoll has been awarded fellowships from the Guggenheim Foundation, the National Endowment for the Arts, the Bunting Institute at Harvard University, the New York Foundation for the Arts, the Massachusetts Council on the Arts, the LEF Foundation, the Rhode Island Foundation, Anonymous Was a Woman, and most recently a 2014 Fine Arts Award from the American Academy of Arts and Letters. Her work is included in major public and private collections including the Metropolitan Museum of Art, and the Whitney Museum of Art.