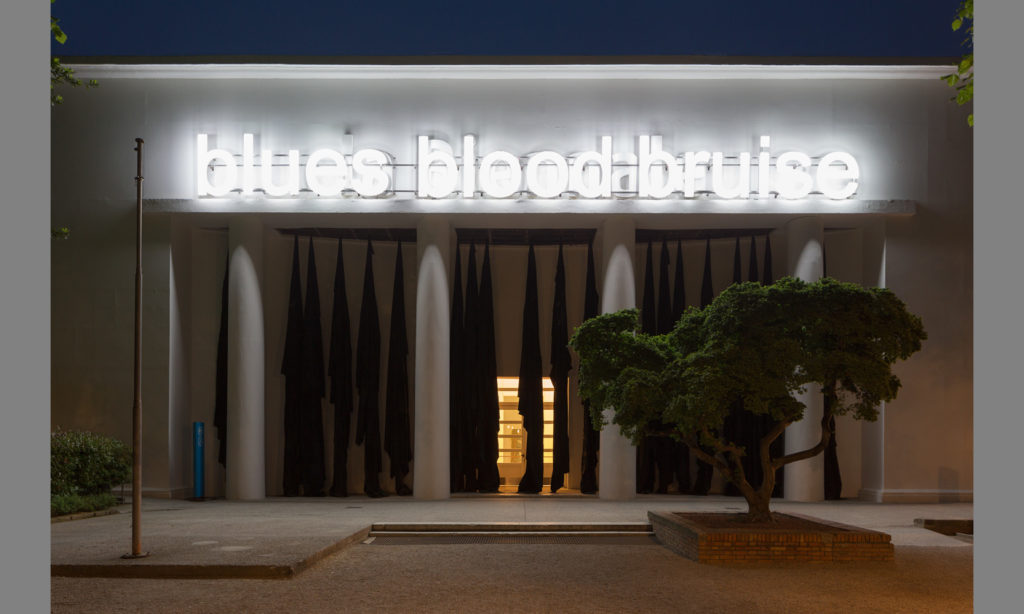 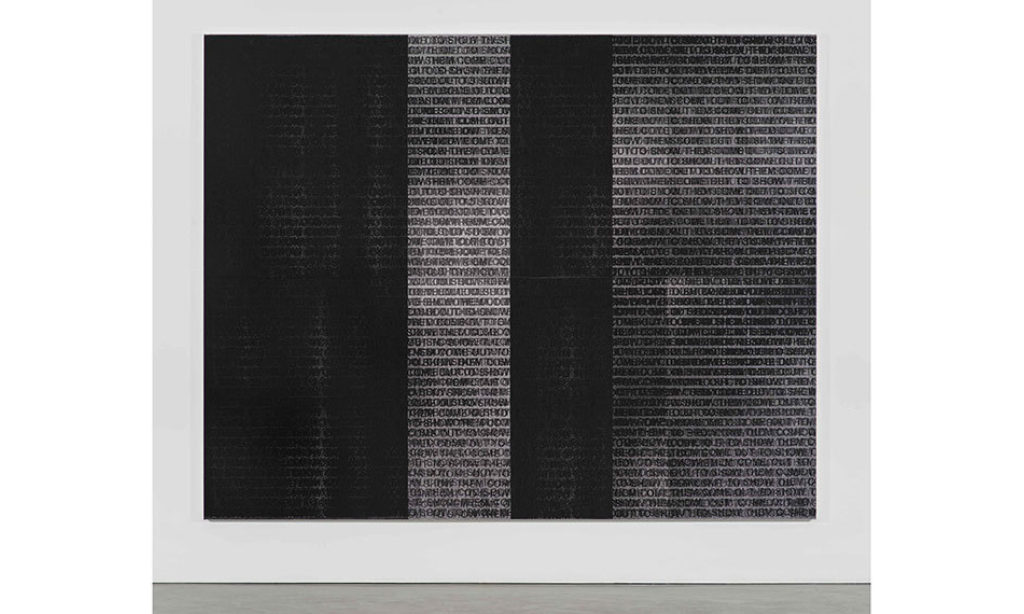 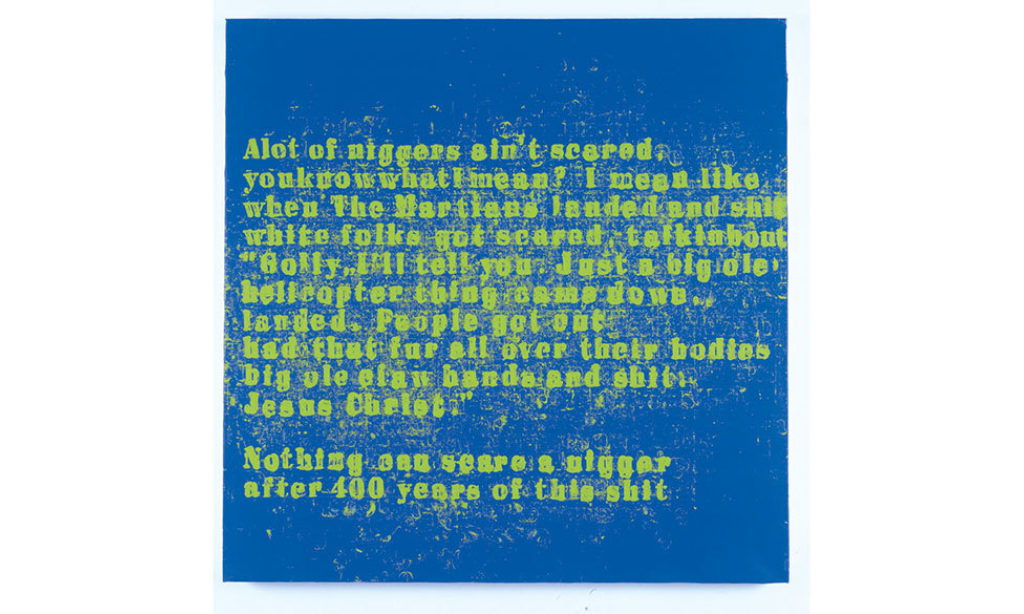 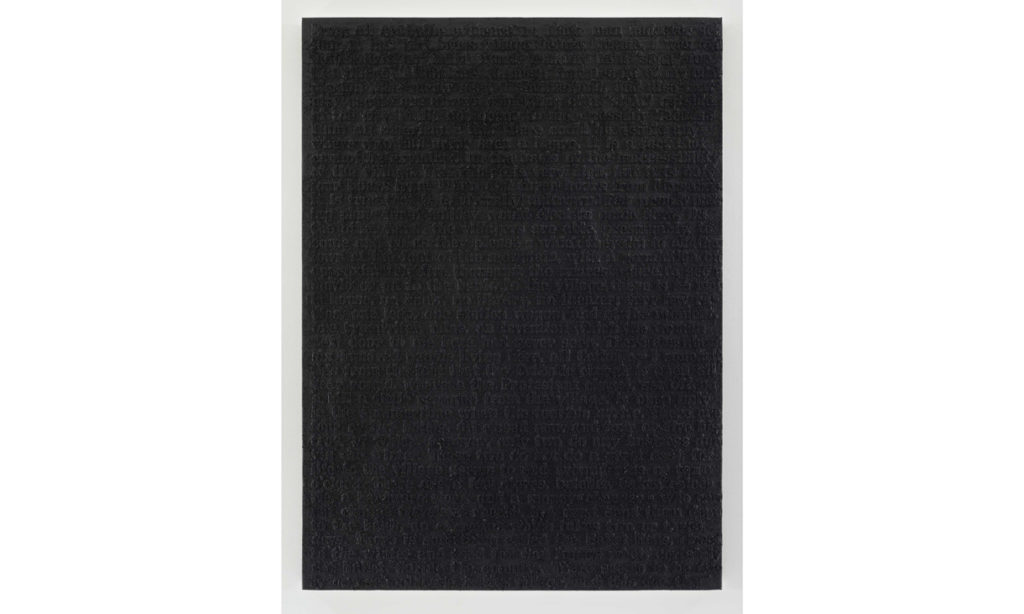 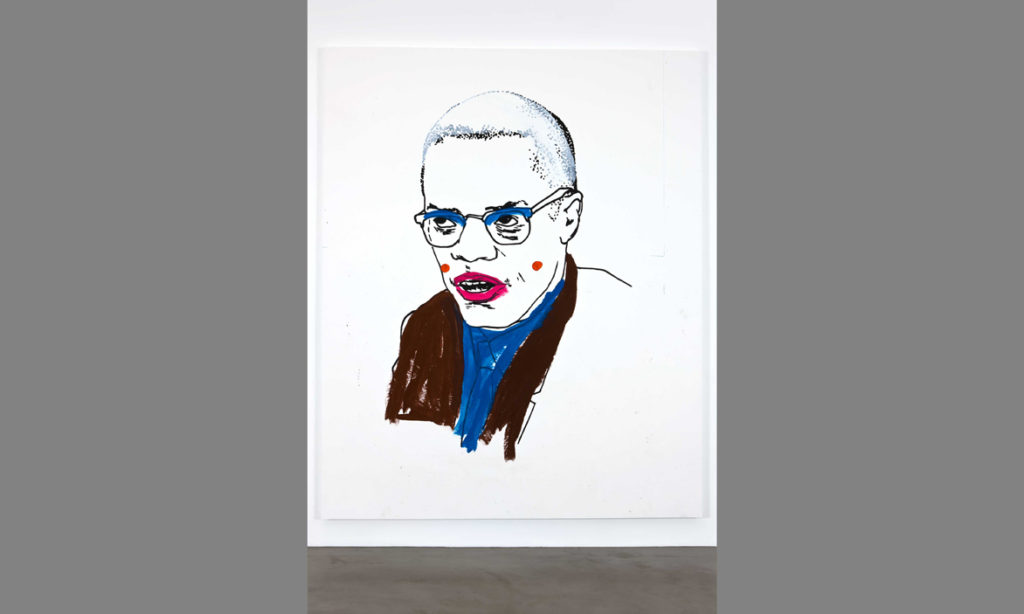 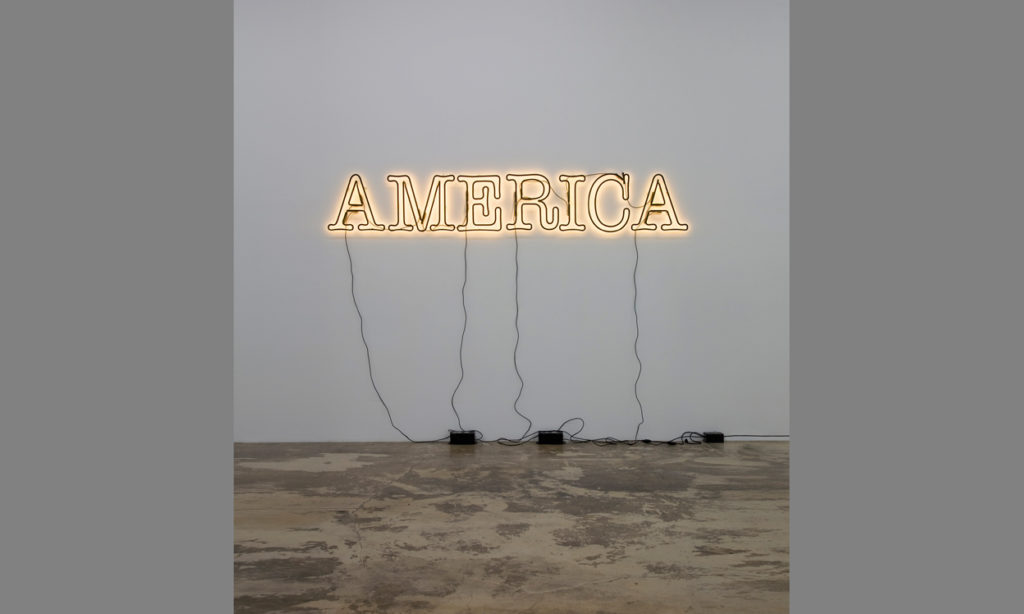 Glenn Ligon (b. 1960) lives and works in New York. Ligon earned his B.A. from Wesleyan University and studied at the Whitney Museum Independent Study Program. A mid-career retrospective of Ligon’s work, "Glenn Ligon: America," organized by Scott Rothkopf, opened at the Whitney Museum of American Art in 2011 and traveled nationally. "Glenn Ligon: Encounters and Collisions," a curatorial project organized with Nottingham Contemporary and Tate Liverpool, opened in April of 2015 in Nottingham and traveled to Liverpool over the summer. Ligon has been the subject of solo museum exhibitions at Camden Arts Center in London, the Power Plant in Toronto, the Walker Art Center in Minneapolis, the Studio Museum in Harlem, the Institute of Contemporary Art in Philadelphia, and the Kunstverein Munich.

His awards and honors include a John Simon Guggenheim Memorial Foundation Fellowship and the Studio Museum’s Joyce Alexander Wein Artist Prize. His work is in the collections of the Museum of Modern Art, New York, the Art Institute of Chicago, the Los Angeles County Museum of Art, the Hirshhorn Museum and Sculpture Garden, and many more in the United States and abroad.

Delta Omicron Studio was funded by members of the musical fraternity in 1927. The building design is somewhat medieval in character, with an unusual cedar shingle pattern, a steeply pitched slate roof, intersecting gables, and small windows. After a 2016 deep-energy renovation, Delta Omicron is now the most energy efficient studio on the property. To enhance an…