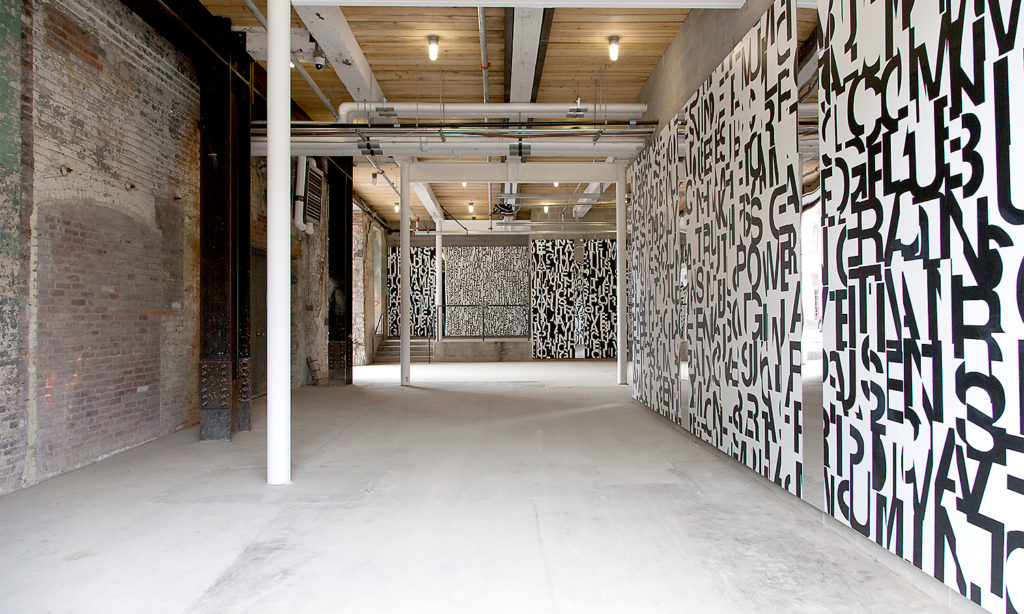 Mary Lum built on the theory and subject of her large-scale murals, titled “Assembly (Lorem Ipsum),” which are on long-term view at Mass MoCA and make a new body of related work. “Assembly (Lorem Ipsum)” is comprised of seven large murals that line a bike path cutting through the interior of the newly renovated Building Six, the work speaks to the importance of the written word and how texts are put together, how they endure over time, and also how meaning can be lost, transformed, or expanded.

Lum works across media. She has received fellowships from the Guggenheim Foundation, the Radcliffe Institute for Advanced Study at Harvard, the National Endowment for the Arts, and the New York Foundation for the Arts. Her work, which has been exhibited widely, has appeared in Esopus, Harper’s, and Elle Décor, and has been reviewed in Artforum, Art in America, ARTnews, and 4Columns, among other publications.