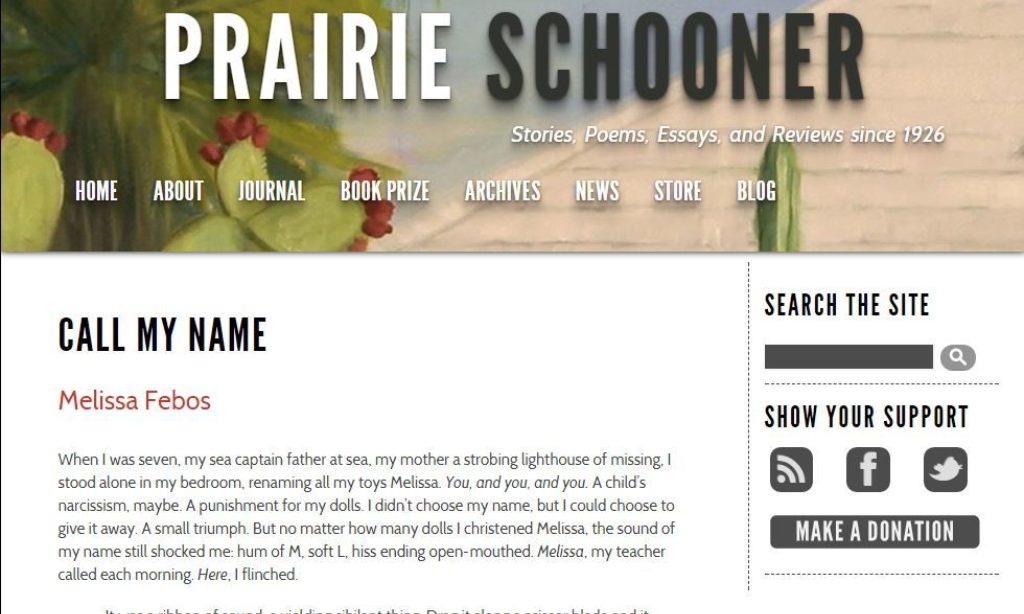 Call My Name - Tap to Read

Melissa Febos is the author of the critically acclaimed memoir, Whip Smart (St. Martin’s Press 2010), and the essay collection, Abandon Me (Bloomsbury 2017), which The New Yorker called, “mesmerizing.” Abandon Me was a LAMBDA Literary Award finalist, a Publishing Triangle Award finalist, an Indie Next Pick, and was named a Best Book of 2017 by Esquire, Book Riot, The Cut, Electric Literature, Bustle, Medium, Refinery29, The Brooklyn Rail, Salon, The Rumpus, and others. Her second essay collection, Girlhood, will be published in 2021.

The inaugural winner of the Jeanne Córdova Nonfiction Award from LAMBDA Literary, her work has appeared in publications including The Kenyon Review, Tin House, Granta, The Believer, Sewanee Review, The New York Times, The New York Times Book Review, Lenny Letter, The Guardian, Elle, and Vogue. Her essays have won prizes from Prairie Schooner, Story Quarterly, and The Center for Women Writers at Salem College and she has been featured on NPR’s “Fresh Air,” CNN, and “Anderson Cooper Live” among many others. She has also received fellowships from the Bread Loaf Writer’s Conference, Virginia Center for Creative Arts, Vermont Studio Center, The Barbara Deming Memorial Foundation, The BAU Institute at the Camargo Foundation, Ragdale, and The Lower Manhattan Cultural Council, which named her the 2018 recipient of the Sarah Verdone Writing Award. She curated the Mixer Reading and Music Series in Manhattan for ten years and served on the Board of Directors for VIDA: Women in Literary Arts for five. The recipient of an M.F.A. from Sarah Lawrence College she is an associate professor and M.F.A. director at Monmouth University. She lives in Brooklyn.