Art and Urgency: Journalism in the Post-Truth Era

<<SCROLL DOWN TO WATCH A REPLAY>>

A virtual panel discussion among five award-winning journalists titled “Art and Urgency: Journalism in the Post-Truth Era” took place here on October 26, 2020 at 7 p.m. It examined the importance of solid news reporting and why making art is more important today than ever. The discussion, led by Virginia Quarterly Review Editor and MacDowell board member Paul Reyes, looked into the fragile position of news media at a time when a growing portion of the populace gets its news from suspect sources.

“In a media landscape where facts are pliable, where the news has become a hall of mirrors,” said Reyes, “it’s important to appreciate how literary and narrative journalism—which are at the heart of what MacDowell supports—are able to cut through the noise in order to carve out the truth, offering a visceral clarity to the reading public.”

Reyes was joined by The Fact of a Body author Alex Marzano-Lesnevich; journalist Meera Subramanian, whose book A River Runs Again: India’s Natural World in Crisis from the Barren Cliffs of Rajasthan to the Farmlands of Karnataka, was a finalist for the Orion Book Award; PEN Open Book Award-winner and writer for The New Yorker and The New York Times Magazine Alexis Okeowo; and bestseller and Virginia Quarterly Review Editor at Large Jeff Sharlet whose latest book This Brilliant Darkness: A Book of Strangers, is a deep, genre-bending immersion into the lives of everyday citizens.

This was an evening of incisive conversation with MacDowell Fellows who work in investigative and long-form narrative journalism. In this era of the 30-second soundbite and relative truth, in-depth reporting and groundbreaking nonfiction writing are more important than ever.

MacDowell has been supporting journalists for decades, and believes a new model of assistance is needed for journalists who dedicate their lives to telling complex stories that have the power to change our lives and make our society better. The Art of Journalism Initiative at MacDowell is one way we support groundbreaking voices in non-fiction—like those of James Baldwin, Shane Bauer, Ta-Nehisi Coates, Frances FitzGerald, Sheri Fink, William Finnegan, Adrian Nicole Leblanc, and others.

With The Art of Journalism initiative, we are investing $2 million in Fellowships for journalists and long-form non-fiction authors, as well as providing journalism project grants, while helping to link a new network of publishers, non-profit newsrooms, and other key players in the journalism community to MacDowell’s artist community. Get the scoop here . 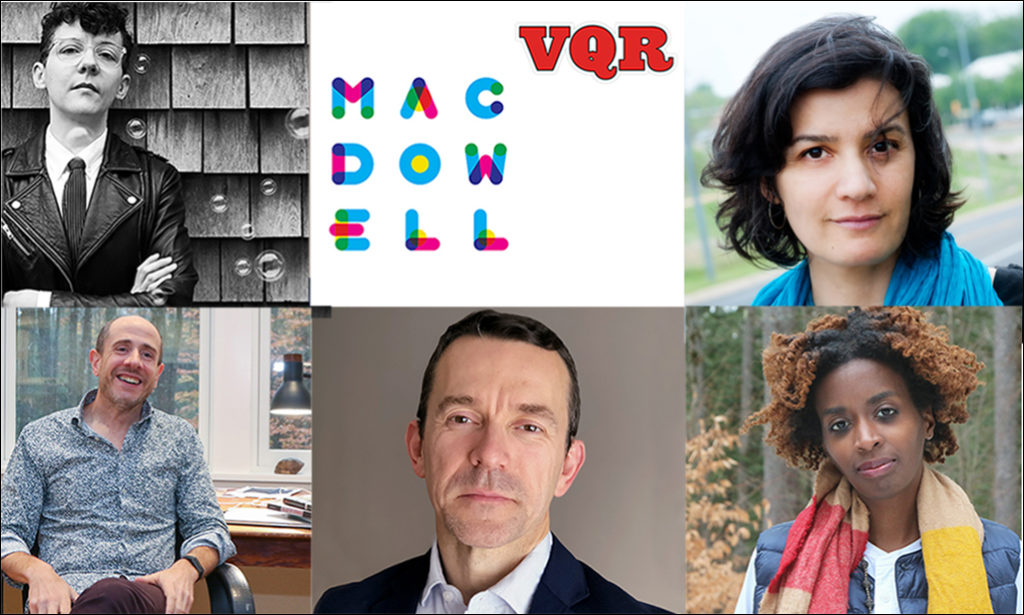 Originally broadcast on October 26, 2020
Learn about our journalism Initiative

Paul Reyes is the editor of the Virginia Quarterly Review, where he develops a variety of content, including investigative reporting, essays, photography portfolios, poetry, criticism, and fiction. Before joining VQR, he was a senior editor with The Oxford American. His work as an editor has led to several nominations for the National Magazine Award, Overseas Press Club Awards, and inclusion in the Pushcart Prize as well as several Best American anthologies. His essays and reporting have appeared in VQR, The Oxford American, Harper’s, The New York Times, Literary Hub, Mother Jones, and elsewhere. His writing has earned him a Literature Fellowship in Nonfiction from the National Endowment for the Arts, a nomination for the Harry Chapin Media Award, and a nomination for the National Magazine Award in Feature Writing.

Alex Marzano-Lesnevich is the author of The Fact Of a Body: A Murder and a Memoir, which received a Lambda Literary Award, the Chautauqua Prize, the Grand Prix des Lectrices ELLE, the Prix des libraires du Quebec 2020, and the Prix France Inter-JDD. Named one of the best books of the year by Entertainment Weekly, Audible.com, Bustle, Book Riot, The Times of London, The Guardian, Paris Match, Lire, Telerama, and The Sydney Press Herald, it was an Indie Next Pick and a Junior Library Guild selection, it has been translated into ten languages. The recipient of a Rona Jaffe Award, Marzano-Lesnevich has written for The New York Times, The New York Times Sunday Magazine, The Boston Globe, Oxford American, Harper’s, and many other publications, and is now an assistant professor at Bowdoin College.

Alexis Okeowo is the author of A Moonless, Starless Sky: Ordinary Women and Men Fighting Extremism in Africa, which won the 2018 PEN Open Book Award. Their work has appeared in The New Yorker, The New York Times Magazine, the Financial Times, Time, and Fortune, and been anthologized in The Best American Travel Writing and The Best American Sports Writing. They are a journalist and television writer. While at MacDowell, they worked on their second narrative non-fiction book, an alternate history of Alabama that combines memoir, criticism, and reportage. They received a PEN/Civitella Writing Fellowship in 2019.

Jeff Sharlet is the bestselling author of The Family and the executive producer and narrator of the Netflix documentary series of that name. His other books include This Brilliant Darkness, C Street, Sweet Heaven When I Die, and, with Peter Manseau, Killing the Buddha. He is the editor of Radiant Truths and co-editor, with Manseau, of Believer, Beware. He is the Frederick Sessions Beebe '35 Professor in the Art of Writing and Director of Creative Writing at Dartmouth College, an editor-at-large for Virginia Quarterly Review and a contributing editor for Harper's and Rolling Stone. He has also contributed to The New York Times magazine, Vanity Fair, GQ, Esquire, Mother Jones, and more. His work has earned awards including the National Magazine Award, the International Gay and Lesbian Human Rights Commission's Outspoken Award, the MOLLY National Journalism Prize, and the Military Religious Freedom Foundation’s Thomas Jefferson Award, and he has been the recipient of numerous fellowships from MacDowell.

Meera Subramanian is an award-winning freelance journalist whose work has been published around the world, and her first book is A River Runs Again: India’s Natural World in Crisis from the Barren Cliffs of Rajasthan to the Farmlands of Karnataka, published in 2015 by PublicAffairs (and as Elemental India: The Natural World at a Time of Crisis and Opportunity by HarperCollins India). Her writing has been anthologized in Best American Science and Nature Writing and multiple editions of Best Women’s Travel Writing. In 2019-2020, she served as the Currie C. and Thomas A. Barron Visiting Professor in the Environment and the Humanities at Princeton University. She was also a Knight Science Journalism fellow at MIT (2016-17) and a Fulbright-Nehru Senior Research fellow in India (2013-14), and she earned her graduate degree in journalism from New York University. She is currently serving as president of the Society of Environmental Journalists.