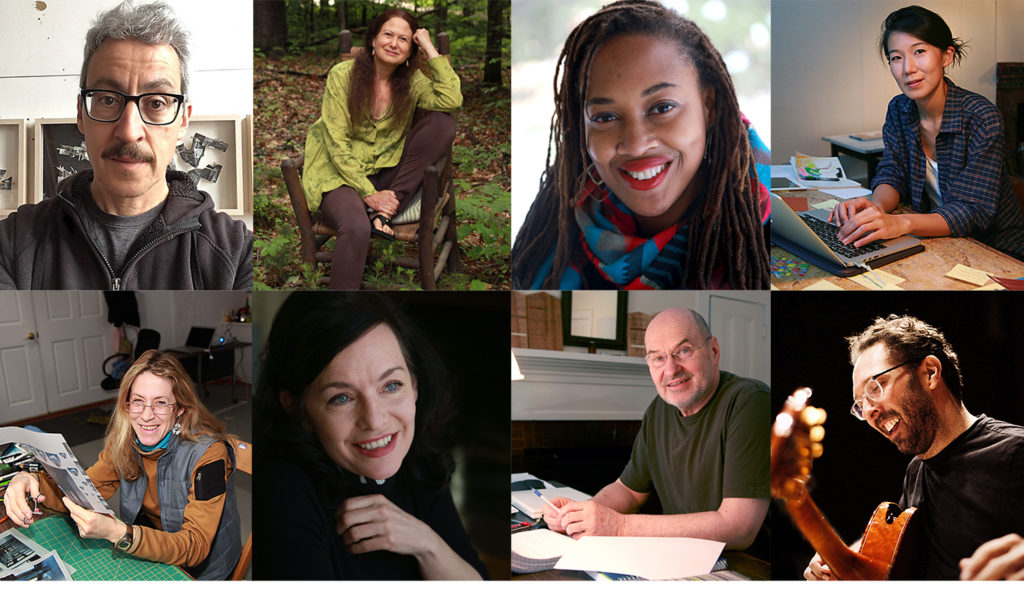 The MacDowell Colony has awarded fellowships to 87 artists from 19 states and six countries, from Oregon to Alabama and from Australia to Sweden. Sixty-seven are first-time Fellows. They are working in seven disciplines, and 27 percent identify as culturally diverse. The fellowships are for upcoming autumn and early winter residencies at one of the nation’s leading contemporary arts organizations.

These highly competitive fellowships, each with an average value of $10,000, were awarded from a pool of 642 applications received by the most recent of MacDowell’s three deadlines each year. Sixty-one percent of the pool were first-time applicants, and 63 percent were women. A panel of distinguished professionals in each discipline selects Fellows based solely on their talent as evidenced by a work sample and project description. While at MacDowell, Fellows are provided a private studio for a period of up to eight weeks, accommodations, and three meals a day.

“These artists bring their diverse voices and visions, share those gifts in residence with artists of different disciplines, and no doubt their work will resonate with audiences around the world,” says Executive Director Cheryl A. Young. Young announced that she will retire from the Colony after 22 years in the post and that this will be her last full year.

The most recent group of Fellows includes, according to discipline:

Fellows make use of uninterrupted time to work and enjoy the rare opportunity for multidisciplinary exchange. Artists with demonstrated financial need are eligible for travel grants and stipends to cover expenses that accrue at home while away at a residency. The MacDowell Colony awards more than 300 fellowships each year. The next application deadline is Jan. 15, 2019 for the summer 2019 residency period.

By awarding these fellowships, The MacDowell Colony continues its long-standing mission to nurture the arts by offering creative individuals of the highest talent an inspiring environment in which they can produce enduring works of the imagination. It is a mission that has inspired important contributions to American and world culture for more than a century, and have to date earned Fellows 85 Pulitzer prizes as well as many other accolades.