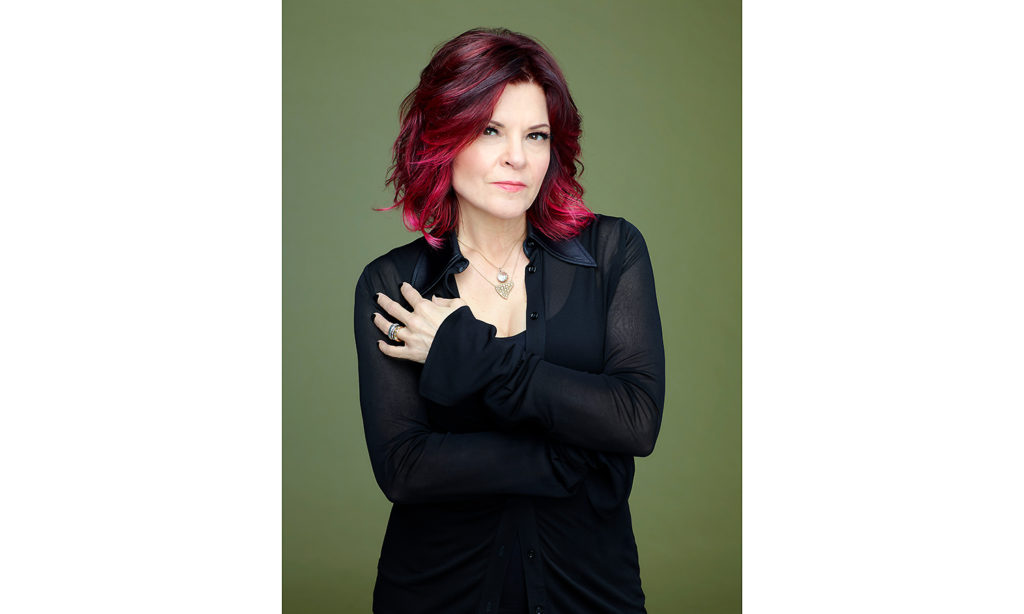 MacDowell plans virtual salons and concerts over next few months to highlight more than a century of support for visionary American composers.

Composer and performer Rosanne Cash will receive the prestigious Edward MacDowell Medal in a televised Edward MacDowell Medal Day celebration on August 8, 2021. New Hampshire PBS will broadcast the pre-recorded event and will feature author Kurt Andersen, who will introduce the 61st Edward MacDowell Medalist. The NHPBS-MacDowell co-production will include a performance with Cash and a musical guest, a one-on-one interview with New Yorker cartoonist Roz Chast, and an intimate tour of open studios as Cash meets artists-in-residence to learn about their art and the history of our bucolic grounds. The special 30-minute co-production with NHPBS will offer viewers a front row seat to MacDowell’s Medal Day and extend the unique opportunity to see MacDowell through Rosanne Cash’s eyes.

Cash will receive the medal from newly appointed Board of Directors Chair Nell Painter. The Medal, which has rotated annually among all disciplines practiced at MacDowell, has been awarded since 1960 to an artist who has made an outstanding contribution to American culture, but will not be awarded this year. The presentation, which often draws more than 1200 visitors from around the country to MacDowell’s 450-acre wooded campus, typically offers the public the opportunity to visit 32 open, working studios to see art being created and speak to its creators. Unfortunately, that will not be possible this year.

Cash, a Grammy-winning composer, performer, songwriter, best-selling author, and essayist, said she was “profoundly humbled to be chosen” to receive the 2021 Edward MacDowell Medal. “To be included in a list with Aaron Copland, Eudora Welty, Toni Morrison, and so many more distinguished artists, is beyond my imagining – something I would not have dared to dream or even consider,” said Cash. “I do not place myself in any way equal, but I accept this honor with deepest gratitude, as an encouragement to do my best work, and in the service of future inspiration. My heart is full with this precious recognition.”

“From the shockingly intimate timbre of Seven Year Ache in 1981 to the reflective darkness of She Remembers Everything 37 years later, as a composer, singer, and someone who can, in a sense, summon ambiance, Rosanne Cash has distinguished herself from her contemporaries as she has escaped the weight of her celebrated forebears,” said Greil Marcus, chairman of this year’s MacDowell Medal selection panel.

Marcus is the author of Mystery Train, Lipstick Traces, The History of Rock 'n' Roll in Ten Songs, and many other books, and is a longtime music journalist and critic. Joining him on the selection panel were American music critic and arts administrator John Rockwell, musicologist, author, and professor Mary E. Davis, Yale University professor and cultural critic Daphne Brooks, and MacDowell Board member and WQXR radio host Terrance McKnight.

Cash has released 15 albums, has earned four Grammy Awards and 12 nominations, including the 2019 nomination for her song “Crossing to Jerusalem,” from her latest album, She Remembers Everything. In addition to being one of the country’s pre-eminent singer-songwriters, she is also an author whose four books include the best-selling memoir Composed, which the Chicago Tribune called “one of the best accounts of an American life you’ll likely ever read.” Her essays have appeared in The New York Times, Rolling Stone, the Oxford-American, The Nation, and many more publications.

Join the conversation on social media with #MacDowellMedal.