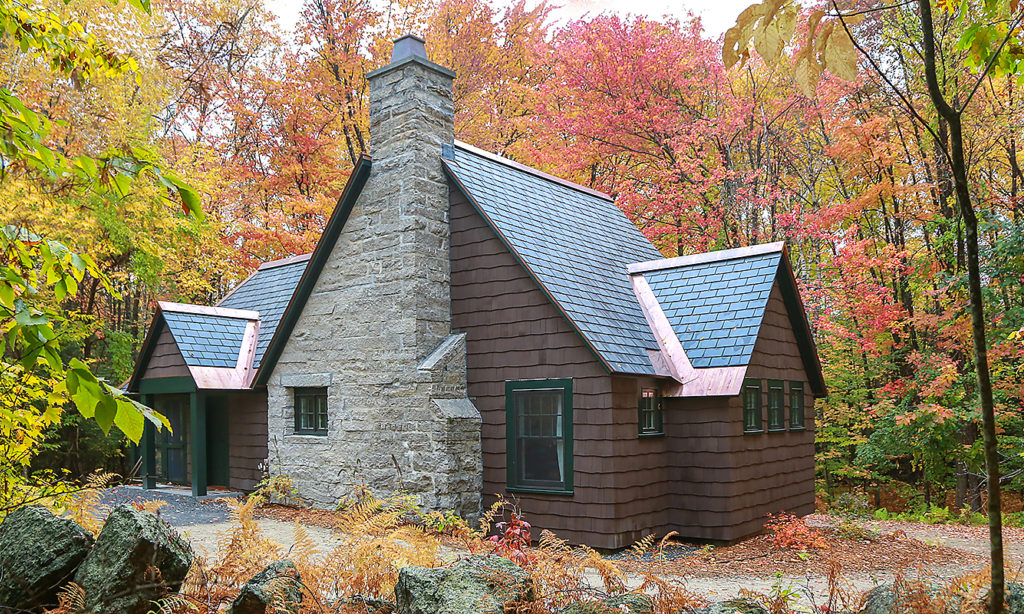 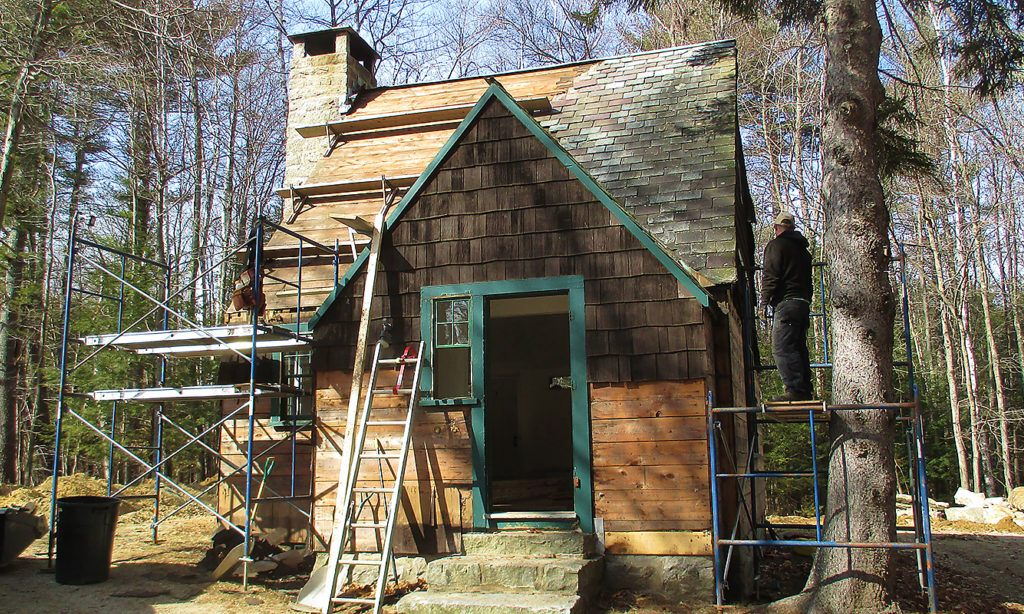 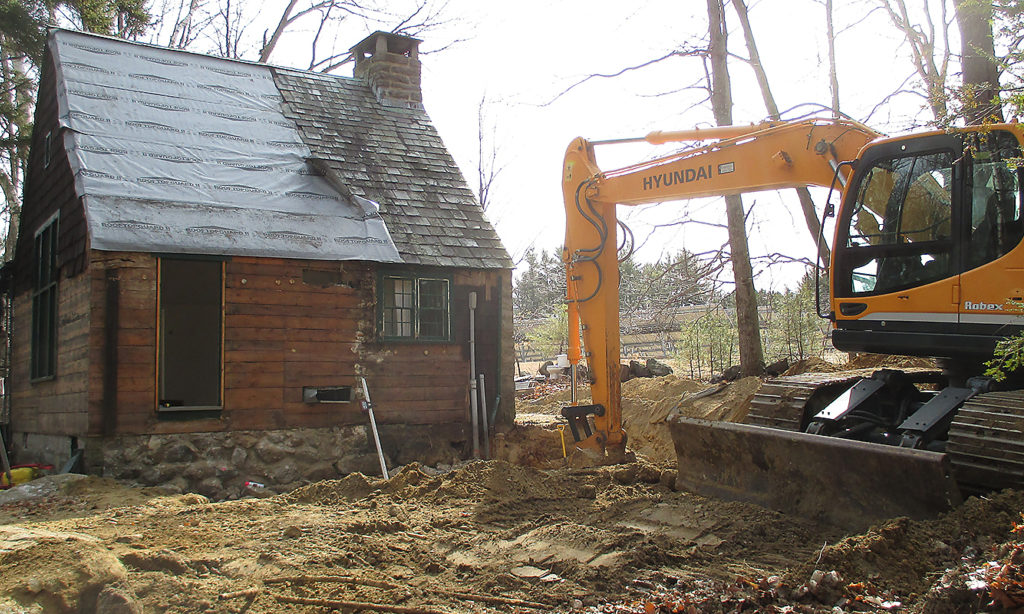 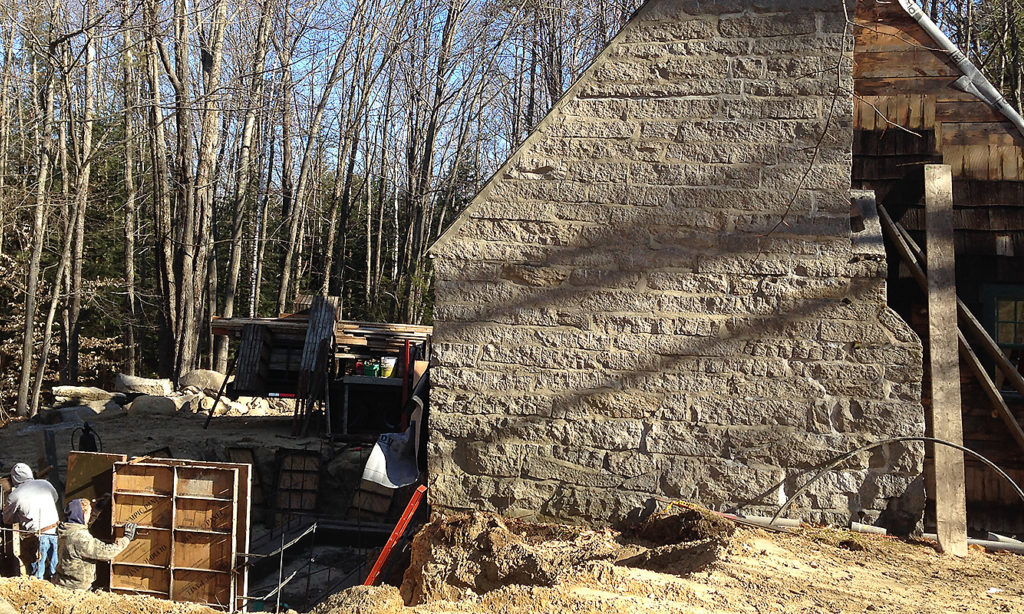 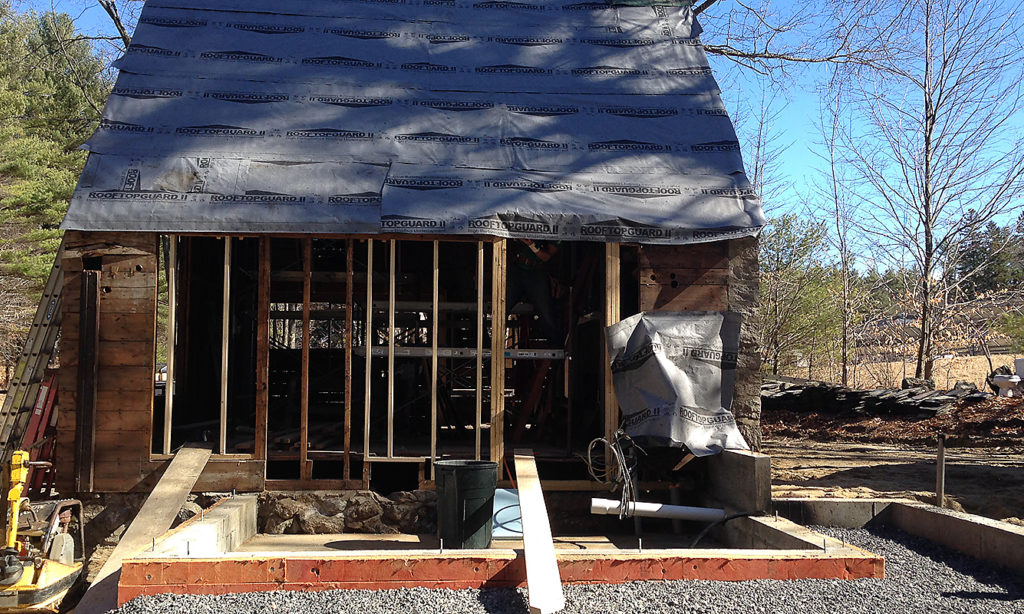 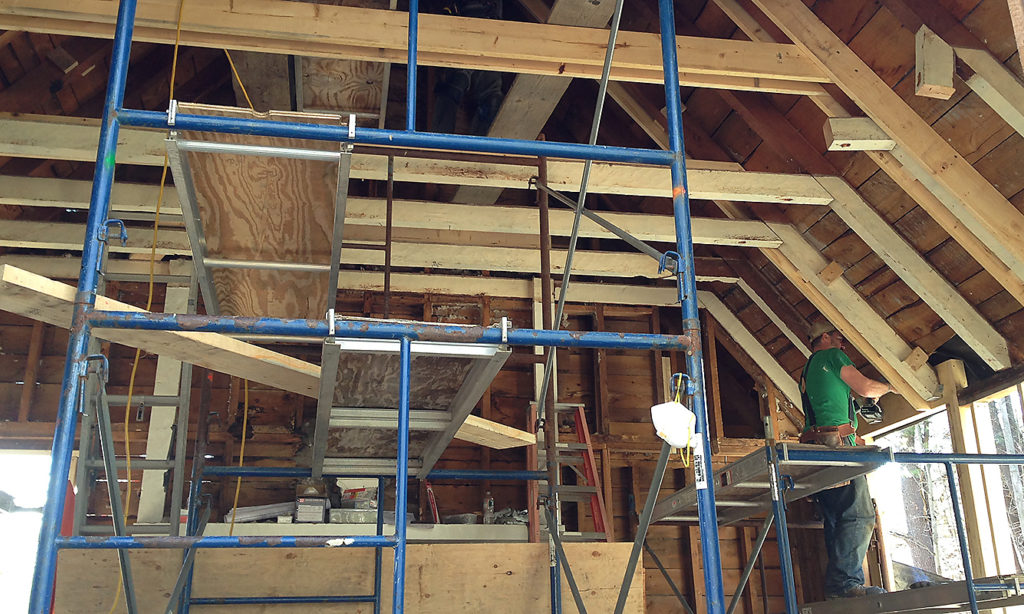 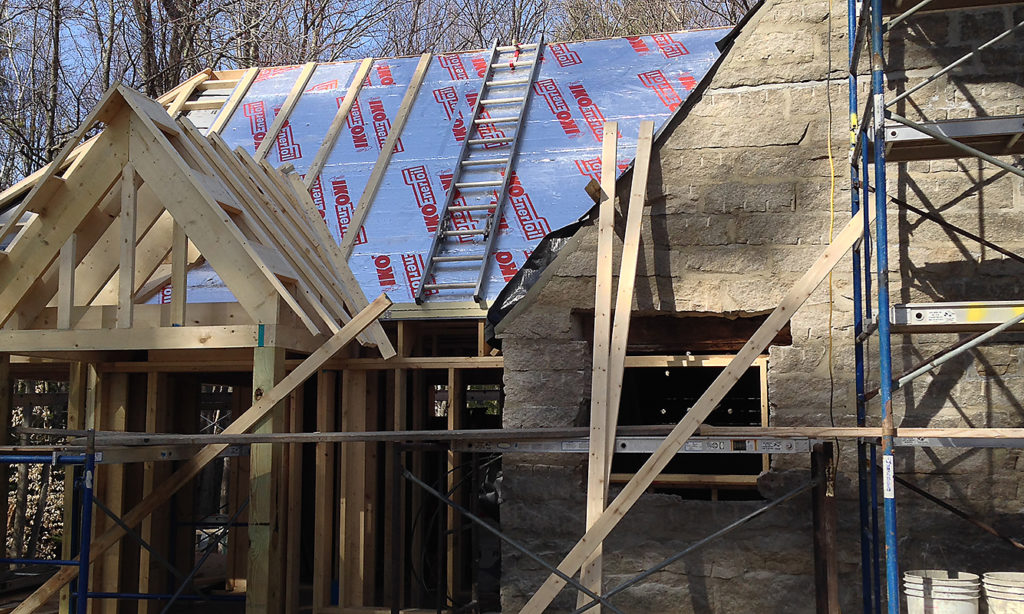 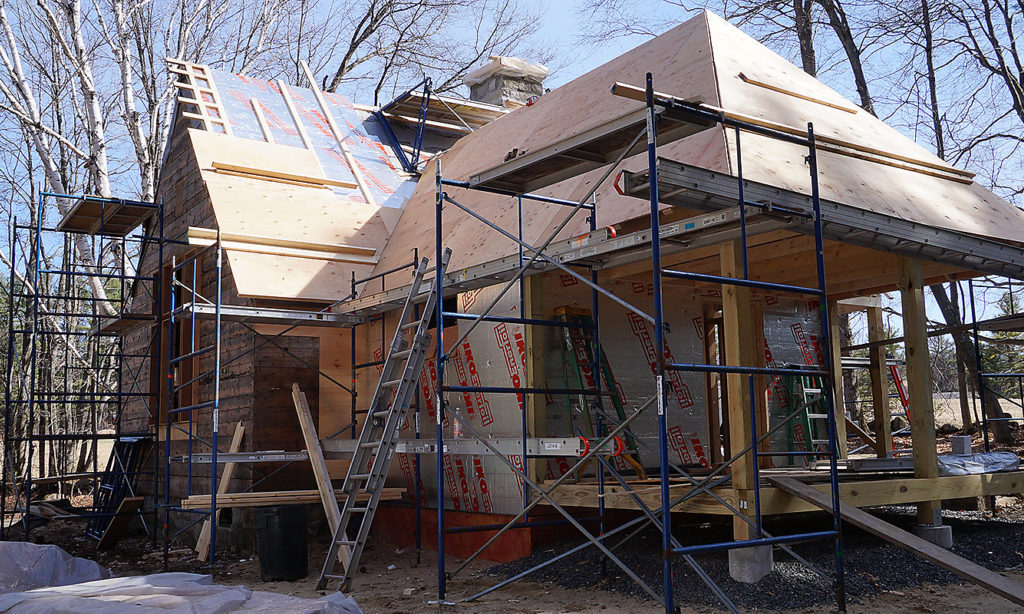 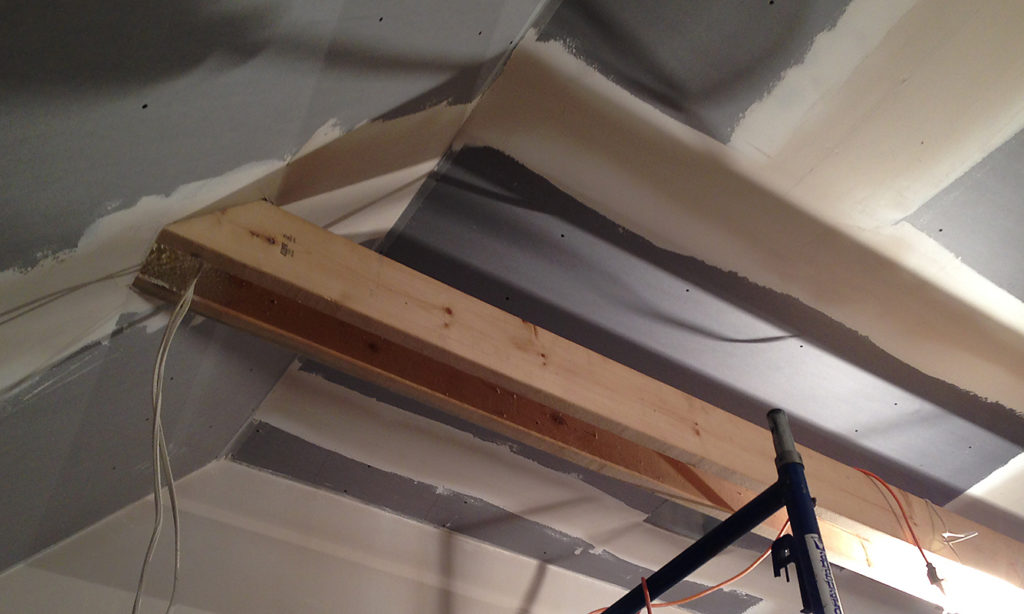 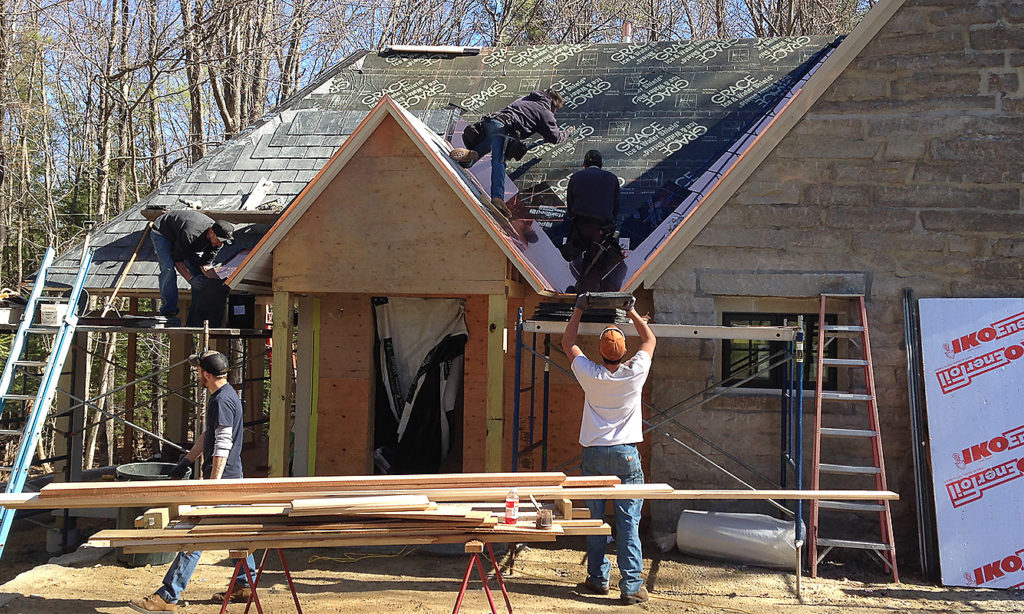 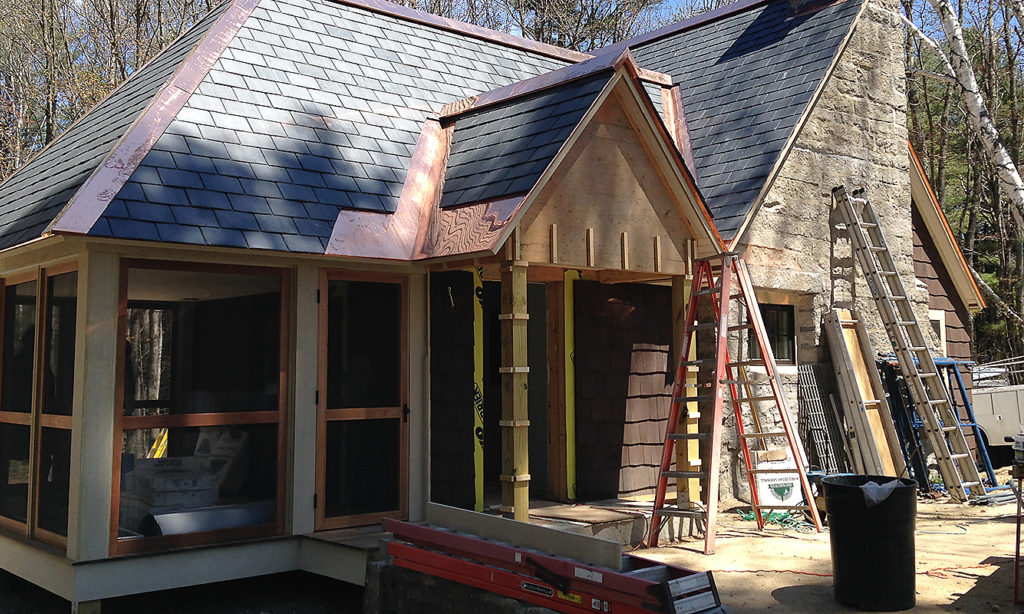 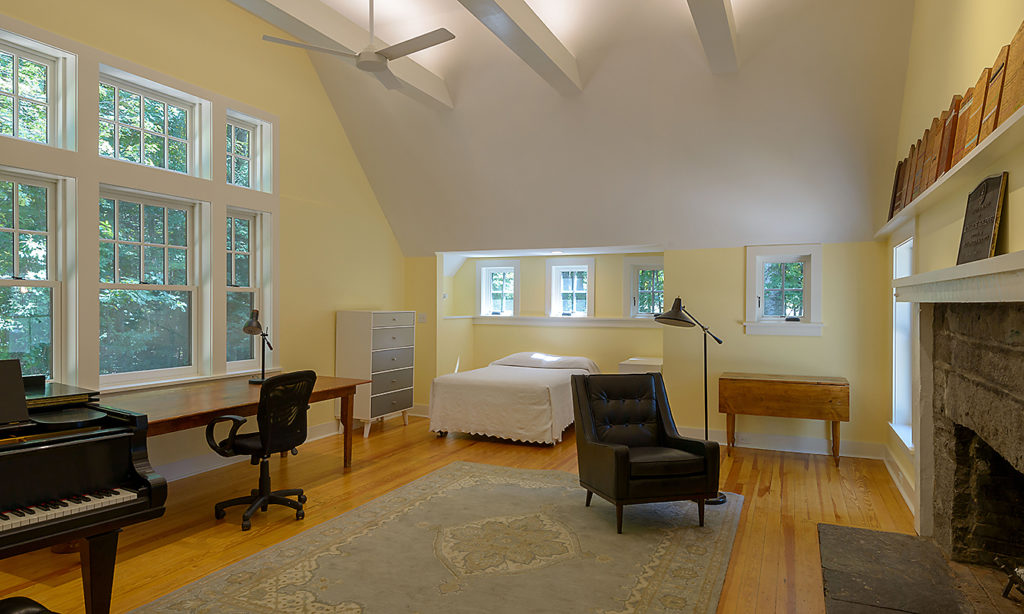 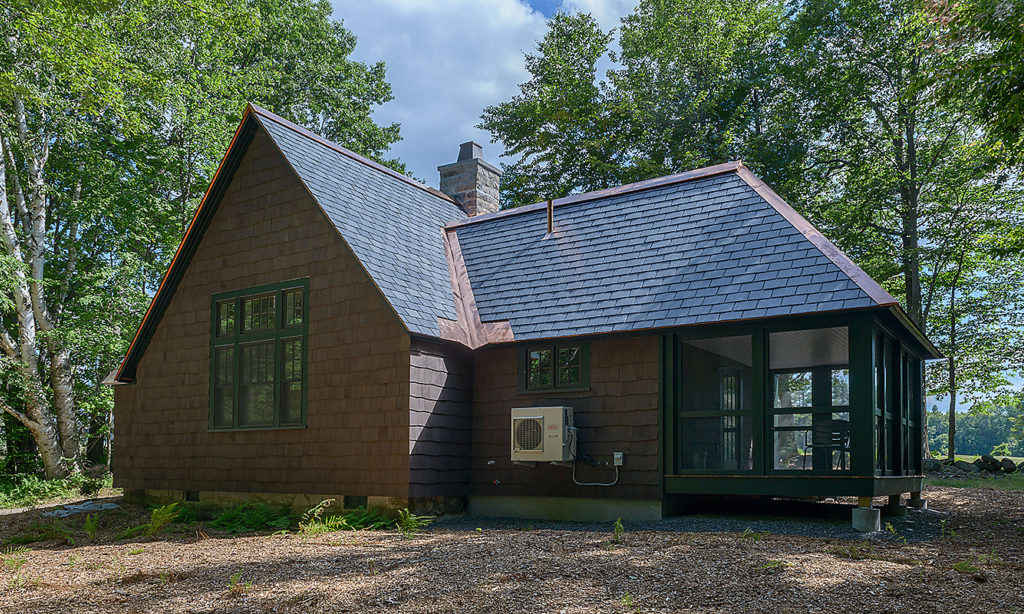 In July, Delta Omicron Studio reopened after a “deep energy retrofit” as described by MacDowell Colony Resident Director David Macy. The renovation has resulted in a much more energy efficient and comfortable live-in creative space. Originally built in 1927 for composers, it can once again be used for that purpose.

Delta Omicron Studio was funded by the Delta Omicron International Music Fraternity and designed by architect M.E. Winsor with a steeply pitched roofline, intersecting gables, and a slate roof. First renovated in the mid-1950s with the addition of a fuel-oil heating system, this latest refit saw the building interior stripped to its timbers so it could be made completely weathertight with closed-cell foam insulation sprayed in wall and ceiling cavities, and rigid foam insulation applied on the exterior walls and roof deck. Timothy Groesbeck Builders completed the work after a design by Sheldon Pennoyer Architects.

The studio ceiling is now higher, and in place of the old entrance is a bed alcove. The new entrance, on-grade for accessibility, has been relocated to the south side where a small hip-roof addition includes a new screened porch as well as a small foyer, full bathroom, and a closet.

The old, leaky windows were replaced with more energy efficient units, built in LED lights have replaced incandescents, and an electric heat pump will now keep the studio warm in winter and dehumidified in summer. In the past the space has served writers Louise Erdrich, Lois Lowry, Walter Mosley, and Suzan-Lori Parks, as well as poets Galway Kinnell and Stephen Dunn. It has also housed visual artists Janet Fish and Glenn Ligon.

“Since the renovation, the studio looks much the same from outside while inside it is much lighter and more comfortable,” says Macy.

Recreating the studio’s architectural details and meeting today’s most stringent energy standards pushed total construction expenses to about $300,000. Macy expressed appreciation for a $20,000 donation from the Delta Omicron Fraternity and donations from Fellows who wanted to see their old studio refreshed. The Colony has established a building reserve fund within its endowment that benefits both historic preservation and responsible energy practices.

Macy said, “In the past few years we’ve completed three deep energy retrofits and installed a solar array to provide three quarters of our total annual electric consumption. New funding is still needed to move MacDowell along the path to a renewable energy future.… Having begun the process, I’m eager to move forward with similar improvements for the rest of the facilities.”