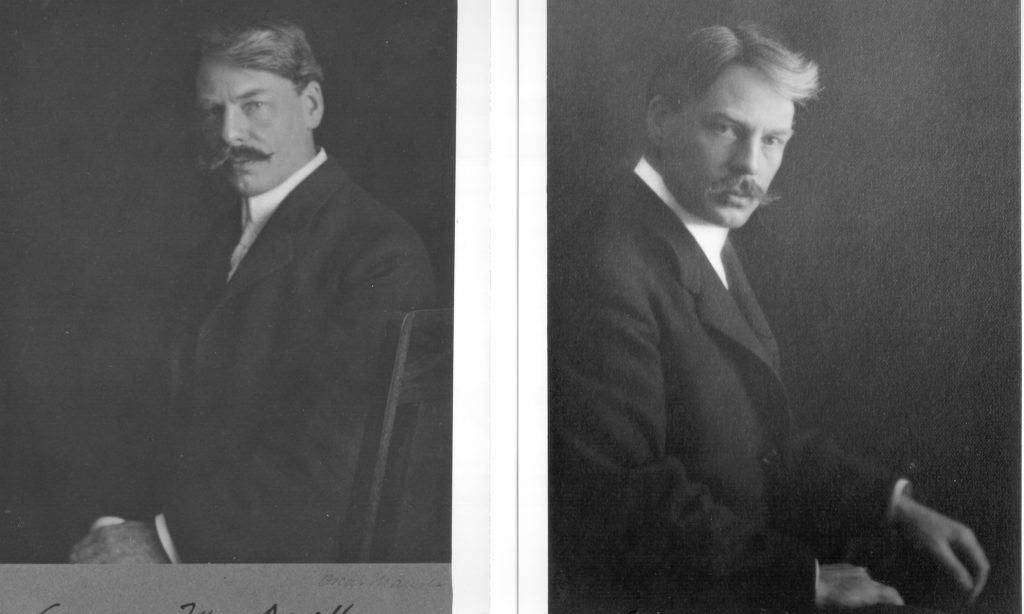 FOR IMMEDIATE RELEASE — Peterborough, NH — April 28, 2000 -- The MacDowell Colony is proud to announce that Edward MacDowell has been included among the American Classical Music Hall of Fame's ten inductees for the year 2000. The announcement was made by the Hall of Fame on February 14, 2000, and an official ceremony was held at the Library of Congress in Washington, D.C. on April 28. The program included a special concert, medallion ceremony, and luncheon at the Capitol. Honorees were singled out by the Hall of Fame's National Artistic Directorate for their contributions to the growth, development, and appreciation of classical music in America. The other members of this year's group are: The Metropolitan Opera, Elizabeth Sprague Coolidge, Leon Fleisher, Eugene Ormandy, Rudolph Serkin, Beverly Sills, George Szell, MacDowell Colony Fellow George Walker, and 1974 MacDowell Medalist Walter Piston.

The permanent home of the American Classical Music Hall of Fame is Cincinnati, Ohio. Founded in 1996, the Hall is a national institution dedicated to honoring and celebrating the many facets of American classical music. The exhibition is designed to be approachable and accessible to all ages. The Hall of Fame enshrined its inaugural roster in 1998 and now includes a total of 48 individuals (composers, conductors, educators, and performers) and three institutions.

Many of the inductees were present at the ceremony, while others were represented by family members, biographers, or close associates. Cheryl Young, executive director of the MacDowell Colony, received the medallion on Edward MacDowell's behalf.

A concert followed, featuring the works of the inductee composers. MacDowell's work was represented with his pieces Winter and Presto, performed by pianist Bradford Gowen. The concert also featured a tribute to 1998 inductee Aaron Copland, the centennial of whose birth is being widely celebrated this year. Copland, of course, also has strong Colony connections: he was a fellow eight times between 1925 and 1956, received the Edward MacDowell Medal in 1961, and served for 34 years on MacDowell's board of directors.

In all, eight MacDowell Medalists have been inducted: Aaron Copland, Edgard Varese, Roger Sessions, William Schuman, Walter Piston, Samuel Barber, Elliott Carter, and Leonard Bernstein. Bernstein and Copland also had residencies at the Colony, as did 1999 inductee Amy Beach as well as Walker. The Music Division of the Library of Congress was inducted as an institution in 1999. The archives of Edward MacDowell were the first collection to be received by the Music Division.

As a composer, piano virtuoso, and intellectual, Edward MacDowell had few American peers during his lifetime. The son of a Manhattan milk dealer, he began taking piano lessons with Juan Buitrago at age eight. In April of 1876, 15 year-old Edward, accompanied by his mother, traveled to Paris to study. At the Conservatory there he met Claude Debussy, a young composer also pursuing his education. In Europe MacDowell would study with Sigmund Lebert, Louis Ehlert, Carl Heymann, and Joachim Raff. He started taking his own students in 1880.

Among his students was a young pianist named Marian Nevins, who had been recommended to him by Raff. A strong bond soon formed between teacher and student, and Edward and Marian were married in 1885. The newlyweds remained in Europe for several years, finally returning to the United States and settling in Boston in 1888. Over the following eight years, works like "To a Wild Rose," "Woodland Sketches," and "Hamlet and Ophelia" established MacDowell, already as an accomplished virtuoso, as America's premier composer.

In 1896 he left Boston in favor of New York, where he had accepted an appointment as Columbia University's first professor of music. He resigned in 1904. Shortly before his death in 1908, he and Marian founded The MacDowell Colony, America's first multidisciplinary artists' retreat. The Colony, and the varied art of its Fellows, form MacDowell's living legacy.