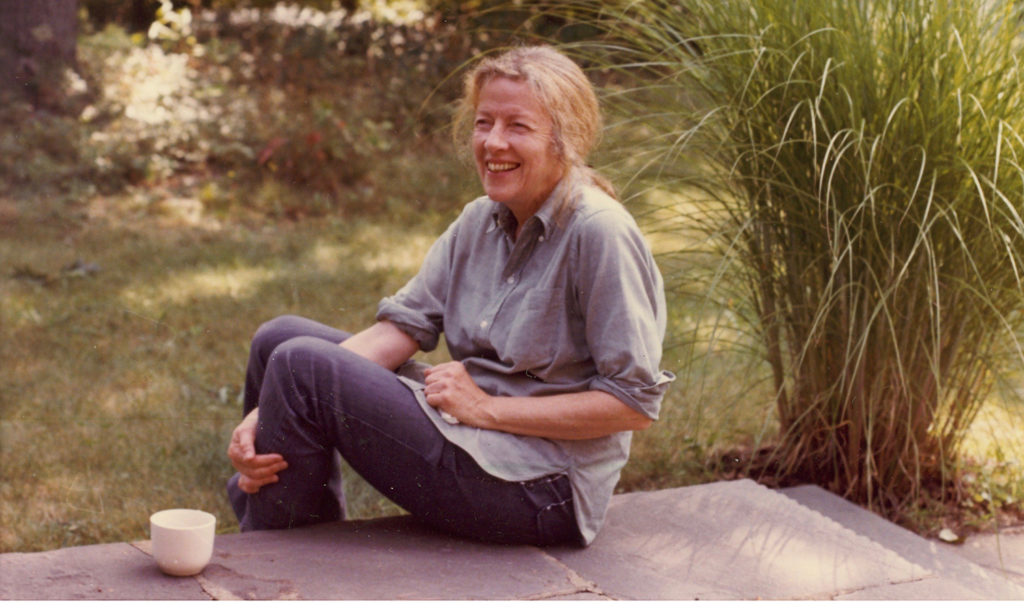 New York – A gift given recently in the name of poet and painter Musa McKim Guston (MF 1966) will fund an annual Fellowship for an artist working in any of seven disciplines at The MacDowell Colony, one of the nation’s leading contemporary arts organizations. The generous donation was made by Guston’s daughter, Musa Mayer, and her husband, Tom Mayer.

Musa McKim Guston (1908-1992) worked as a painter early in her career, including on mural projects sponsored by the Works Progress Administration during the Great Depression. She was married to New York School artist Philip Guston, whom she met while attending the Otis Art Institute. Later in life, Musa focused on poetry and playwriting, and she published her poetry in several journals and literary magazines. A collection of her writing, Alone With the Moon (1994), was published by The Figures Press.

“The generosity shown by Musa and Tom Mayer in endowing this Fellowship in Musa McKim Guston’s name goes right to the heart of the MacDowell experience,” says Executive Director Cheryl A. Young. “An established painter and poet, McKim Guston arrived here as a playwright in the fall of 1966, so she was right at home among artists working in a variety of disciplines. That multidisciplinary aspect of MacDowell was a natural fit for her as she was a natural fit for us. This Fellowship speaks to the strength of that approach.”

Such fellowships, awarded in a highly competitive review process, provide MacDowell Fellows with a private studio for a period of up to eight weeks, accommodations, and three meals a day.

“With all the attention deservedly given to my father’s life and art,” says Musa Mayer, “It gives me great pleasure to support The MacDowell Colony for the role it played in my mother’s creative life.”

Mayer is the author of several books, including Night Studio: A Memoir of Philip Guston. Most recently, she edited a book of Guston’s satirical drawings of Richard Nixon that won the FILAF d’Or as best art book of 2017. She serves on the board of the Vermont Studio Center, where she has been a visiting writer in memoir and non-fiction. Retiring after 25 years as a patient advocate for metastatic breast cancer patients and their families, Musa is now devoting herself full time to her parents’ legacies, overseeing The Guston Foundation’s work on a new website and Catalogue Raisonné. Her husband Tom is a neuropsychologist who runs an inpatient program for people suffering from traumatic brain injuries.

By awarding Fellowships, The MacDowell Colony continues its long-standing mission to nurture the arts by offering creative individuals of the highest talent an inspiring environment in which they can produce enduring works of the imagination. It is a mission that has inspired important contributions to American and world culture for more than a century, and have to date earned Fellows 86 Pulitzer prizes as well as many other accolades.

Contemporary for 112 years:
Composer Edward MacDowell and pianist Marian MacDowell, his wife, founded The MacDowell Colony in 1907 to nurture the arts by offering creative individuals of the highest talent an inspiring environment in which to produce enduring works of the imagination. In 1997, MacDowell was honored with the National Medal of the Arts. Each year, MacDowell welcomes more than 300 architects, composers, filmmakers, interdisciplinary artists, theatre artists, visual artists, and writers from across the United States and around the globe. More than 14,800 residencies have been awarded in the last 112 years. Recipients have included Ayad Akhtar, James Baldwin, Ta-Nehisi Coates, Louise Erdrich, Osvaldo Golijov, Cathy Park Hong, Glenn Ligon, Dee Rees, Vijay Seshadri, Ann Patchett, Colson Whitehead, and Julia Wolfe. Pulitzer Prize-winning author Michael Chabon is the chairman of MacDowell’s board of directors.