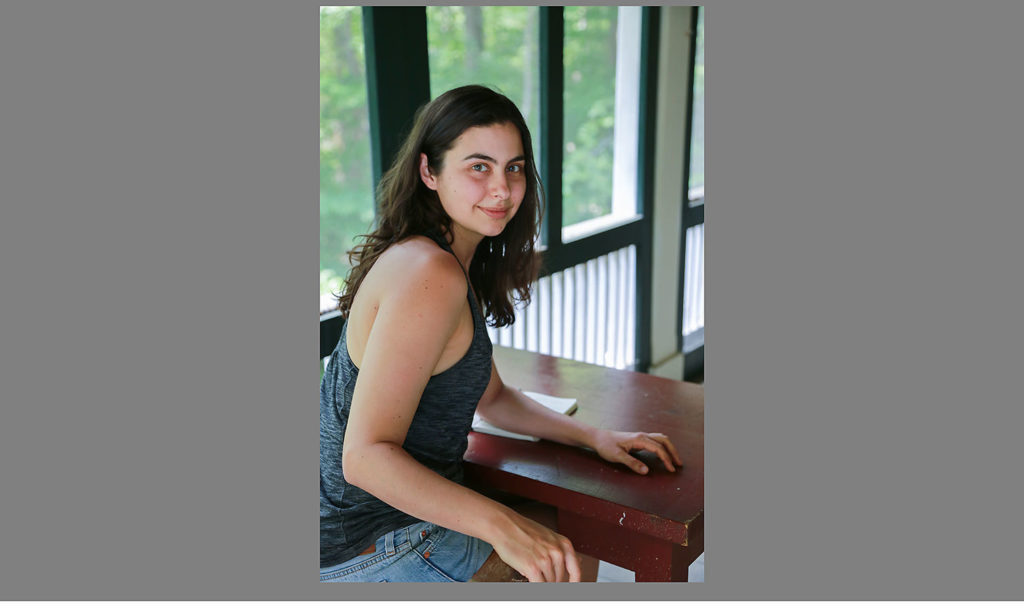 Fiction writer Dominica Phetteplace (16) was named a winner of one of six 2017 Rona Jaffe Foundation Writer’s Awards late last month. The award is given annually to six women writers who demonstrate “excellence and promise in the early stages of their careers.”

“There’s so much rejection that goes along with being a writer,” says Phetteplace, who was on her way to New York to accept the award this week. “So often when I hear yes, I feel a moment of disbelief. The meaning of winning a Rona Jaffe Award hasn’t really sunk in yet.”

Phetteplace, who worked on her novel Project Empathy while in residence at MacDowell last summer, has seen early chapters from the novel published in Asimov's Science Fiction. The story is set in a “near-future, heavily surveilled San Francisco that is inhabited solely by billionaires and their servants,” says Phetteplace. “It tells the story of a friendship between two women from impoverished backgrounds who have had computer chips implanted in their heads so that they may provide better service as waitresses. Both are determined to make better lives for themselves in an oppressive surveillance economy.”

Phetteplace said she plans to use the $30,000 grant awarded by the Rona Jaffe Foundation to support her living expenses so she can focus on finishing her novel. “My grant buys me more time to write, which feels especially urgent given everything happening in the world right now,” she says. “My writing explores what the surveillance economy means for those working in the service sector. Immigration is a recurring theme.... My work explores what the future might be like.”

The author, who has a B.A. in mathematics from UC Berkeley and is the first person from her family to graduate college, has also published stories in Zyzzyva, Year’s Best Science Fiction, and Fantasy 2017. She has received a Pushcart Prize and honorable mentions from the “Best American Science Fiction & Fantasy” and “Best American Short Stories” anthologies. She has also received support from the Barbara Deming Foundation and I Park Foundation.

“When I applied to MacDowell, I didn’t think I would get in, but I did,” says Phetteplace. “And after I got in, I didn’t think I would fit in. I’m a mixed-race woman from a low-income background, I don’t have an M.F.A., and I write science fiction. But I did fit in! I met lots of interesting people, made many friends, and I got more work done than I thought possible.