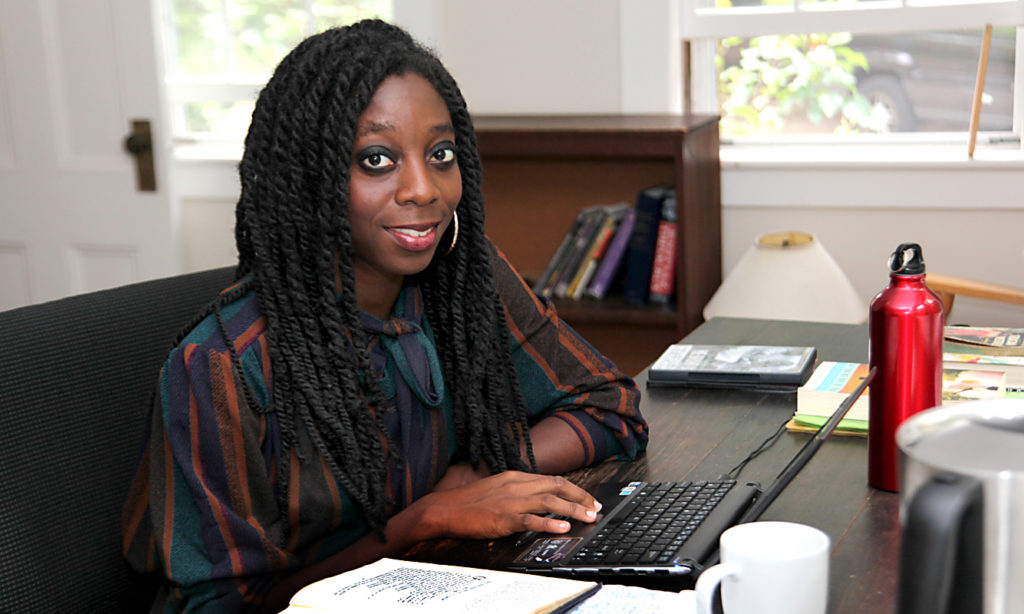 Filmmaker Akosua Adoma Owusu is among 14 MacDowell Fellows who’ve recently won 2015 Guggenheim Fellowships. A total 175 winners, from many different fields of study and achievements, were named on the basis of “prior achievement and exceptional promise.” This year’s winners were chosen from among more than 3,100 applicants.

Owusu was chosen based on the project she was working on at MacDowell during the summer of 2013: the screenplay for her first feature, Black Sunshine. The film tells the story of a hairdresser and her 12-year-old albino daughter. The hairdresser feels ashamed of birthing an albino child, and ironically, of her own blackness. Insecure and disenchanted, the mother uses skin lightening products and unavailable men to escape her own reality.

“It was really kind of overwhelming,” Owusu said of learning about her award. “It was really a surprise, actually.” The filmmaker, who was in residence in the summer of 2013, said the Guggenheim means she can continue working on the script for the next year. She plans on traveling to Ghana where the film is set, to shoot screen tests and a short version of the film with the actors she has already secured to bring her characters to life. She hopes to go into full shooting mode in 2016 for a release date in 2017.

The project was awarded a Creative Capital grant in 2012 and was nominated for the Tribeca Heineken Affinity Award in 2013, and has the support of the World Cinema Fund. Of her residency in Heyward Studio, she said, “It kind of inspired me just being in that space. It was just so surreal and the journey from that point has really been a dream.”

Other Fellows who won 2015 Guggenheims are: