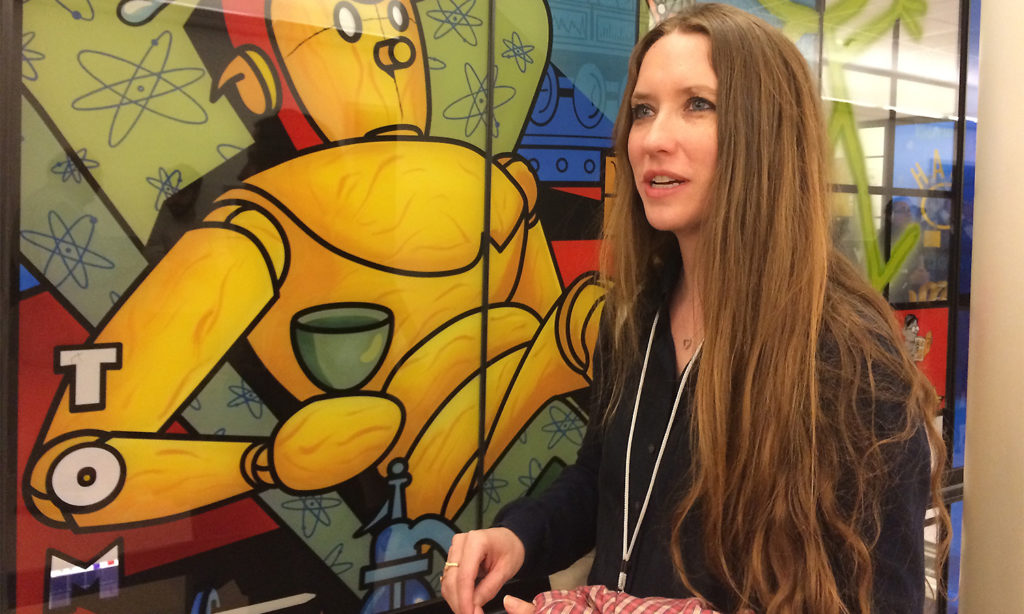 WHAT: Literary scholar and comic expert Hillary Chute will speak about the cultural and literary impact of 59th Edward MacDowell Medalist Art Spiegelman during a free public ceremony on August 12, 2018 at The MacDowell Colony’s campus in Peterborough, NH. Chute, who is also an accomplished author, critic, and professor of English and visual arts, will introduce the first-ever MacDowell Medal given in comic art before best-selling author and MacDowell Chairman Michael Chabon presents the award.

“Art Spiegelman is without question one of the most important literary and artistic figures of the postwar era,” said Chute. “It is impossible to overstate his influence: his comics have changed culture’s sense of what is representable and how. Across decades, Spiegelman’s work has revealed the force of comic’s form to de-familiarize history and to make it relevant and moving. It is both fitting and exciting that Spiegelman will be the first cartoonist to receive the MacDowell Medal.”

Spiegelman will be on hand with his family at the event to accept the first MacDowell Medal awarded to an artist working in comic art and graphic novels. As one of the nation’s leading contemporary arts organizations, MacDowell has awarded the prestigious medal annually since 1960 to an artist who has made an outstanding contribution to American culture.

This year’s selection panel was chaired by cartoonist and MacArthur-winner Alison Bechdel, the best-selling author of the graphic memoir Fun Home. Bechdel assembled a panel comprised of Chute herself; visual artist, graphic memoirist, and MacDowell Fellow Julia Jacquette; graphic novelist, co-founder of the Center for Cartoon Studies, and MacDowell Fellow James Sturm; and Gene Yang, a cartoonist, MacArthur winner, and last year’s Library of Congress Ambassador for Young People’s Literature. Bechdel and Sturm are expected to be on hand for the ceremony.

WHO: In 1992, Art Spiegelman won the Pulitzer Prize for his masterful Holocaust narrative Maus: A Survivor’s Tale, which portrayed Jews as mice and Nazis as cats. Maus II continued the remarkable story of his parents’ survival of the Nazi regime and their subsequent lives in America. Spiegelman’s comics are best known for their shifting graphic styles, their formal complexity, and controversial content. He joined the underground comix subculture of the 60s and 70s. As creative consultant for Topps Bubble Gum Co. from 1965-1987, Spiegelman created Wacky Packages, Garbage Pail Kids and other novelty items, and taught history and aesthetics of comics at the School for Visual Arts in New York from 1979-1986. In 1980, Spiegelman founded RAW, the acclaimed avant-garde comics magazine, with his wife, Françoise Mouly.

Hillary Chute is a professor, author, and columnist on comics and graphic novels for The New York Times Book Review. Her most recent book is Why Comics? From Underground to Everywhere. She has taught at the University of Chicago and Harvard University and is currently Distinguished Professor of English and Art + Design at Northeastern University. Alison Bechdel is a critically acclaimed cartoonist, graphic memoirist, and author of The New York Times best sellers Fun Home: A Family Tragicomic and Are You My Mother?: A Comic Drama. Bechdel is also a 2014 recipient of the MacArthur Grant.

MacDowell Fellow Julia Jacquette is an artist working and living between New York and Amsterdam and a member of the MacDowell Colony’s Board of Directors. Her work has been shown extensively at galleries and museums around the world, including the Museum of Modern Art, The Museum of Fine Arts Boston, and The RISD Museum, among other institutions.

MacDowell Fellow James Sturm is a cartoonist and co-founder of the Center for Cartoon Studies in Vermont. Sturm is also the founder of the National Association of Comics Art Educators, an organization committed to helping facilitate the teaching of comics in higher education.

Michael Chabon is a novelist, essayist, and screenwriter whose works include the Pulitzer Prize–winning novel The Amazing Adventures of Kavalier & Clay, Telegraph Avenue, and the Hugo and Nebula Award-winning The Yiddish Policemen's Union, both which were written in part at The MacDowell Colony. He is a member of the Academy of Arts and Letters and was named Chairman of The MacDowell Colony’s Board of Directors in 2010.

CONTEMPORARY for 111 YEARS:
Composer Edward MacDowell and pianist Marian MacDowell, his wife, founded The MacDowell Colony in 1907 to nurture the arts by offering creative individuals of the highest talent an inspiring environment in which to produce enduring works of the imagination. Each year, MacDowell welcomes more than 300 architects, composers, filmmakers, interdisciplinary artists, theatre artists, visual artists, and writers from across the United States and around the globe. More than 14,500 residencies have been awarded since its founding. Recipients have included Ayad Akhtar, James Baldwin, Ta-Nehisi Coates, Ellen Driscoll, Louise Erdrich, Osvaldo Golijov, Cathy Park Hong, Dee Rees, Colson Whitehead, and Julia Wolfe. Pulitzer Prize-winning author Michael Chabon is the chairman of MacDowell’s Board of Directors.