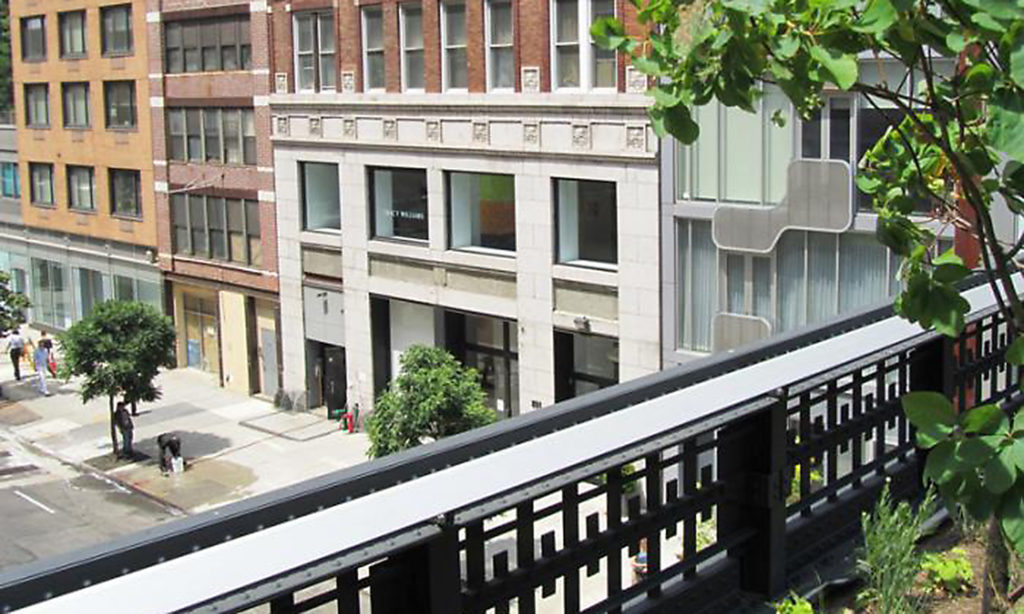 521 W. 23rd Street is viewed here from The Highline, which is just a few doors to the west of the space our New York office hopes to move to later this year. (image courtesy Cushman & Wakefield) 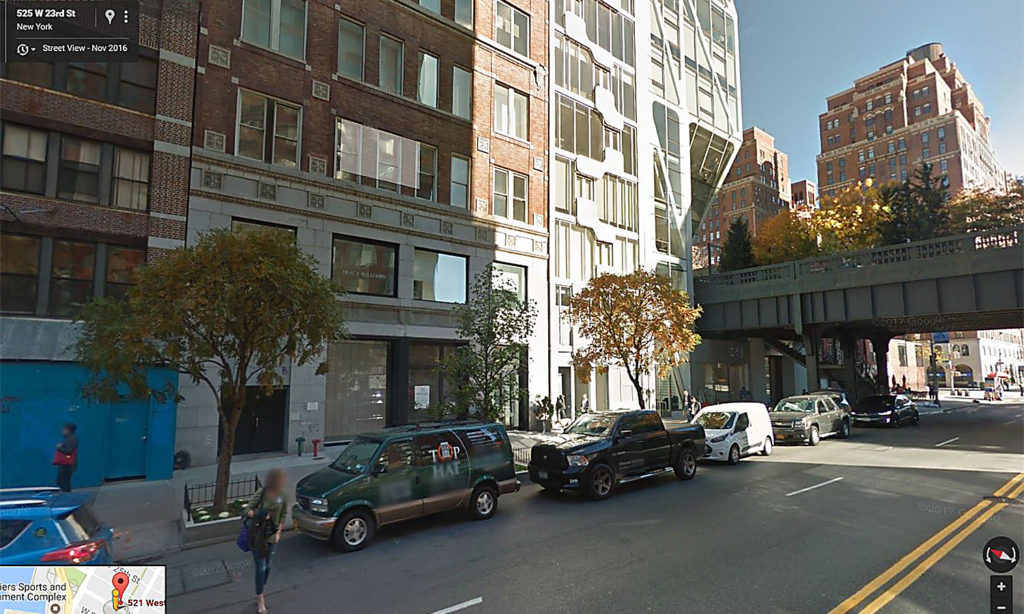 521 W. 23rd Street is seen center-left in this image with The Highline a few doors away. (image courtesy of Google Maps) 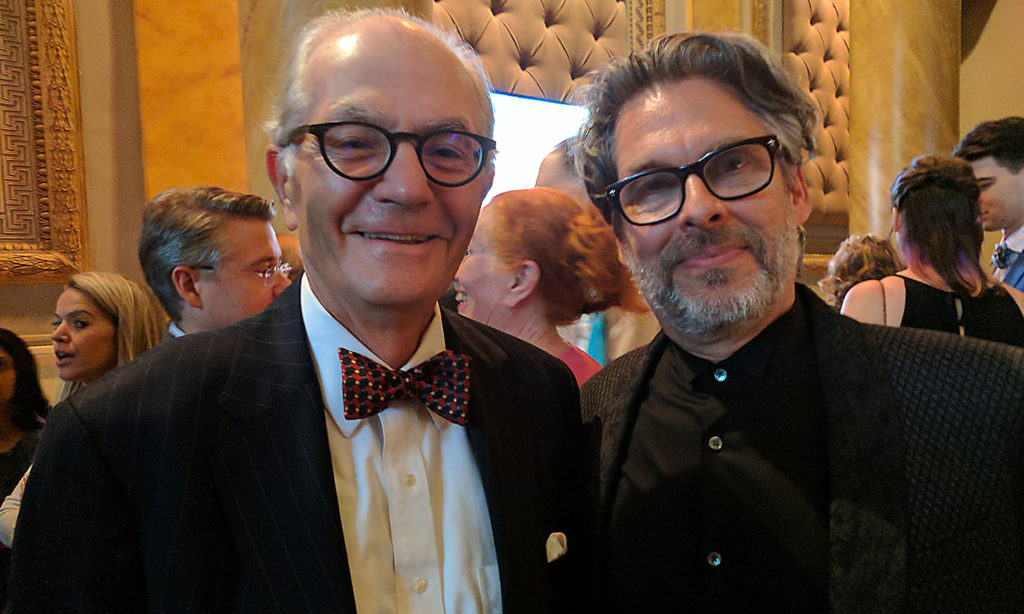 New Board President Andrew M. Senchak and Chairman of the Board of MacDowell Michael Chabon. (Christian Holland photo)

NEW YORK, NY, May 1, 2017 -- The MacDowell Colony, one of the nation’s leading contemporary arts programs, will be moving into larger Manhattan offices later this year, trading in its old upper East Side address for much roomier and light-filled space on West 23rd Street. The announcement was made during MacDowell’s annual benefit in New York City hosted by Michael Chabon, chairman of the Colony’s board. The beautiful new space, just steps from The Highline, will provide much needed room, exhibit space, meeting space, and better visibility in the heart of a cultural hot spot in New York.

“I am sure that Marian MacDowell would be overjoyed to know that, in our second century, MacDowell will have a beautiful new home in New York City,” said Executive Director Cheryl Young, explaining that in tandem with moving into its new 4,500-square-foot office at 521 West 23rd Street, and to heighten its profile, the venerated artist residency program is also working with a designer on a dynamic new visual identity that will launch online later this year to reach an expanded audience. “Each year, MacDowell receives and evaluates thousands of artist applications for the 300 or so coveted residencies we are able to award.... Our visibility will help us to continue to attract the most talented artists.”

Young said the new space would also give the New York location the capability to offer programming “that explores the leading edges of 21st century creativity,” something the old space – that mainly served as an administration and fundraising office – could not do. Pelli Clarke Pelli is providing design services.

Chabon also announced new MacDowell Colony Board leadership, saying that Andrew (Andy) M. Senchak is taking over as President of the Board of Directors, replacing Susan Davenport Austin, who had helmed the board for seven years and has stepped down. Senchak is Senior Advisor and Former Chairman of KBW, and has been on the board at MacDowell since 2007.

The MacDowell Colony offers highly competitive fellowships for artists, each with an average value of $10,000, lasting from two weeks to two months on 450 wooded acres in Peterborough, NH. Fellows in seven disciplines are chosen based solely on their talent, and are given one of 32 private studios and three meals a day at no cost. Aside from the uninterrupted time to work, benefits include the unique multidisciplinary exchange artists tell us only a MacDowell residency can provide. In partnership with the Whiting Foundation, Leon Levy Foundation and others, artists demonstrating need are eligible for travel grants and stipends to help with the costs of being at a residency.

MacDowell artists range from emerging artists to those who are established, and come from all 50 states and around the world. This past year MacDowell Fellows received myriad awards including a National Book Award, three Pulitzers for poetry, fiction, and journalism, three MacArthurs, 21 Guggenheims, and a Tony. In that same time period multiple works were produced on Broadway, and were included in the Whitney Biennial, Sundance, and seen at Cannes. For 110 years, The MacDowell Colony mission has inspired essential contributions to American and world culture.