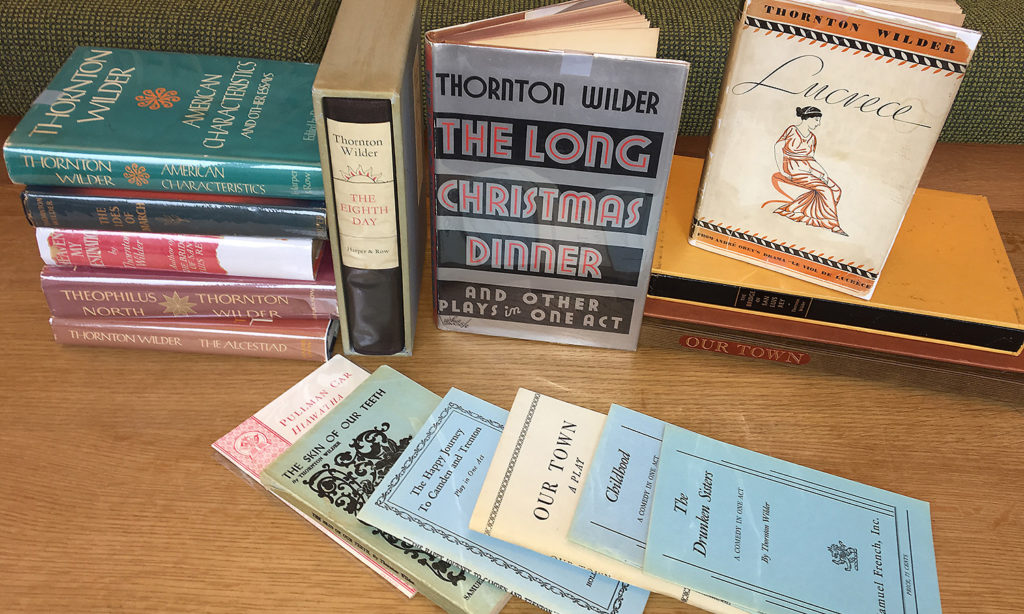 This is just a portion of the donation of rare Thornton Wilder works given to the Colony by composer Joel Harrison. 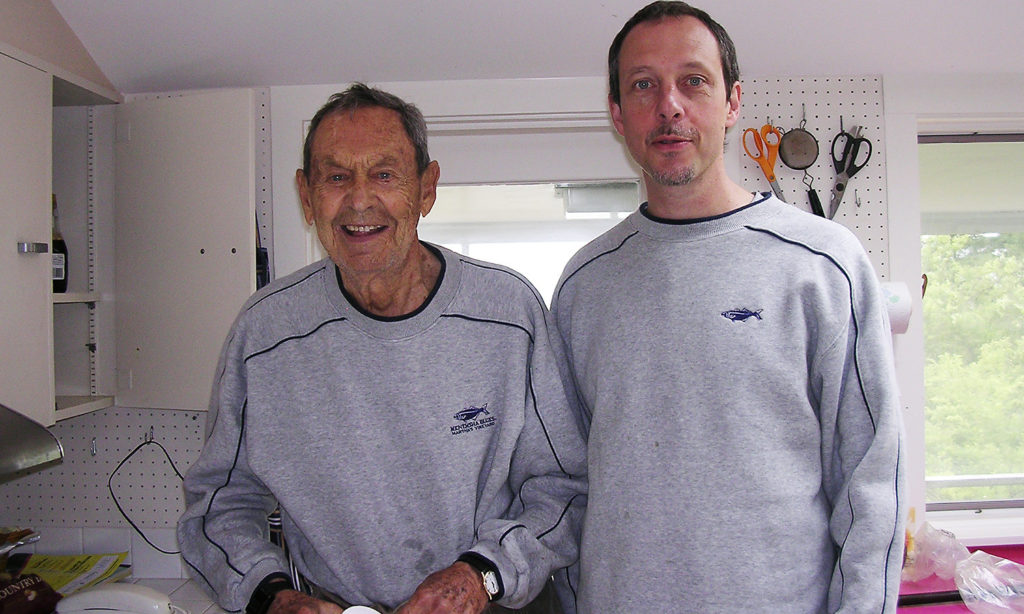 Writer and editor Gilbert Harrison and his son, composer and Fellow Joel Harrison. 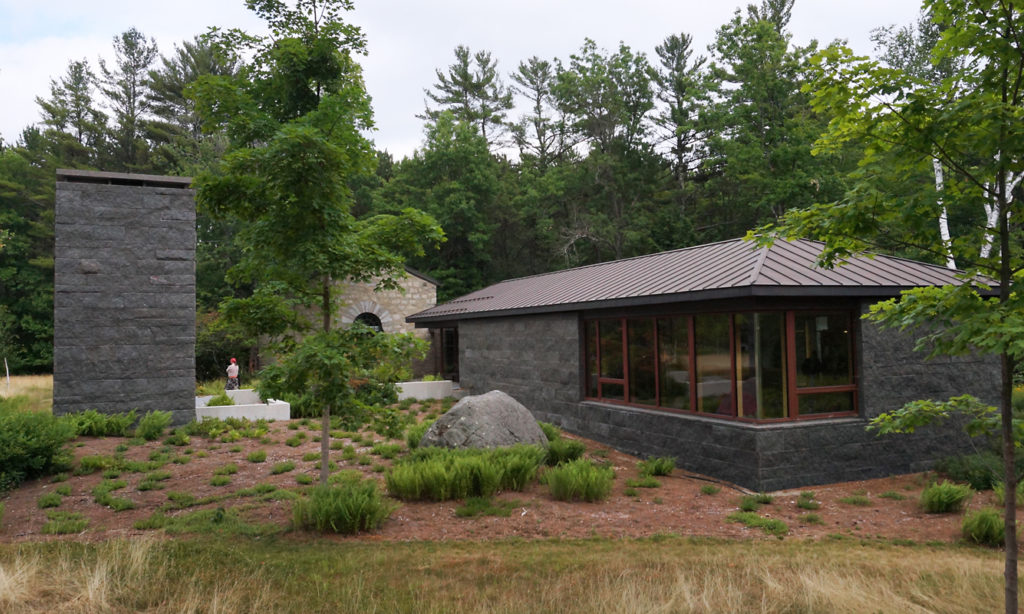 Composer Joel Harrison (MF 7x 02-14) has donated a box full of limited-edition Thornton Wilder books and plays to MacDowell’s Savidge Library. The generous gift is part of a larger collection of books Harrison’s father left behind when he died in 2008.

Wilder, a Pulitzer Prize-winning playwright and novelist, was a nine-time MacDowell Fellow (1924-1953) and the first artist to be awarded the Edward MacDowell Medal in the Arts in 1960. His play Our Town, which premiered in 1938, was written during one of his many residencies at the Colony. In fact, it is popularly believed that much of the play’s action and characters are based on his summer experiences in Peterborough.

“My father had a small publishing company ... and tried to recruit some of his favorite authors and I think he met Wilder sometime in 1942,” Joel says of his Dad, Gilbert Harrison. The friendship lasted and the elder Harrison got to know Wilder well during the time Harrison was editor of The New Republic magazine from 1954 to 1974. As editor, Harrison worked on revitalizing The New Republic, for which he received the George Polk Award in 1964.

“I remember Wilder coming over to dinner once,” says Harrison, who describes him as a short, intense, bald man with tufts of white hair. “He was lively, had an animated presence with a quick laugh and silver tongue.” Wilder’s sister asked Gilbert Harrison to write Wilder’s biography.” As a result, The Enthusiast: A Life of Thornton Wilder (1983), is the only authorized biography of the writer.

“When I looked at this collection and considered how my father had been friends with Thornton Wilder, I thought that with MacDowell’s connection to Wilder, the Colony would be a better home for the books,” said Harrison.

According to MacDowell Librarian Colette Lucas, the collection is an assortment of limited first-edition plays and novels written by Wilder. The collection is on reserve, with some works available for circulation within MacDowell’s Savidge Library, designed by architects Tod Williams Billie Tsien.

“First editions have special resonance. Given that Wilder was so important to MacDowell it seems appropriate that these important works live there,” says Harrison. “They create a tangible, physical association with Wilder and his writing, especially as most of them are signed. I'm sure it would make my father glad to know they now reside in the place where Our Town was born.”

The collection includes a wide range of long and short works by Wilder. The Ides of March, Heaven’s My Destination, and The Bridge of San Luis Rey are just a few of the notable pieces included in the collection.

Harrison also sees this donation to the Colony as a way for him to establish a connection between himself, his father, and Wilder with MacDowell at the center, even though his father had never been a Fellow. The donation brings that affiliation full circle.

“Wilder was an important man of letters in the 20th century,” says Harrison. “I just like the thought of having a little piece of him and my father up there at the Colony. My father collected his books over a period of time, probably before he wrote his biography as well as during the process, so in a sense this is part of his legacy.”

Harrison says he hopes some future MacDowell Fellows might find their inspiration and purpose by looking at the collection and working with it.

“I’ve done a lot of my best composing at MacDowell, and find it an incredibly inspiring place to share your artistic work,” he says. “It’s a place where you really feel like you’re in your spiritual home surrounded by people with the same purposes and desires in life, so it’s very enlivening and inspiring.... It’s nice to give something back to MacDowell – it’s given me so much.”