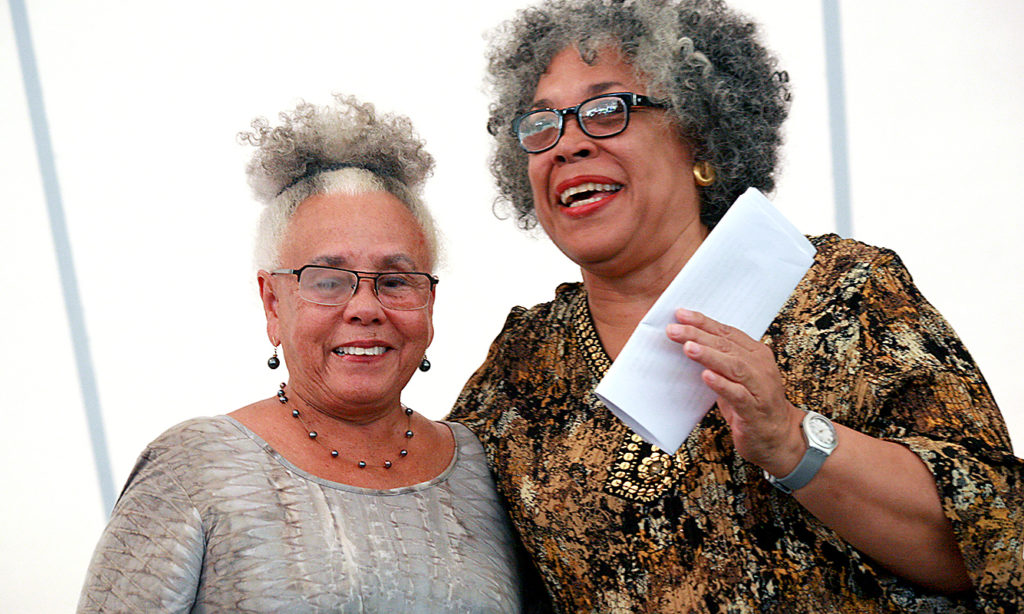 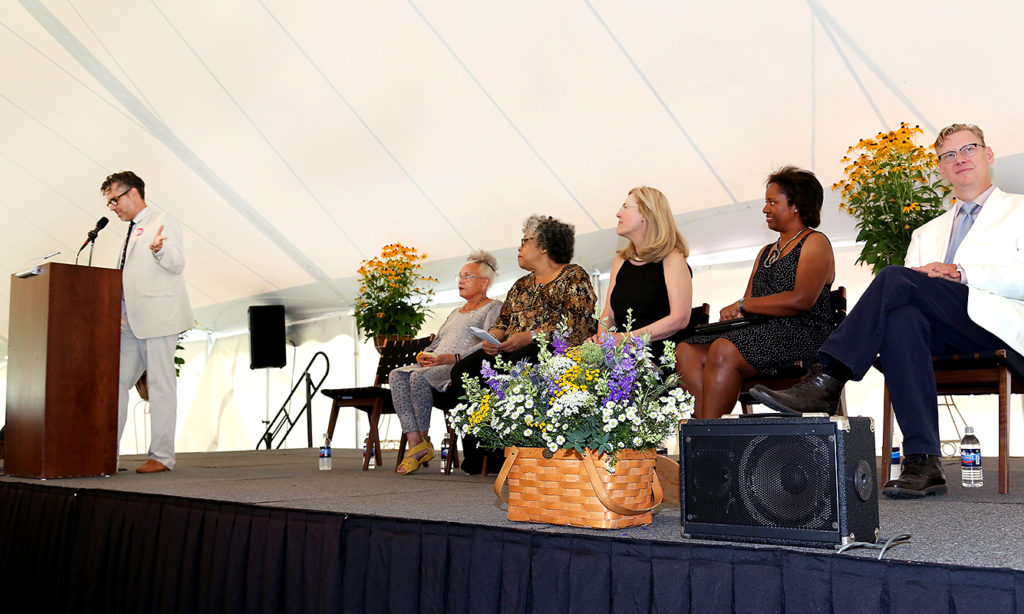 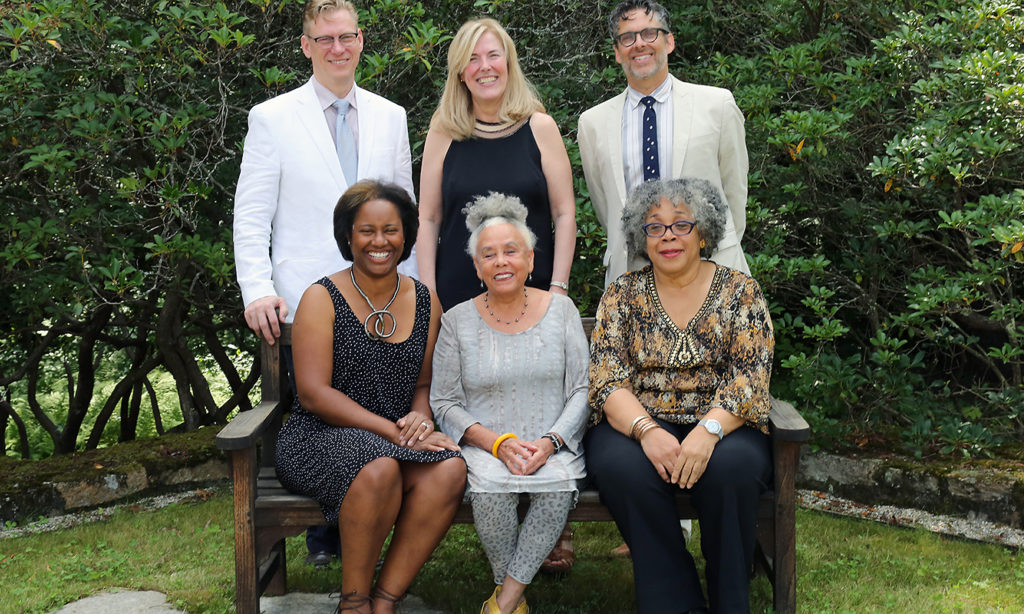 Nearly 1,400 visitors watched assemblage and installation artist Betye Saar accept the 55th Edward MacDowell Medal from Chairman and novelist Michael Chabon at a public ceremony August 10. Saar told the crowd, “I feel that this medal says for me, You go, girl!” The gathered throng at The MacDowell Colony erupted in laughter and applause as she continued, “My reply is, ‘Thank you.’ ”

In kicking off the festivities, Chabon listed Saar’s name along with the previous three medalists honored during his tenure as Chairman—Edward Albee, Nan Goldin, and Stephen Sondheim—and then told the gathering, “I'm not sure it would be possible to condense a greater sense of the range, intelligence, cunning, and fierceness of American art into a smaller span than that.”

He went on to say that the word “pioneer” didn’t seem “quite strong enough to describe the startling courage [Saar] has shown, from the beginning, in making her presence known to the world.”

In a brief acceptance speech, Saar called herself a recycler of trash and treasure with an “obligation to reinterpret, to connect, to transform by cutting, tearing, nailing, painting, gluing, with fabric, paper, and paint.”

Saar, who started as a printmaker, is perhaps best known for her intimate assemblages and collages, which take images of stereotyped African-American figures from folk culture and advertising and incorporate them into works that reflect political and social protest. Her works not only challenge the myths and negative stereotypes ascribed to the African-American community but also demonstrate a connection with a myriad of mythic and spiritual concepts from Africa and the Caribbean. Born in 1926, Saar emerged as a leader in the redefinition of African American art in the 1960s and has continued to explore her cultural history in complex works.

“It's simply the truth,” said Chabon, “to say this one is probably overdue.”

In introducing Saar to those gathered beneath the large Medal Day tent, Museum of Arts and Design Curator Lowery Stokes Sims talked about the Medalist’s impact on the African-American community.

“What Betye’s artwork did was to let me and others in on another reading,” said Sims, “another consideration of those images, their historical reality, and their social impact, and to begin to recognize that they could be mechanisms for survival, and a means to coopt the distortions of racist ignorance.”

Sims, who also chaired this year’s Medalist Selection committee, then explained that Saar’s work also has appeal for a universal audience and is instructive anytime it is shown.

“As a student I learn from her every time she exhibits her work,” she said. “I see how artifacts from vernacular life and personal histories can be brought together and result in works of great visual acuity and political acumen.... Through the artful evocation of nostalgia, shamanism, autobiography, and reconstruction in these works, Betye has been able to consistently and directly engage her audience.”

Joining Sims on the selection committee were visual artists Nene Humphrey and Richard Haas, Leslie King-Hammond, art historian and founder of the Center for Race and Culture at the Maryland Institute College of Art, and Susan Sollins-Brown, executive producer and curator of PBS’s Art in the Twenty-First Century.

The MacDowell Medal is rotated among the artistic disciplines practiced at the artist colony established in Peterborough in 1907. Next year’s medal will be awarded to an individual who has made an outstanding contribution to the realm of music composition.