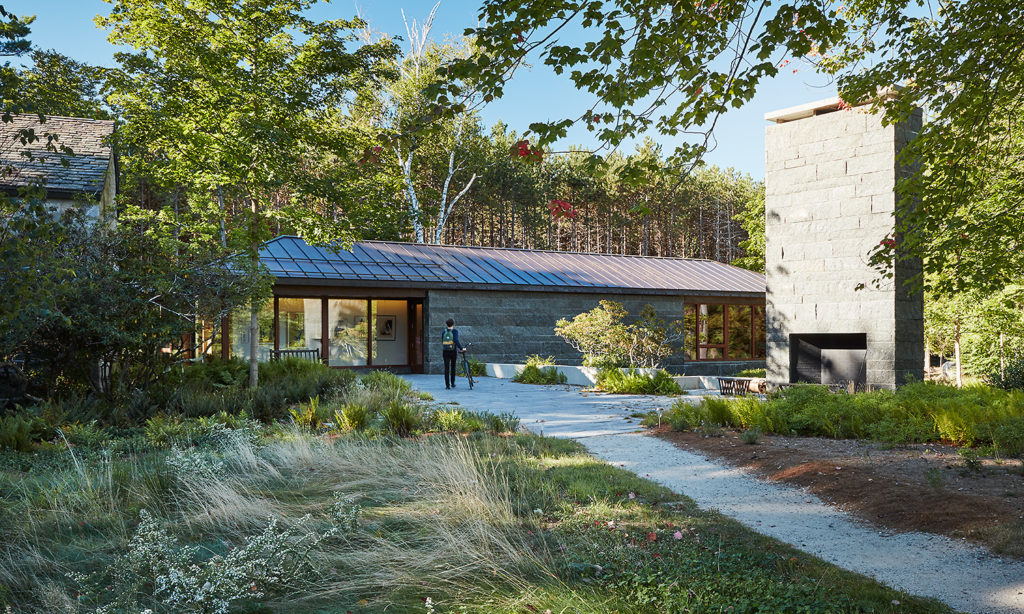 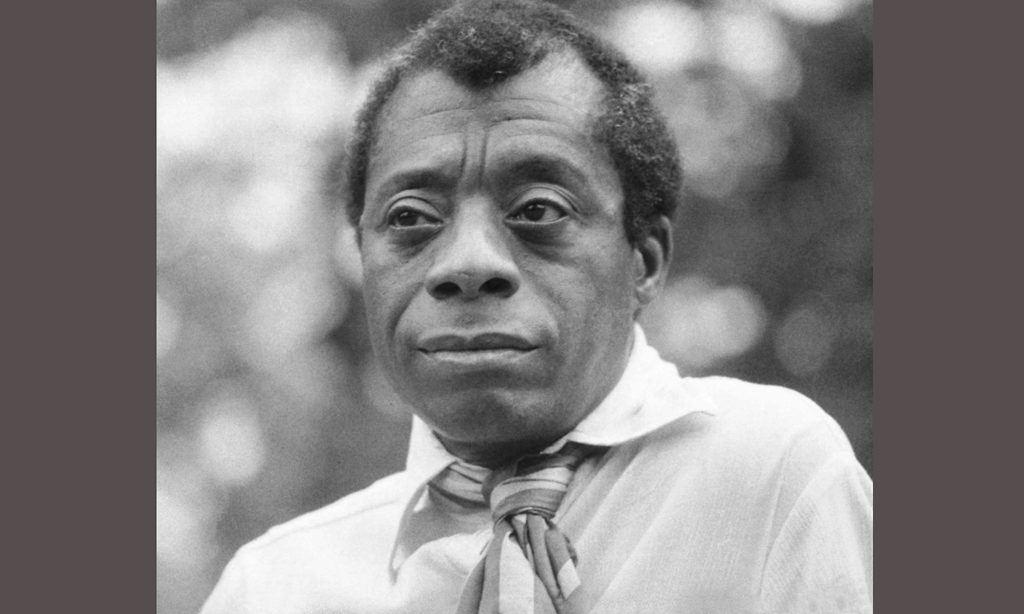 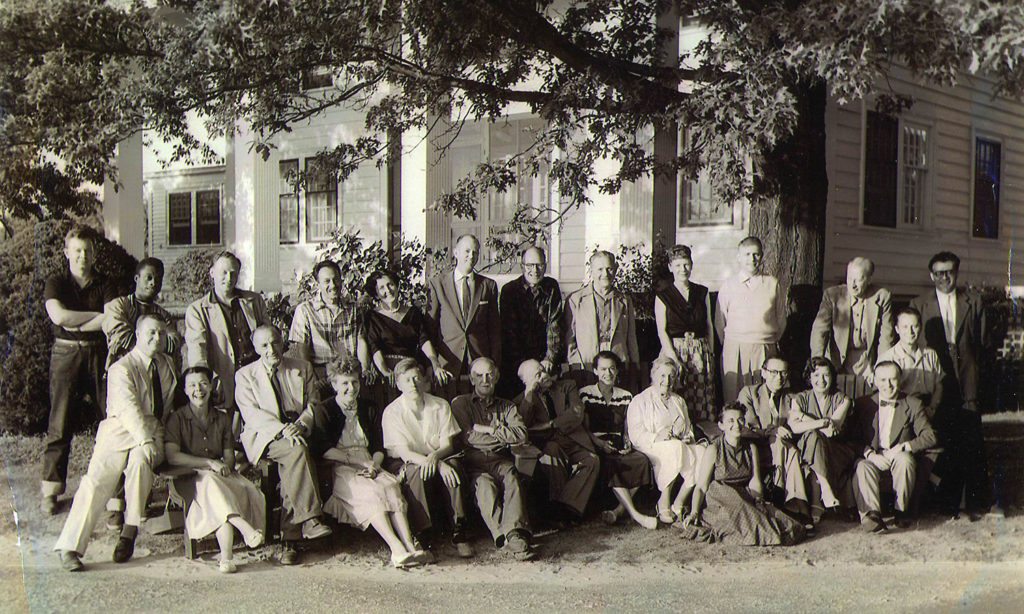 The MacDowell Colony will name its library for author and MacDowell Fellow James Baldwin on November 4th in a public ceremony, marking the first time a national arts organization will dedicate a building in his name. The move honors Baldwin’s work and continued enormous impact on the public imagination as a novelist, poet, activist, essayist, playwright, social critic, and cultural leader. Award-winning poet, essayist, and MacDowell Fellow Kevin Young, the director of the Schomburg Center for Research in Black Culture – where Baldwin’s archive of personal papers are kept – and poetry editor of The New Yorker, as well as educator, writer, and MacDowell Fellow Florence Ladd, currently overseer of the Museum of Fine Arts in Boston, are scheduled to speak to that impact at the event.

Baldwin, who called MacDowell his “favorite sanctuary for writing,” first came to The Colony in August of 1954 and spent his 30th birthday there, having published his first novel the year before. He would return two more times in 1957, and 1960. His residencies helped bring into being some of his most seminal works, including Notes of a Native Son, Giovanni’s Room, and Another Country. He became a literary giant whose keen, radical, and unflinching commentary about what it means to be different and marginalized in America continues to inspire generations. His first novel, Go Tell It on the Mountain, was acclaimed for its insights on race, spirituality, and humanity. Among his other novels and collections are the titles The Fire Next Time, If Beale Street Could Talk, and The Price of the Ticket. He also wrote two plays, The Amen Corner and Blues for Mister Charlie.

“Baldwin’s work will endure far longer than any library, but as long as the James Baldwin Library stands, we will strive to be reminded of the vision that inspires MacDowell: opportunity, equality, and the freedom to create,” said MacDowell Chairman of the Board Michael Chabon.

Upon hearing about the dedication, the Baldwin family released a statement: “We are profoundly moved and delighted to participate in The MacDowell Colony's decision to honor our Jimmy's life and artistic achievement in naming its library The James Baldwin Library. He always felt at home at MacDowell.” In addition, the family decided to donate a portrait of Baldwin by American Modernist Beauford Delaney, saying, the “portrait of James is dedicated in honor of MacDowell Colony's historic humanitarian service to artists of all genres, and in loving memory of our mother Berdis Emma and her beloved son, James Arthur Baldwin.”

“It’s wonderful how the Baldwin legacy is coming full circle,” said Kevin Young, “for not only have the Baldwin papers come back to Harlem to a permanent home right around the corner from where he was born, in a library where he read as a child, but now his name will grace a beautiful research library at MacDowell, a place Baldwin came to love for its creative nourishment. Personally, I had the privilege of working in a MacDowell studio where Baldwin himself worked – writing beneath his signature hanging on the wall was inspiring. With his name on the library, every MacDowell Fellow will now be able to share in that inspiration.”

In conjunction with the naming of the Library, MacDowell is launching a Baldwin Initiative that will raise fellowship funds to sustain the program and remove financial barriers to becoming an artist. “We believe validating the wish to be an artist, helping the work get made, and connecting more communities to the arts, is how societal change can be accelerated,” said MacDowell Colony Executive Director Cheryl Young. “The pace of change is improving in that in recent years one third of our Fellows identify as people of color. The more the arts are shared the better we all become.”

Housing more than 15,000 books, recordings, musical scores, films, and visual works created by MacDowell Fellows, the James Baldwin Library offers an extraordinary resource and connects artists across MacDowell’s 111-year history. The original one-room library, called the Eugene Coleman Savidge Library was built in 1927. In 2012, the Library underwent an expansion designed by Tod Williams and Billie Tsien Architects to meet the needs of contemporary artists-in-residence. The elegant, modern glass and granite expansion quadrupled the total square footage of the library to 4,500 square feet, while incorporating the original historic structure and expanding its essential function as a space where artists conduct research and gather to share evening presentations of creative work.

MacDowell takes great care to preserve its creative landscape, from its rustic serenity to the carefully chosen locations of its studios, making any new addition a rare event. The expansion to the Library was part of a campaign to improve all the common buildings and infrastructure of the 450-acre, 40-building campus. There are 32 studios at MacDowell for a variety of disciplines.

The Library will be dedicated during a public ceremony on Sunday, November 4th, at 11 a.m. at MacDowell in Peterborough, NH. Other events surrounding the dedication include the annual New Hampshire Benefit taking place the evening before, and a special screening of the new Barry Jenkins film If Beale Street Could Talk based on the book by Baldwin. MacDowell will be offering tickets to the December 13th screening taking place at the Museum of Modern Art.

Members of the public wishing to attend the dedication will find more information here. Space is limited; RSVP is required.

Florence Ladd is an educator and a writer. She earned a B.S. in psychology in 1953 from Howard University and a Ph.D. in social psychology in 1958 from the University of Rochester in New York. Ladd has taught at Simmons College, in Istanbul, at Harvard University's Graduate School of Education and the Graduate School of Design. She was associate dean at M.I.T. and dean of students at Wellesley College before moving on to a research consultant position with the Institute of International Education's South African Education Program in 1984. A year later, she went to Oxfam America and served as a liaison to the United Nations. In 1989, Ladd returned to academia at the Bunting Institute at Radcliffe College, retiring in 1997. In 1996, she published her first novel, Sarah's Psalm, to critical acclaim. Currently, she is the overseer of the Museum of Fine Arts in Boston, as well as a member of the Board of Trustees of Hampshire College. Previously, she served on the board of the Institute of Contemporary Art in Boston.

Kevin Young is the award-winning author of 13 books of poetry and prose, and the editor of eight others, including The Art of Losing and The Hungry Ear: Poems of Food & Drink. His nonfiction book Bunk won the Anisfield-Wolf Prize, was longlisted for the National Book Award, a finalist for the PEN Jean Stein Award and the National Book Critics Circle in Criticism, and was a New York Times Notable Book. His latest book of poems is Brown, featured on The Daily Show with Trevor Noah. He is the director of the Schomburg Center for Research in Black Culture and the poetry editor of The New Yorker.

CONTEMPORARY for 111 YEARS:
Composer Edward MacDowell and pianist Marian MacDowell, his wife, founded The MacDowell Colony in 1907 to nurture the arts by offering creative individuals of the highest talent an inspiring environment in which to produce enduring works of the imagination. In 1997, MacDowell was honored with the National Medal of the Arts. Each year, MacDowell welcomes more than 300 architects, composers, filmmakers, interdisciplinary artists, theatre artists, visual artists, and writers from across the United States and around the globe. More than 14,500 residencies have been awarded in the last 111 years. Recipients have included Ayad Akhtar, James Baldwin, Ta-Nehisi Coates, Louise Erdrich, Osvaldo Golijov, Cathy Park Hong, Glenn Ligon, Dee Rees, Vijay Seshadri, Ann Patchett, Colson Whitehead, and Julia Wolfe. Pulitzer Prize-winning author Michael Chabon is the chairman of MacDowell’s board of directors.