Music is a Force that Brings Humans Together 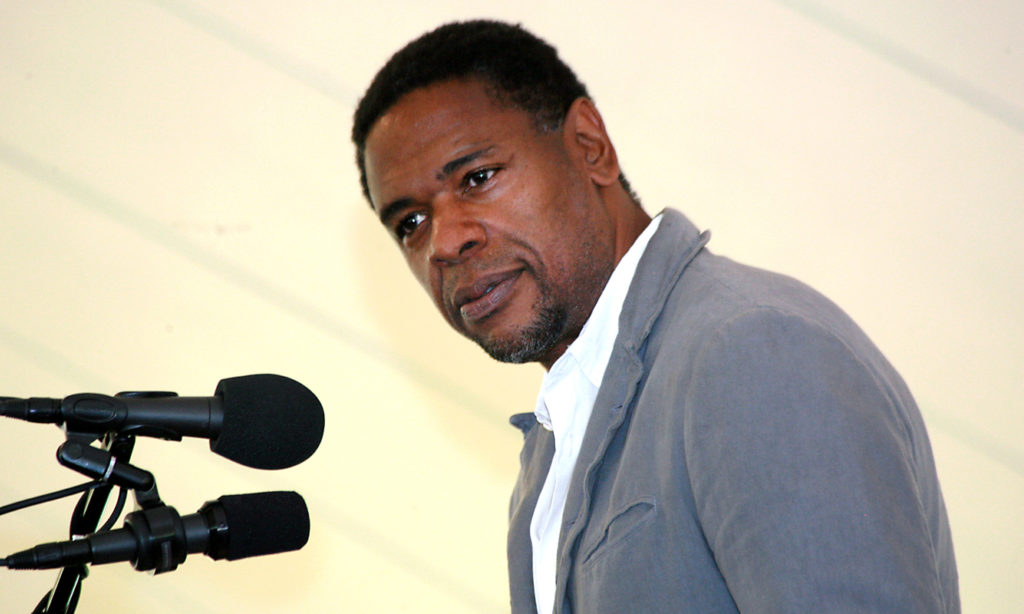 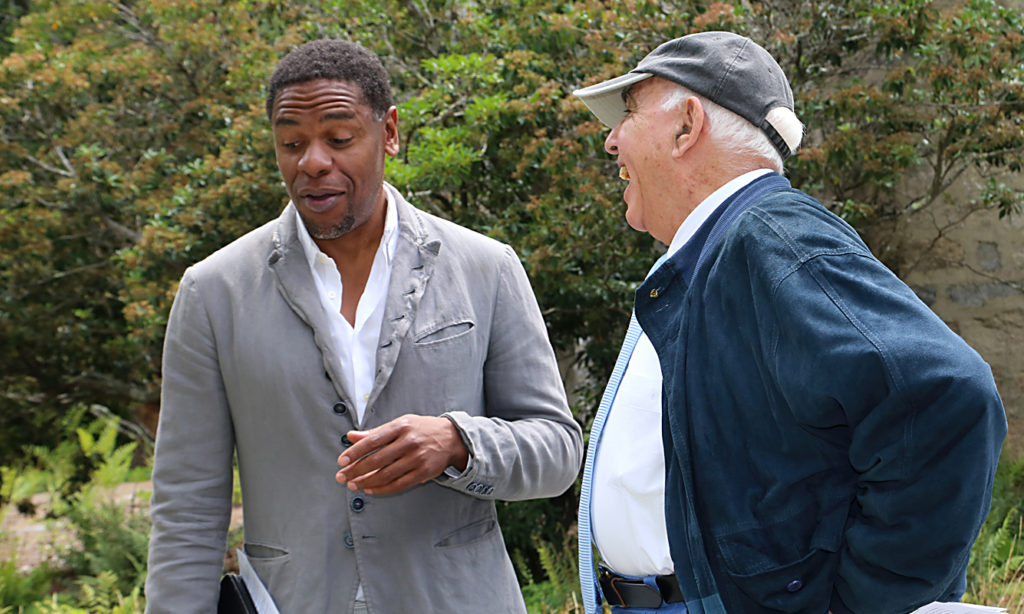 Medal Day 2015 speakers Terrance McKnight and composer Yehudi Wyner share a laugh on the way to the Medal Day tent.

So what Michael didn’t say, I will forewarn you, is that my father is a Baptist preacher, and today is Sunday.

I'm really overjoyed to be here, for a number of reasons. But I want to take a moment to just imagine the occasion, 7 weeks ago, perhaps a lavish ceremony, on a beautiful Sunday afternoon. Gunther Schuller was the guest of honor, it was his day, and all his old friends were there. A whole generation of musicians. John Lewis and Leopold Stowkowski, Miles and Diz were there, Toscanini. Giants in the world of music. They were there to witness Gunther receiving his award for a life well lived and an art well served. Perhaps Louis Armstrong even played “When the Saints Go Marching In” with strings and woodwinds. I imagine that's the way Gunther Schuller would want it. Because in his imagination human beings were not to be separated by music, but music should be the force that could bring us together. That was Gunther Schuller.

Imagine just a few months ago Gunther Schuller being interviewed and asked the question, how he wanted to be remembered. His response was, I'd like to be remembered. So I ask you, how will we remember Gunther Schuller. Perhaps we'll remember a few of his compositions. One of my favorites was Gunther narrating the piece about the young trumpet player learning to play jazz. Or maybe we’ll remember him from some of the books he authored. Maybe we'll reflect upon all the students he touched and the music programs that he shook up. Remember the first time Gunther picked up a horn, he got an F out of the instrument, a beautiful tone. And how about a few years later when at 16 he played Shostakovich with the New York Philharmonic. The very next year he was principal horn in the Cincinnati Symphony. But maybe some of us will remember him as a journalist or radio personality. Gunther did so many things well. Perhaps we'll think of Gunther every summer as the ice cream trucks roll through the neighborhood playing Scott Joplin’s “Maple Leaf Rag.” Because we know Gunther did a lot to help revive Joplin’s music.

How will we remember Gunther Schuller? He did so many things extraordinarily well.

I knew of Gunther years before meeting him. I finally got the chance to shake his hand seven years ago. I never sat in his classroom or under his baton and unlike many of you I can't really claim him to be a friend. But you know what, Gunther and I, we were cool. I had his phone number, and I’d just call him up. And he'd say, “You just called me to talk? You just called to see how I was doing? Nobody does that anymore.” And I said, “Well I do, and I’m going to call you again. I’m going to keep calling you.” And I did. We had riveting conversations, the last in which he lamented the fact that our society has become almost completely commercialized. That in large part we don't value the arts the way we used to. That bothered him. He believed that art and culture made for a more humane society, and he was always in search of people. It was also in those conversations that I learned Gunther didn't do everything well.

His father was an accomplished violinist, but Gunther couldn’t make a violin speak. Couldn't play it at all. Piano, very little talent. He wasn't great at everything. And aside from the scholarly writing, the prophetic compositions, I propose that we remember Gunther for his abilities and his inabilities. The most important inability was his inability to tolerate nonsense.

He didn't sit by quietly during his school days in Germany. He wrote letters to his parents about the Injustice until they did something about it.

At 14 years old he understood the genius of Beethoven and Duke Ellington and he felt that the two had something to learn from the other. That was heresy to many, but not to Gunther. So he talked about it.

At Tanglewood, Gunther saw a dearth of African-American musicians, so he brought them in.

To Gunther, if it didn’t make sense he didn’t sit by quietly. It didn't make sense to him that an orchestra couldn't swing, or that its players couldn't improvise. So he composed music that did.

So when we hear the grooves in Paul Moravec’s chamber music, remember Gunther Schuller.

When you feel the passion in Wynton Marsalis’ blues-inspired symphonies, remember Gunther Schuller.

When you witness Donal Fox at the piano going to town on Bach, think about Gunther Schuller.

Or when you hear me on the radio, know that I'm there due in part to Gunther Schuller.

Gunther Schuller and I were just cool, and I can hardly wait to hear what one of his friends has to say about him. Yehudi Wyner.