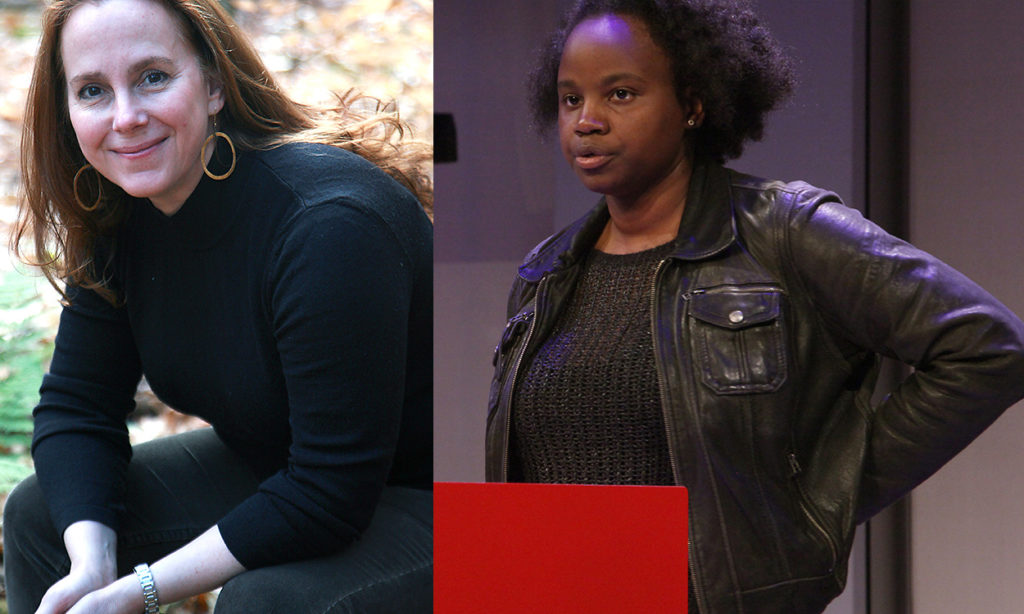 When novelist Hillary Jordan (MF 10, 14, 17) heard the rapturous applause and watched the standing ovation after the premiere screening of Mudbound at the Sundance Film Festival this past winter, she was touched that the film’s adaptation of her novel resonated so much with the audience.

“I was sobbing at the end of the film,” said Jordan, “less because of how it ended than from the surreal and overwhelming feeling of seeing my characters on the screen and hearing my words come out of Carey Mulligan's and the other actors' mouths! It got two standing ovations at the first screening.”

Jordan attended the screening with another MacDowell Fellow, Dee Rees (MF 12, 14), who is the film’s director, but the two didn’t meet until the production of the film was well underway.

Rees, who brought her first feature, Pariah, to Sundance in 2011, said that when she was approached to direct the sweeping post-World War II family epic, she was captivated by the story of Mississippi sharecroppers as well as the strong women of the tale, and she began to rework a script by Virgil Williams, who focused on the relationship between the two primary male characters. While Jordan’s book features the relationship between these two pivotal men, it is the relationships of the women that occupy the foreground of the novel.

“The novel centers on two characters: Laura McAllan and Ronsel Jackson,” said Jordan. “It is arguably Laura’s book, whereas the film is focused primarily on Ronsel.... Virgil Williams, the screenwriter who did the adaptation, added more scenes with Jamie and Ronsel, and then when Dee did her rewrite, she added scenes with the Jacksons.”

Mudbound, Jordan’s first novel, took six years to write as she fought through inexperience and self-doubt. It started as a short story based on her mother’s family experiences spending a year on an isolated farm, and it grew. Jordan said she was intimidated by writing about black characters in the first person and many people discouraged her from doing so. Despite this lack of support, she continued researching and writing and eventually published the novel in 2008. Mudbound won the Bellwether Prize and a 2009 Alex Award from the American Library Association.

In 2011, Jordan met Williams, a television writer for the series “Criminal Minds” who wanted to adapt Mudbound. “His enthusiasm and respect for the material convinced me to allow him to move forward,” said Jordan. Williams wrote a treatment and in June 2012 found two independent producers, who optioned the book, paid for the script and began shopping it around. “So many books are optioned and never made as films. It started coming together two years ago, partly I think because of the Black Lives Matter movement.”

According to Jordan, Rees is a descendent of sharecroppers and was captivated by this facet of the story, so her version emphasized the Jackson family a lot more. The ending of the movie was also an alteration from the way the book ended because the book’s ending was ambiguous and, “Hollywood is not a big fan of ambiguity,” said Jordan.

“It is different,” Jordan says, but explains she enjoyed the film very much. “It is gorgeous. It is beautifully active. I feel lucky that I have something that I can be proud of. Dee did a great job.”

During her last residency at MacDowell in spring 2017, Jordan finished the first draft of a sequel to Mudbound called Fatherlands. This is the second novel she has finished during a MacDowell residency.

“I write better here than pretty much any place on Earth. I go to a lot of colonies but MacDowell is just the best…I love being here. I love working here. I love the caliber of the other artists. It is so incredible.”