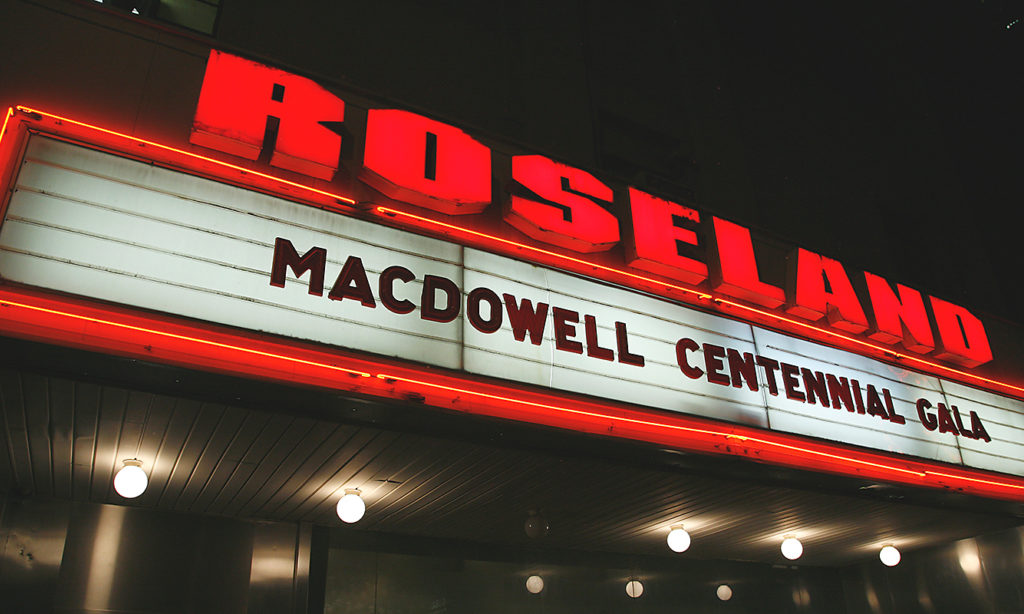 MacDowell marks its Centennial with a yearlong, nationwide celebration of creativity in honor of the more than 6,000 artists who have worked at the Colony to date. The celebration includes a major publication, a new film, a film series, and performances, exhibitions, and special events.

Together, the Centennial events will provide a compelling picture of the importance of artistic creation to a successful society. Robert MacNeil, noted broadcast journalist, writer, and chairman of The MacDowell Colony, says, “Colony founders Edward and Marian MacDowell, true visionaries, were the first to recognize that creative artists need uninterrupted time and space in which to pursue their work, and that artists working in different disciplines have much to offer one another. In marking the Colony’s Centennial anniversary, we also recognize and reaffirm that creativity and the arts are part of the very essence of America, and rank high among our national values.”

In its first century, MacDowell has awarded Fellowships to an array of exceptionally talented composers, writers, visual artists, architects, interdisciplinary artists, filmmakers, and playwrights. These have included, among many others, such artists as author Michael Chabon, who worked on his Pulitzer Prize-winning The Amazing Adventures of Kavalier & Clay during his time at the Colony; Alice Sebold, whose best-selling novel The Lovely Bones arose out of a MacDowell Fellowship; Thornton Wilder, whose landmark play Our Town is set in a small New England town based on Peterborough, New Hampshire, home to the Colony; playwright Doug Wright, composer Scott Frankel, and librettist Michael Kori who collaborated on Grey Gardens while at the Colony; and food writer and Gourmet magazine editor-in-chief Ruth Reichl, whose MacDowell Fellowships enabled her to work on all three of her best-selling memoirs. The many awards given to Fellows include the Pulitzer Prize, the National Book Award, the Rome Prize, and the National Medal of Arts, as well as Guggenheim, Fulbright, and MacArthur Fellowships.

Mr. MacNeil adds, “The freedom to create is a freedom worth celebrating, not only for MacDowell’s landmark anniversary, but also in terms of our distinctive American culture. For what values better express a society’s vitality than the freedom of its people to create?”

Further details regarding Centennial events will be announced as they are confirmed.

In addition to these events, the work of more than 6,000 artists will appear nationally as MacDowell Fellows help celebrate the Centennial in 2007. Information on these and other special events will be updated at www.macdowellcolony.org/centennial and announced as the dates near.

Every year, approximately 250 talented artists are awarded Fellowships to spend up to two months at MacDowell, which is located on 450 woodland acres in Peterborough, New Hampshire. To date, MacDowell Fellows have come from 49 states and 50 nations. Each Fellow is provided with a private, fully equipped studio appropriate to his or her discipline, along with meals and accommodations. In 1997, The MacDowell Colony was awarded the National Medal of Arts “for nurturing and inspiring many of this century’s finest artists.” It is the only artist residency program to have received this prominent honor.

The MacDowell Colony has served as the model for artist residency programs throughout the United States and internationally. Since its founding 100 years ago, such communities have become the nation’s largest source of support for individual artists.