Toni Morrison Describes How She Began to Be a Writer 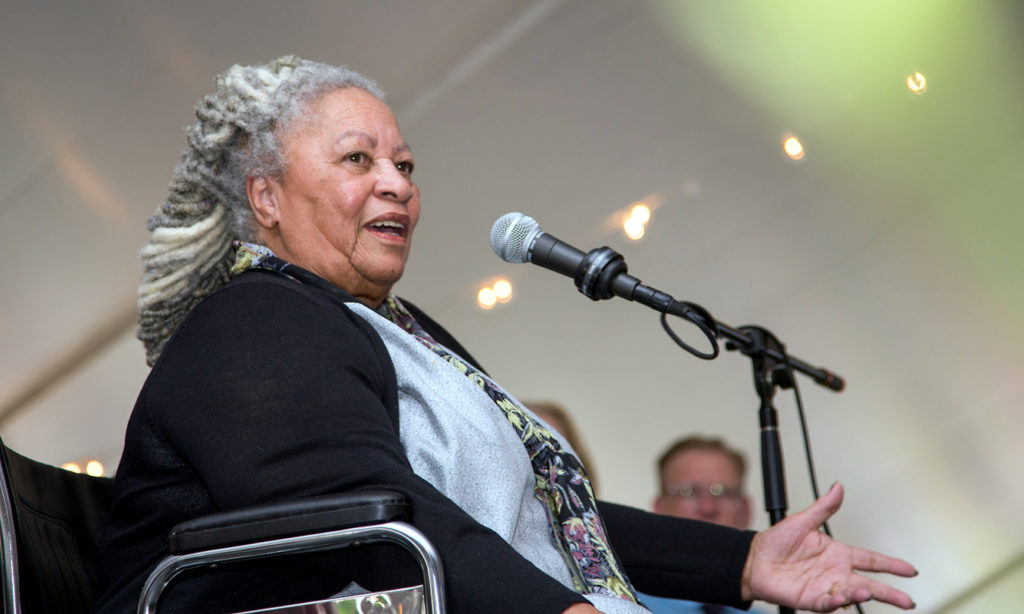 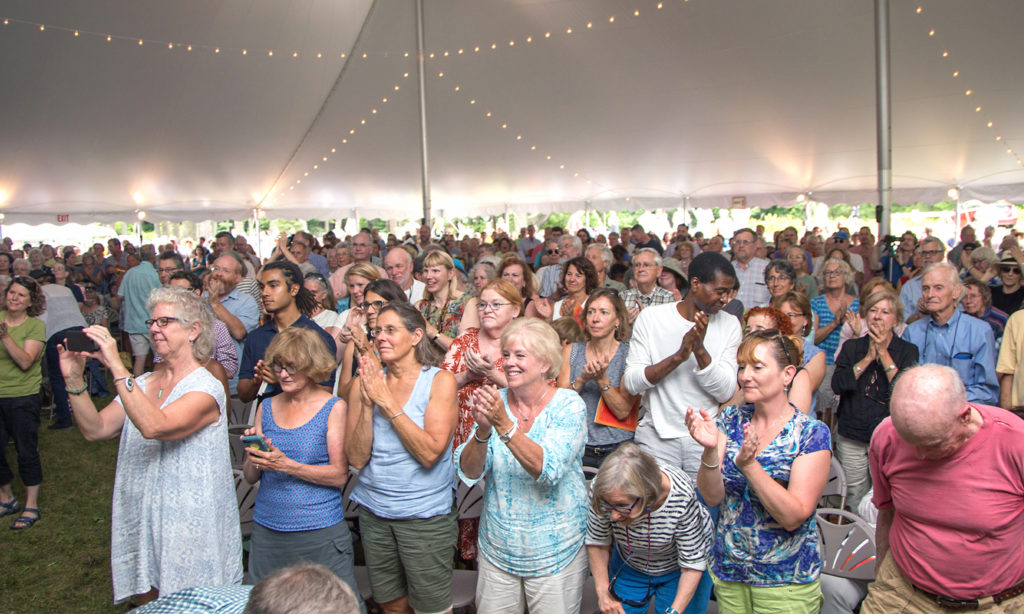 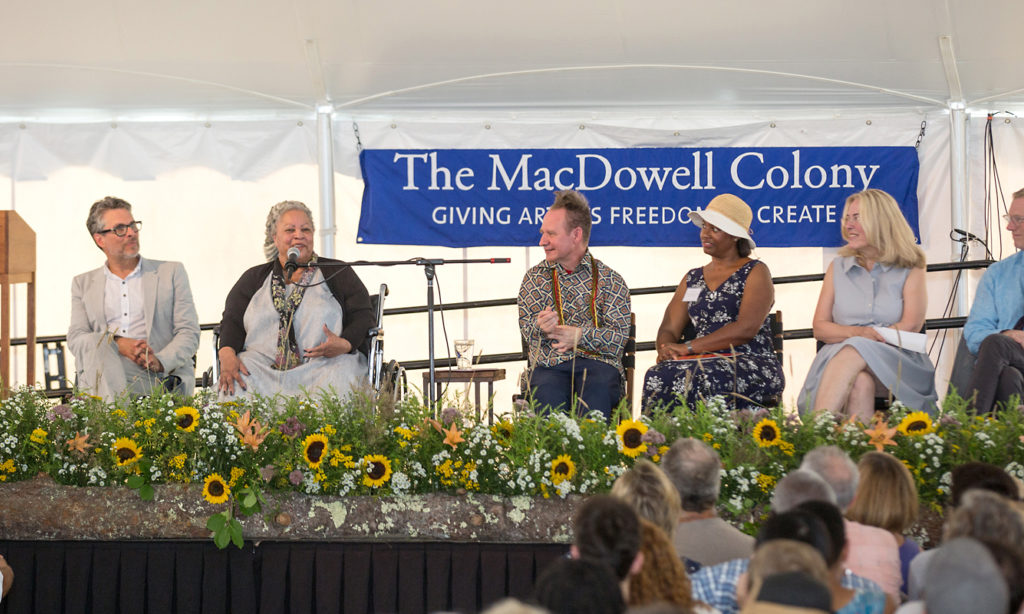 Transcript: The 57th Edward MacDowell Medalist explains the genesis of The Bluest Eye on August 14, 2016.

Thank you. Well, I think I should go home. After Michael’s speech and Peter and Susan, it’s all been said. And they had suggested that I say a few words and I thought about it and I did some research, and I think I wrote three sentences that were of interest to me, and then I thought, ‘I don’t think so.’ I had no idea that the best speeches would be already given, but now I am truly at a loss for words, so I will tell you something else. I will tell you how I began to be a writer.

I was a reader. I learned to read when I was very young. Three years old. It was very special because in my family there were stories about my grandfather who had, as it was told, every holiday he read the Bible through five times. We were very proud of that, but we knew, particularly my parents, that there were decades when African Americans were unable to read because they were not allowed to read. And when they said school it always came with quotation marks because they were in little alleys, or fields, or under trees, and the grandfather of Bible reading power reputedly went to one of those schools one day in order to tell the teacher that he wouldn’t be back because he would have to rely on his sister to teach him to read and apparently she did.

Later on I began to wonder, why was he reading the Bible five times? And then it occurred to me, that’s the only book they had. There were no book stores, there was no buy-it, and they weren’t teaching them anything. They had to teach themselves. So, learning to read, knowing how to read, buying books. My mother joined the Literary Guild (buying club) so it was very important and they took it for granted, and they insisted and they gave us space. So I was a very early reader and had assumed that everything that needed to be written was, and I would have access to it and read it.

I got a job with the help of my older sister at the library, you know, pushing the little catalog and stopping and reading so much that they wanted to fire me. They thought, ‘well maybe not’ so they moved me to the catalog department, which was fine, and so that kind of real life for me was working with books, reading books, reading them many times, etc. And then, life. I got a job teaching, baby, something else. You know, life.

I was invited to go to a writing club in Washington, D.C. where a group of amateur writers, and some were well-known, met once a month. And I was invited for reasons I don’t remember, but I went and they had the best food you could imagine. They really put out a spread. So I was very enchanted with that. So I brought a little essay that I had written as an undergraduate, or something, and they said, ‘uh huh, uh huh.’ And then it became clear that I could not get any more food if I didn’t have something new.

So I was home and I was thinking, ‘what am I going to write and what do I know?’ My oldest son was just walking, and hanging on my shoulder, as kids do as you know, they’re always somewhere pulling on your leg or standing on their heads, and I was trying to think of what I could write. And then I remembered an incident from my childhood that I remembered very carefully and what it meant, not just what happened, but what it meant. And then I began to write, and it became The Bluest Eye. But while I was writing—I remember this more than I remember the book—while I was writing, and I write with a pencil and legal pads, my son is doing something over here and then he spits up some orange juice or something right on my manuscript, and I, being a writer, wrote around it.

It was so clear. I can always get rid of a stain, just wipe it up. But that sentence might not come back. So I got really interested in it. It took me several years to finish that book because—you know, I was teaching and children, and husbands, and whatever, and it was just the thing that you do, even now, after how many books, did you say? Eleven? No. A lot. I’m aged and as you can see I’m not so adept at running around.

But the thing that is really true and has always been true, and I didn’t know how important it was, is my imaginative mind ... that is as brilliant and sparkly and interesting as it has ever been. I think it’s more so.

After all that reading in my childhood, teenage years, undergraduate, graduate, and then I get this invitation to go to this writers group, and I realize that there is some book that nobody has ever written and I am determined to read it. So the only way I can read it, is I have to write it.

I have to say I thought it was a wonderful book, but it was sort of outside the mainstream, which I wasn’t even thinking about. It was a story. I knew a child who was my best friend and we had an argument in my hometown of Lorraine, Ohio. And she said there was no God, and I said there was, and we had a little quarrel. But she had proof and I didn’t. Her proof was—I think we were about 11 years old—and her proof was that she had been praying for blue eyes for two years and he never gave them to her. That took care of him, right? But the point is, I remember looking at her. I turned my face and looked at her and she was coal black, and I thought she would look horrible with blue eyes. It just stunned me and then the second thing I thought was how beautiful she was. That’s not a word we use as kids: beauty. We say cute sometimes, but there was this face: these almond-shaped eyes, these high cheekbones, exquisite lips. I mean it was amazing! I was struck by it, and that she needed to be somebody else.

So when I write something that I thought should be read it was that kernel because I was thinking, ‘yeah, how did she get like that? Who told her she needed blue eyes? Why did she think that? And if she did, whoever taught her? However, it was destructive and we, meaning the other children, bullied her and had probably helped make her want some other look. That’s how The Bluest Eye got started, and I have to tell you, the first time I sent it out to be published to a publisher or an agent, or one of those people, I got a nice little note back that said, ‘Thank you very much, but this novel has no beginning, no middle and no end.’ That’s called a stopper. Usually you say ‘OK.’

But I had a very aggressive family who didn’t listen to people when they were on to something, so I sent it other places—12 I think—and all of them said, ‘Not bad, and thanks a lot, but no thanks.’ And then finally somebody at Holt said, OK. I think it was because something had been written—Manchild in the Promised Land—so it was sort of up. You could probably make a dollar or two if you published something written by a black person, so this guy at Holt took it.

When I finished the book and was sending it around I was working at a publishing house in Syracuse, and Random House bought that little house and so I moved to New York. But I didn’t want them to know I had a book published, because I’m an editor, that’s different. If they think I’m being a writer, it’s like, no don’t do that. But of course they found out and offered me a job either at Random House or above, at Knopf. And Knopf was the gold medal of publishing so I went upstairs to see and I talked to a man who ran Knopf at that time, Robert Gottlieb, and he said, ‘I don’t want to be your boss because I have to be able to fire you, but I really would like to be your editor.’ And he has been ever since.