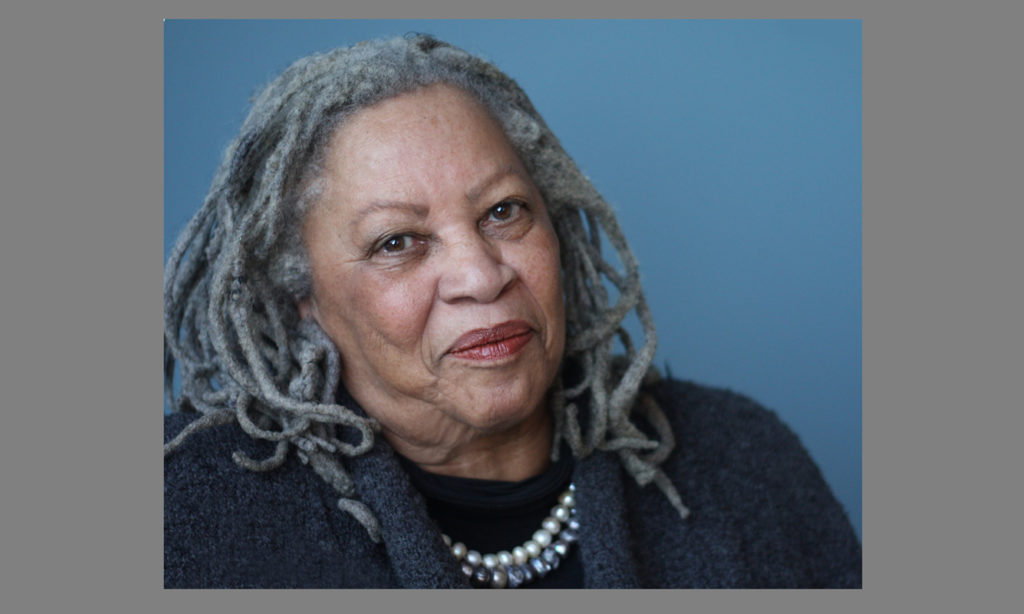 Nobel and Pulitzer winner joins venerated group of recipients and will be honored at free public event August 14.

Peterborough, NH – April 7, 2016 – The MacDowell Colony will award novelist Toni Morrison its 57th Edward MacDowell Medal on Sunday, August 14. MacDowell, one of the nation’s leading contemporary arts centers, has awarded the medal annually since 1960 to an artist who has made an outstanding contribution to American culture.

Morrison is a Nobel Prize- and Pulitzer Prize-winning novelist, editor, and professor known for writing novels that explore the American experience through the lenses of race, sex, and power with vast themes, rich dialogue, and finely drawn characters. Among her best known novels are The Bluest Eye, Sula, Song of Solomon, Beloved, and A Mercy. Past Medal recipients include Aaron Copland (1961), Robert Frost (1962), Georgia O’Keeffe (1972), John Updike (1981), Joan Didion (1996), Stephen Sondheim (2013), Betye Saar (2014), and Gunther Schuller (2015).

“If any writer could be called our nation’s conscience, that writer would be Toni Morrison,” said best-selling author Dave Eggers, chair of the Edward MacDowell Medal Selection Panel, and editor and founder of the literary publishing house McSweeney’s. “And though she was recognized with the Nobel Prize in 1993, since then she has continued to produce novels of astonishing power and beauty. She once said, ‘If you can’t find the book you want to read, you must write it,’ and that urgency is evident in every line and every book that bears her name.”

Serving with Eggers on the selection panel were Marlon James, Man Booker Prize-winning author of A Brief History of Seven Killings, The Book of Night Women, and John Crow’s Devil; Amy Tan, best-selling author of seven novels such as The Joy Luck Club and The Bonesetter’s Daughter; and MacDowell Fellow and board member Julie Orringer, author of the short-story collection How to Breathe Underwater and the novel The Invisible Bridge.

Morrison was born in 1931 in Ohio and as a child fell in love with reading. She earned a bachelor’s degree from Howard University and a master’s degree from Cornell. She has taught English at Texas Southern University, Howard University, and Yale University, and is currently the Robert F. Goheen Professor Emerita in the Humanities at Princeton University. Her first novel, The Bluest Eye, was published in 1970. Since then, she has written 10 more novels to extensive critical acclaim. She received the National Book Critics Award in 1978 for Song of Solomon and the 1988 Pulitzer Prize for Beloved. In 2006, The New York Times Book Review named Beloved the best work of American fiction published in the last quarter-century. Morrison has also penned nonfiction, two plays, and the libretto for the opera Margaret Garner. In addition to the Nobel, Pulitzer, many other literary prizes, and most recently the PEN Award for Achievement in American Fiction, she has received numerous honorary degrees as well as the Presidential Medal of Freedom.

“Toni Morrison is indisputably the greatest living American novelist,” said MacDowell Colony Chairman, Fellow, and Pulitzer Prize-winning author Michael Chabon. “With the prophetic vision that is the oldest, truest patrimony of American literature she sees us as we are now, as we have been and as we have never lived up to our promise to become. In the refiner's fire of that vision she has shaped the raw, hard stuff of our singularly violent history—the factual and the mythic history alike—into epics of everyday tragedy, written in a prose style that like all the greatest American prose styles alloys the fiercely poetic and the wryly conversational to forge a language that shines with compassion and cuts like steel. She is the writer we have been most blessed to have among us during our lifetimes. Her face belongs on postage stamps and mountainsides.”

Chabon will present the Medal along with MacDowell Board President Susan Davenport Austin, Executive Director Cheryl Young, and Resident Director David Macy. The ceremony will take place on Sunday, August 14, 2016, beginning at 12:15 p.m. at the MacDowell Colony grounds at 100 High Street in Peterborough, New Hampshire. It is the one day each year the Colony is open to the public. Guests can enjoy picnic lunches on Colony grounds by pre-ordering or bringing their own. Open studios hosted by MacDowell artists-in-residence begin at 2 p.m. and end at 5 p.m. (More information can be found at www.macdowellcolony.org)

Situated on 450 acres of fields and woodland, The MacDowell Colony brings together more than 275 composers, writers, visual artists, theatre artists, architects, filmmakers, and interdisciplinary artists from the United States and abroad each year, all of whom receive fellowships for their residencies. The sole criterion for acceptance is talent; a panel in each discipline selects Fellows. A registered National Historic Landmark, The MacDowell Colony was awarded the National Medal of Arts in 1997.