Why MacDowell NOW? Let the Circle Be Unbroken 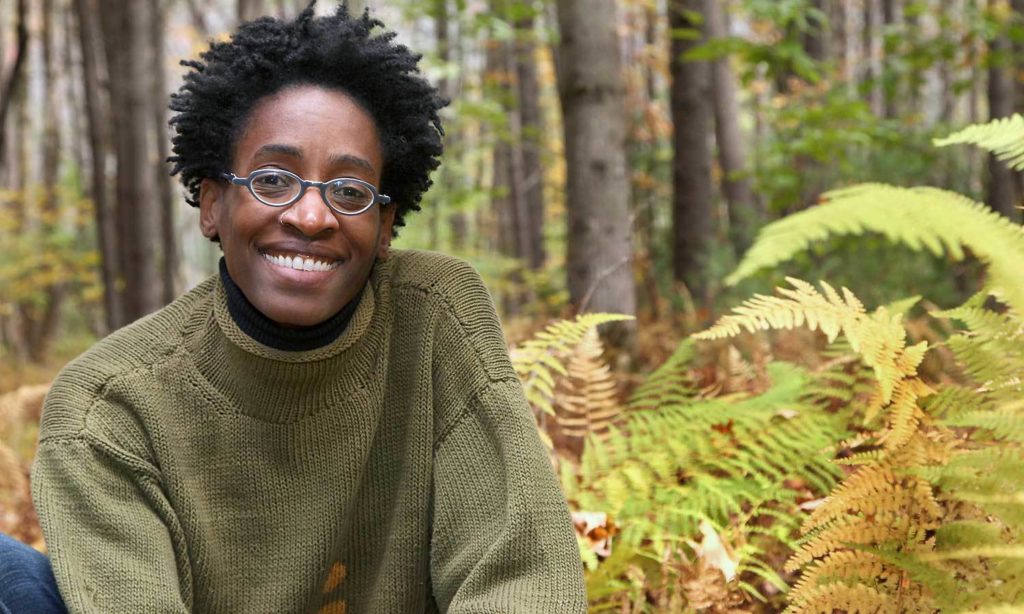 Before I traveled my road, I was my road. – Antonio Porchia

Last August, while moving my many boxes of archives to the barn to await their transport to the Beinecke Library at Yale, I came across a collection of poems I’d written during my first residency at MacDowell. In the months and years before my acceptance letter arrived, it felt as though I’d been rejected by everyone and everything – agents, grants and fellowships, publications, residencies, teaching jobs – the list felt like it went on and on. And while I was still not beaten down enough to ever stop declaring myself an aspiring writer, I was indeed shaken by so many rejections in what felt like such a short span of time. My faith in myself had indeed grown fragile even as I continued to believe I had something to say. It felt like that something wasn’t anything the predominantly white world of publishing and all that came with it wanted to hear. From M.F.A. programs to movie deals, and everything in between, again and again, I saw little to no sign of myself and the people who looked like me. In the late 80s and early 90s, as I watched the careers of white guys soar, it felt like someone was not telling the whole truth. In both the queer and straight world, voices of color battled to get published. To get heard.

The poems I held last August were weak as water and spoke of the red and gold leaves and the roads in New Hampshire and somebody who was in the midst of breaking my heart somewhere. I don’t remember who that somebody was. The poems had been written in the early 90s. I was young then and the list of somebodies was long. But the velo-bound manuscripts of poems typed out on beige paper railroaded me back to a time when I was working as a temp secretary at places like Bankers’ Trust and Manufacturers Hanover Trust – places I hated walking into on weekday mornings and dreamed of one day never having to again. But these were the same places where there was always a quiet copy room filled with everything an aspiring writer would need -- pens, legal pads, paperclips, folders, and the machinery to make books away from the eyes of her boss – binding them between hard plastic covers that were a Mani-Hani blue or the deathly beige of Bankers Trust. Can I say again how much I hated these places where I sat among a pool of secretaries (the temp ones like me being the lowest of the caste, the “permanent” ones of which only one was of color, just slightly higher up). This place where long before the Me Too movement, cigar-smoking white men spoke privately about their mergers and acquisitions and publicly about our breasts and butts before taking town cars home to places in Westchester and Fairfield counties.

Days after returning from MacDowell that first time, I was back at my desk, typing letters and calculating expense reports, costumed in a J Crew skirt and penny loafers. Behind me there was the memory of a small New England town, Adirondack chairs and my voice – heard. The poems take me back to all of this – that long ago dream I had of never ever again having to take a job I despised so that I could do the work I loved.

In the eight weeks I spent at MacDowell that first time, I learned everything from how vibrant the leaves become in small New England towns to what an artist’s life can truly become. As I sat among other writers and composers and visual artists for the first time in my life, I knew, what I wanted was this. Always.

Thirty books later, in the winter of 2018, I received a call from the Swedish Embassy, informing me that I’d been awarded the largest prize given in young people’s literature – the Astrid Lindgren Award, an honor that comes with a purse of five million kronor – the equivalent of about $600,000. I knew at once, what I wanted to do with this windfall. I wanted to give BIPOC artists what MacDowell had given to me – a place to begin to imagine yourself and your life different. A place to step out of the everyday grind of trying to pay the bills, of cooking for yourself, of doing work that didn’t feed your soul. As I began to build Baldwin For the Arts, I mined all that I had learned from my time at MacDowell and eventually, from other residencies that had harbored me during those early years. Two years later, with a MacArthur Fellowship helping me finish this dream, I remember. As I lean over architect’s plans and interview contractors, I remember. As I research the best arc of light for a painter’s studio and the configuration of a live-work studio with a piano for a composer, I remember. As I walk the land I bought with the Lindgren award and imagine the many artists that will one day walk it, I remember.

Quiet as it’s kept, so many of us who create art that we hope changes the world know that we couldn’t do this work in solitude. Even as we seek out the solitude we need to do the work. In those moments, when we are sitting alone at our desk or standing at our canvas or bending over our piano keys, we are in the rooms with all those who came before us and all those who supported us on this journey. Right now, as I write this, MacDowell is with me. And as I build a space for BIPOC artists, with each email I send with questions to ask “How did MacDowell do that…?” and “Is it okay if I say this…,” MacDowell is with me.

I started my journey there. Everything I write and everything I build is simply… a continuum.

Perhaps best known for Brown Girl Dreaming, which won the NAACP Image Award, the National Book Award, the Coretta Scott King Award, and a Newbery Honor in 2014, Jacqueline Woodson (4x 90-09) is the 2020 winner of the Hans Christian Andersen Award and a 2020 MacArthur Fellow.