Leon Srabian Herald (1896-1976) emigrated to the United States from Armenia in 1912, and lived in Madison, WI during the early 1920s, where he attended the university and wrote poems and reviews for The Wisconsin State Journal. By the end of that decade, he had attained modest notoriety. His first book of poems, This Waking Hour, which was the first work of literature in English about the Armenian Genocide by an Armenian, was published in 1925, the same year as his MacDowell Colony residency. Around the same time he formed an important friendship with Marianne Moore, poet and editor of The Dial, a prestigious literary magazine of the day. Along with printing some of his poetry, The Dial serialized Herald's youthful memories in seven consecutive issues from December 1926 to June 1927. In the series, he described life in his native village Put-Aringe, his education in Cairo, and his voyage to America.

In 1925 Herald also moved to New York City where, except for a brief Chicago period in the 1930s, he spent the rest of his life. Always an advocate of the working class, he joined the John Reed Society. He was a delegate to their 1932 convention. He was also instrumental in forming the Federal Writers' Project, which provided WPA-type jobs for authors during the depression.

During the twenties and thirties, when Herald experienced the bulk of his literary success, he was published in The Nation, the New Republic, the Commonweal, Poetry, and similar journals, including Ararat, an Armenian quarterly. His "Power of Horizon" was included in Edward J. O'Brien's collection Best Short Stories of 1929, and his work is also represented in Armenian-American Poets: A Bilingual Anthology and acknowledged in William S. Braithwaite's series Anthology of Magazine Verse. For a short time he served as an editor of Youth, a weekly for Armenian-American young people.

In 1938 Herald met and married Betty Forster, who died of cancer in 1942, three years after their only child, John Whittier Herald, was born. The death of his wife was only one of a series of losses Herald endured: His entire family in Armenia had been slaughtered by the Turks in 1915, the year the Armenian Genocide began. Sensitive and high-strung, he suffered a nervous breakdown in 1946, writing of it, "The entire structure of self and personality totally collapsed." In the aftermath of his crisis he reports "years of drought and heat/reducing me to bone and skin," his "creative energies shriveled." 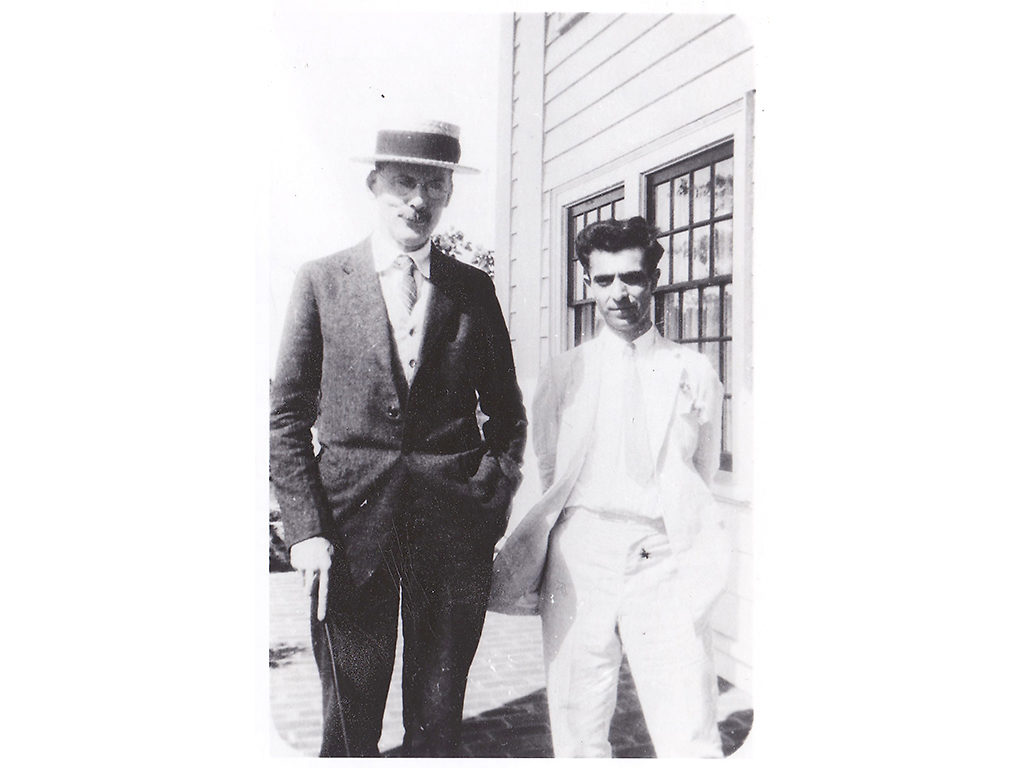 “To a Tree First in Bloom”

What you have been dreaming

And wishing all this while.

You have wished to make a sky of yourself!

And watch your many, many milky ways,

Crossing each other, circling,

And circling all around you.

In this short dreaming time

You seem to have known

The whole secret of creation.

May I too achieve such wonders


It is not a tiger in the wilderness

And your emotions deer or zebras.

No, you are not a herd of defenseless animals.

Whoever heard of the richest city being called a jungle?

It is not even an elastic cat

And your emotions furry mice or stiff-tailed rats.

No, you are not a herd of defenseless animals.

Whoever heard of the richest city being called a rat-infested ruin?

O the killing is done less harmlessly than that.

If there was any obvious killing police would arrive,

And there would be a judge to say something.

This is a wonderfully civilized city.

It is a god you'll never know where to find.

You’ll pray but it sure will never find you.

Though your arms daily rise in hope and fall in despair

There is fatigue to hammer gently your eyelids down for you.