In another celebration of Asian Pacific American Heritage Month, we honor Miyoko Ito (1918-1983), an American painter born in Berkeley, CA known for her nuanced abstractions. Following studies at the University of California at Berkeley and Smith College, which were interrupted by her imprisonment in an internment camp for Japanese-Americans after the bombing of Pearl Harbor, she settled in Chicago's Hyde Park neighborhood in 1944 and earned an M.F.A. at the School of the Art Institute of Chicago.

After her time at SAIC, Ito’s paintings—which had previously been seen largely as observational watercolors—shifted towards the abstract precedents of Georges Braque and Hans Hofmann. During the height of her career, she was tangentially grouped into the milieu of Chicago Imagists, despite her works’ pictorial ambiguity.

Ito once described herself as "a painter wife who has raised two children," and she struggled to continue her art, painting at home in a spare bedroom. Nonetheless, by the 1960s she was recognized as an important figure in the development of abstract painting in her adopted city.

Ito had nine residencies at MacDowell between 1970 and 1981. In one of her applications, she wrote that her art was influenced by the landscapes of both Japan, where she spent five years of her childhood, and California. Often composed of biomorphic forms that allude to objects, Ito’s glowing paintings balance rich tones with muted gradations. “People say my paintings are the act of creation, and they are. The paintings are very much a part of life, like breathing,” she once explained.

For her late paintings, Ito often attached the canvas edges to the stretcher with nails driven only partway into the wood, stipulating that the painting be left unframed. Her distinctive treatment of her canvases emphasizes the fundamental materiality of her medium and complements the elemental purity of her non-objective painted compositions.

Today, Ito’s works are held in the collections of the Whitney Museum of American Art in New York, the Art Institute of Chicago, and the Smithsonian American Art Museum in Washington, D.C., among others. 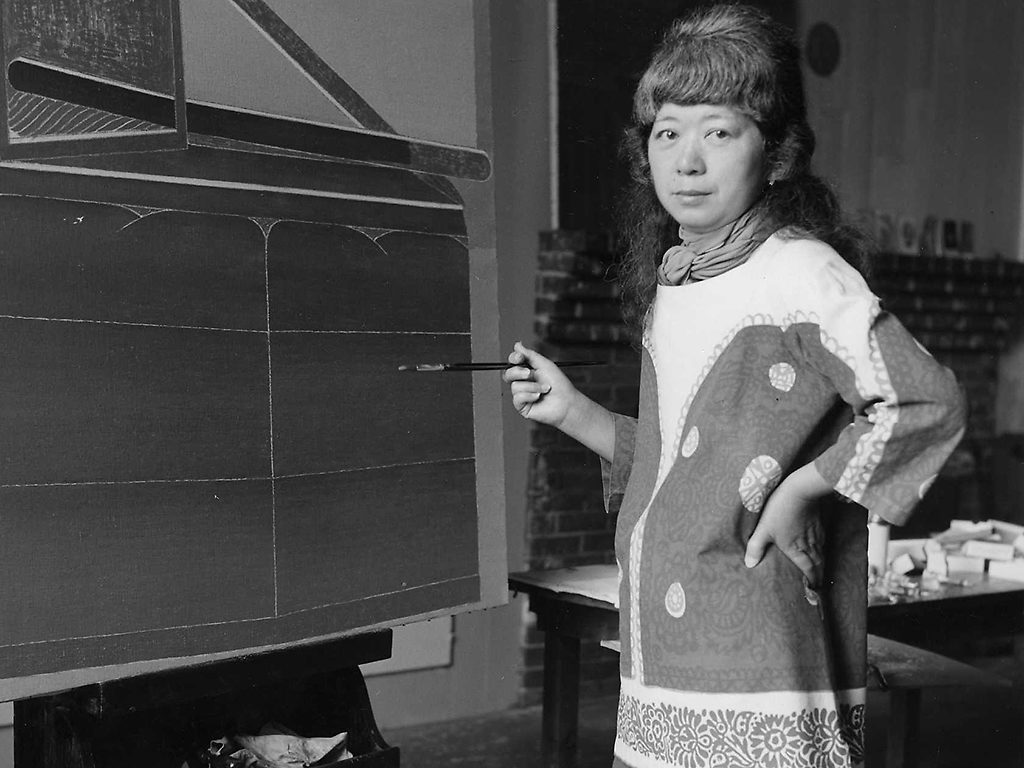 Miyoko Ito in Adams Studio in 1970. Portrait by Bernice B. Perry

See a Selection of the Artist's Work

This is a link to view a baker's dozen of works from the collection held by The Art Institute of Chicago.