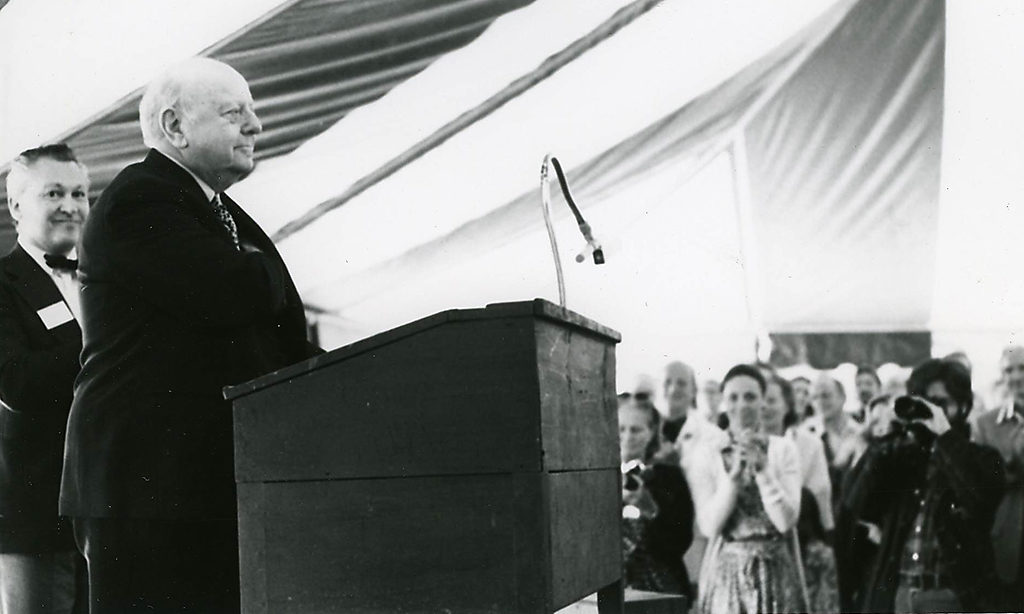 Composer Virgil Thomson gets a standing ovation from the Edward MacDowell Medal Day crowd in 1977.

"I've never known a musician who regretted being one. Music itself is not going to let you down." – Virgil Thomson

This quote was taken from Thomson's 1977 acceptance speech during the MacDowell Medal Day ceremony.

In honor of this year’s Edward MacDowell Medal in Composition and our Summer of Music we celebrate Virgil Thomson, a MacDowell Fellow in 1963 and 1966 as well as the Medal recipient in 1977.

Thomson was a many-faceted American composer of great originality and a music critic of singular brilliance. With a musical style marked by sharp wit and overt playfulness, he composed in almost every genre of music, producing a highly original body of work rooted in American speech rhythms and hymnbook harmony. He was imbued with a strong sense of being rooted in heartland America and its Protestant traditions.

In 1919, he enrolled as a student at Harvard and in 1921 he traveled to Paris to study organ and counterpoint with Nadia Boulanger. There he met Jean Cocteau, Gertrude Stein, Igor Stravinsky and Erik Satie, among many others. Returning to Harvard in 1922, he graduated in 1923.

For the next few years he traveled between New York and Boston, where he served as organist for the King’s Chapel, and he began to contribute serious music journalism to publications like H. L. Mencken’s The American Mercury and Vanity Fair.

In 1927 he journeyed to Spain to collaborate with Gertrude Stein on their opera, Four Saints in Three Acts, which they completed in 1928.

The opera received its premiere in Hartford in 1934 with an all-Black cast in an stunning production with choreography by Frederick Ashton. During the 1930’s and beyond, he also produced ballet scores, film scores, and musical portraits, a genre in which he created more than 140 works. Thomson was the first composer to write the portrait in the subject’s presence, as a painter would do, and indeed as Gertrude Stein had produced her literary portraits. Revised later very seldom, a portrait was a spontaneous, intuitive act for Thomson.

Returning to New York in 1940, he settled into his final home, the Chelsea Hotel, and accepted a job as chief music critic for the New York Herald Tribune, a position he held until 1951. His second opera with Stein, The Mother of Us All, based on the life of suffragette Susan B. Anthony, premiered in 1947. Much later, the critic Andrew Porter would write in the pages of The New Yorker that he considered The Mother of Us All one of the greatest American operas.

The Mother of Us All

This past February, on the eve of Susan B. Anthony’s 200th birthday, The Met presented The Mother of Us All in collaboration with The Juilliard School and the New York Philharmonic, led by some of today's most dynamic and pioneering young artists working in opera.

In 1948 Thomson created the score for the Robert Flaherty documentary Louisiana Story, which won the Pulitzer Prize in music that year. After his resignation from the Tribune he devoted himself to a third opera, Lord Byron, to writing his autobiography in 1966 and his book American Music Since 1910 in 1971. Until the end of his life, he continued to compose, travel widely, lecture at universities, publish articles, and conduct. 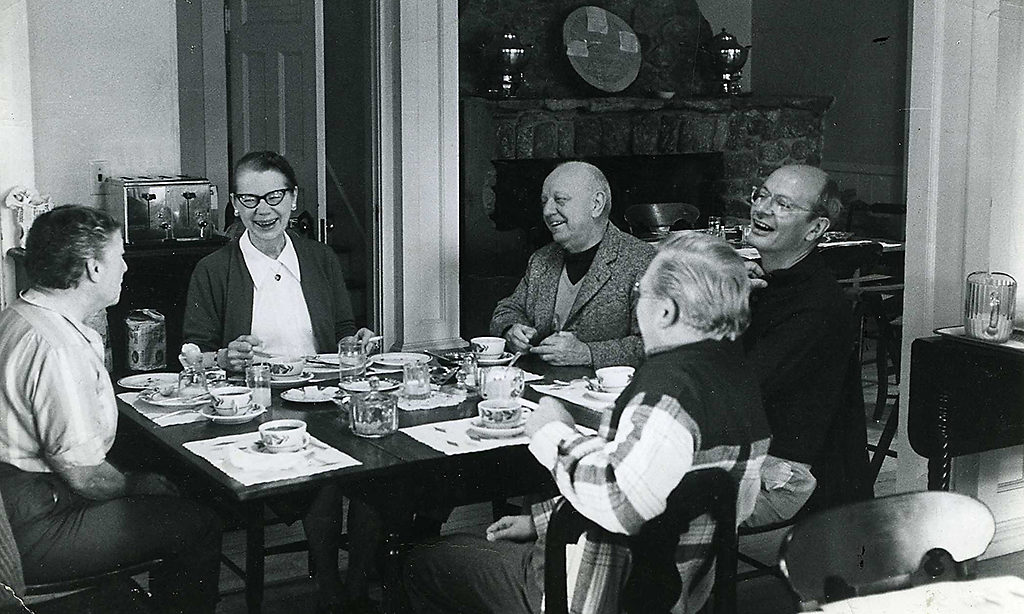 Colony Fellows (from left) Hortense Powdermaker, Louise Talma, Virgil Thomson, Warren Benson, and Hyde Solomon at dinner in 1963. Thomson was in residence in both 1963 and 1966. He may have written some of his autobiography during that first residency 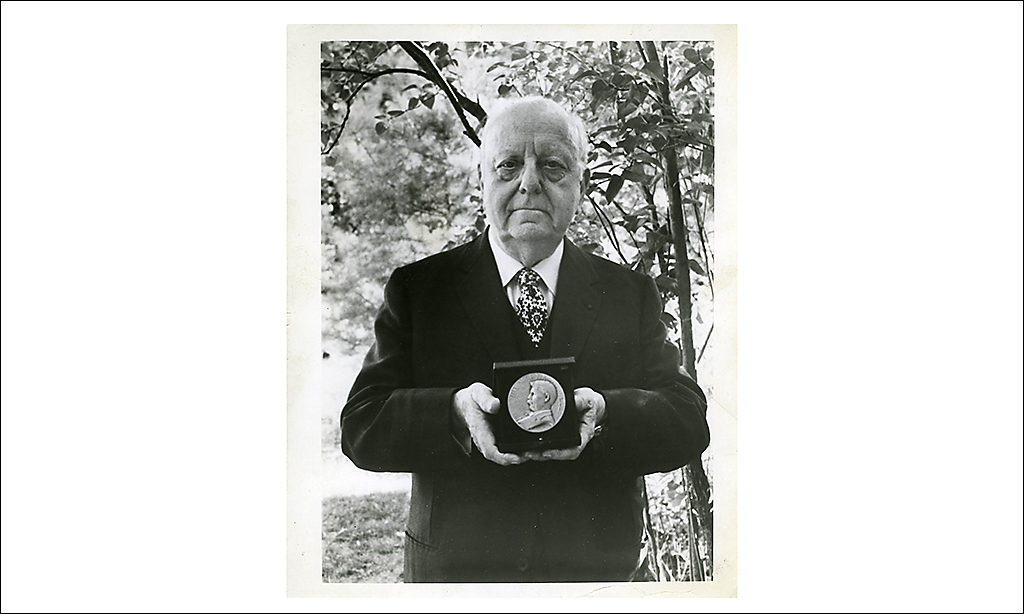 In addition to the Edward MacDowell Medal and the Pulitzer Prize, his many honors and awards include a Brandeis Award, the American Academy of Arts and Letters Gold Medal, the National Book Critic's Circle Award, the Kennedy Center Honors, and 20 honorary doctorates.