Edward MacDowell’s one-room pine-log cabin was begun by Marian MacDowell, who hoped to surprise her husband with the composer’s retreat. MacDowell, however, happened upon the partially built structure and supervised its completion. Ignoring a friend’s warning, he kept a piano in the drafty structure, and it became the inspiration for the studios built on the property over the years.

The cabin was originally supported on wooden stilts, but a fieldstone foundation replaced them in the early 1920s. The original wooden porch is supported by joists cut from whole logs, shaded by the projecting eaves of the cabin roof. The pine logs that run the length of the walls were sealed with mortar, clay, and moss.

The interior is dominated by a large fieldstone fireplace with a cement hearth that was inscribed by MacDowell with the date of the cabin’s completion. The log cabin is not used as a studio, but is preserved as a memorial to Edward MacDowell and is open to visitors every Medal Day. 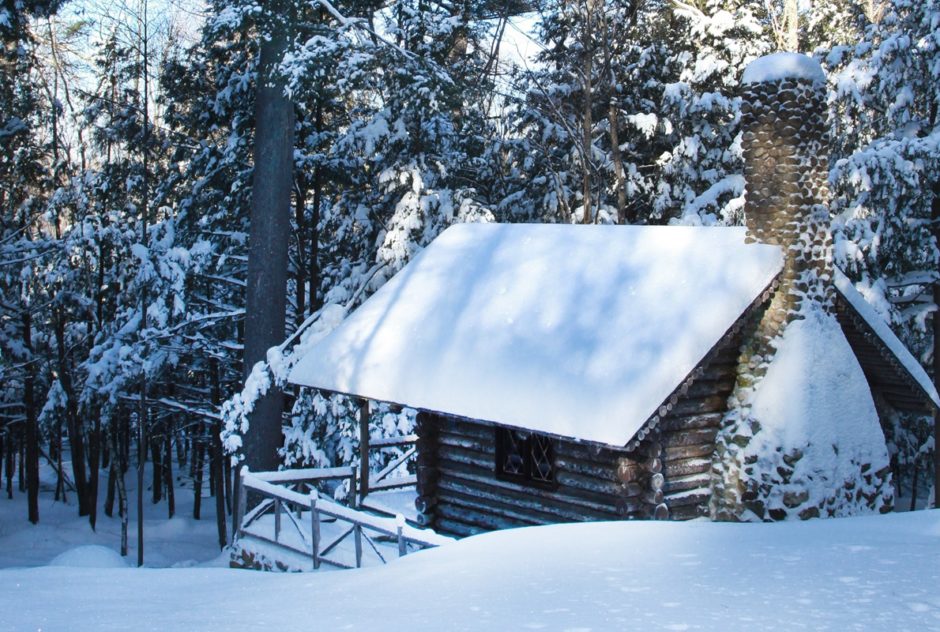 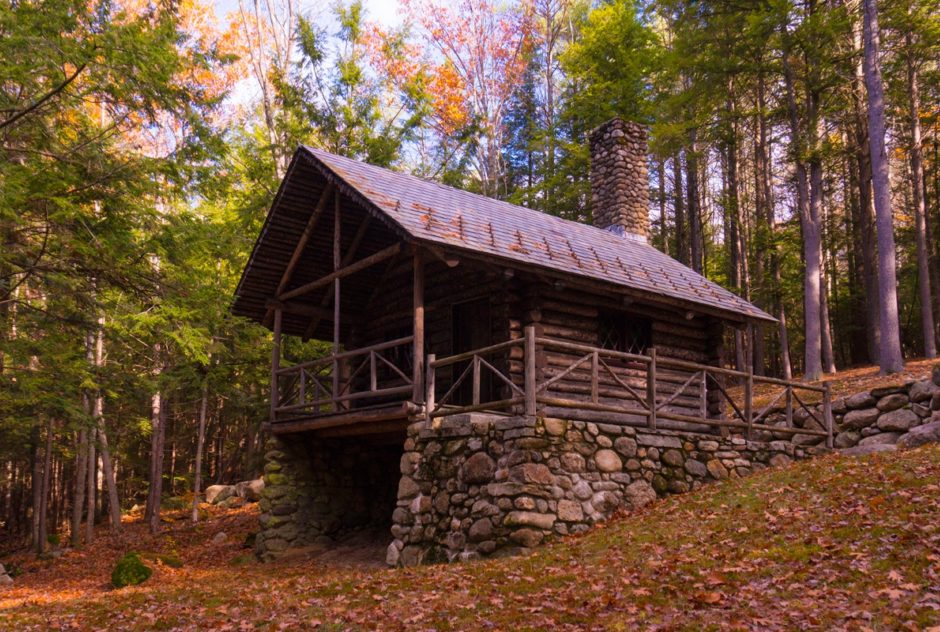 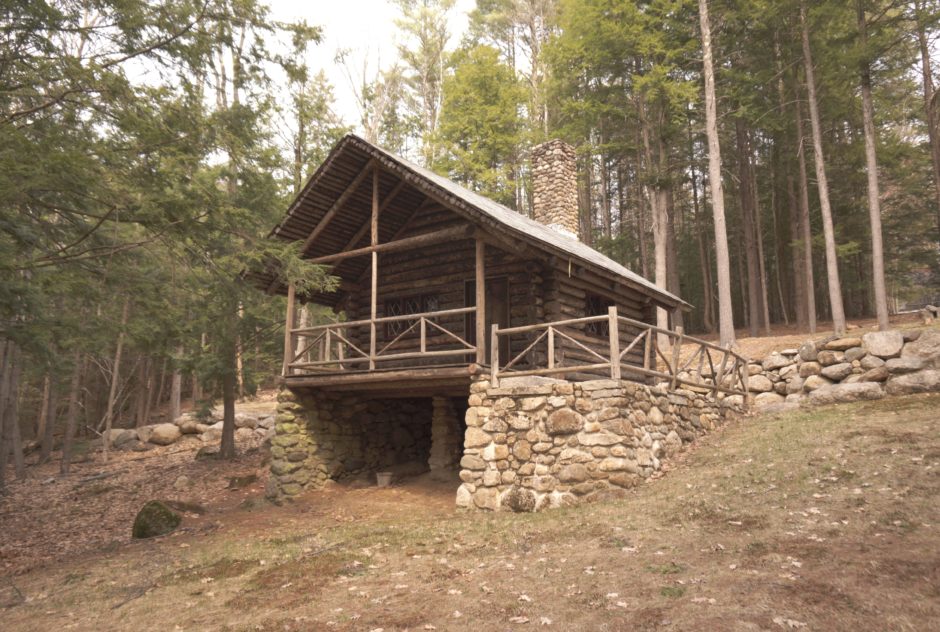 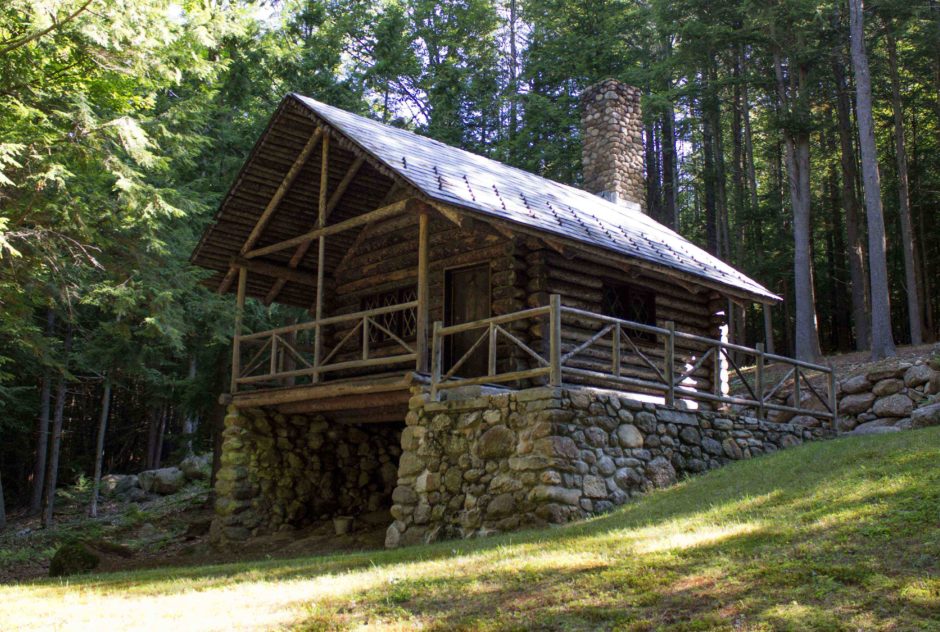