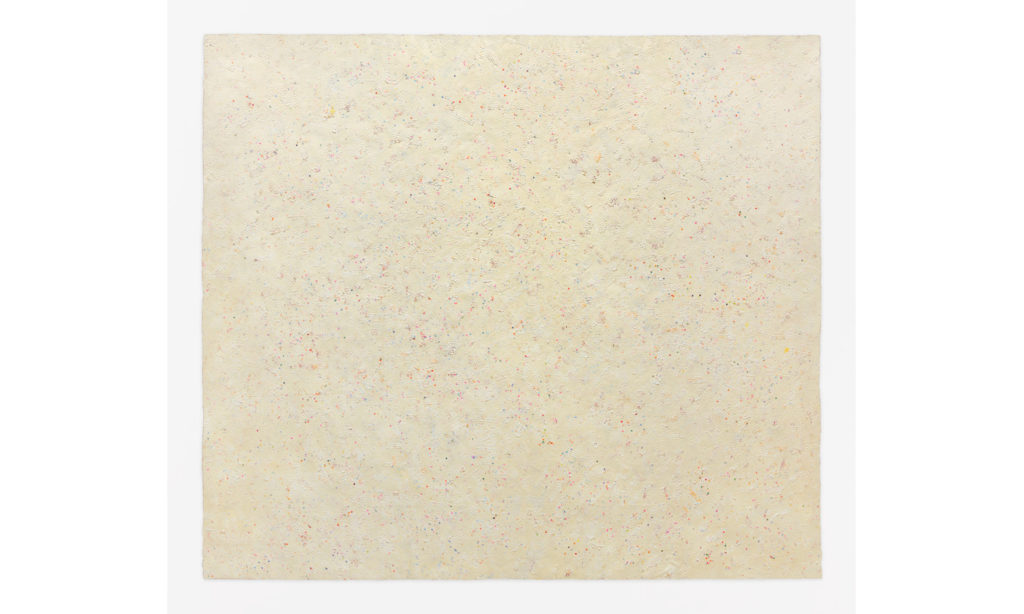 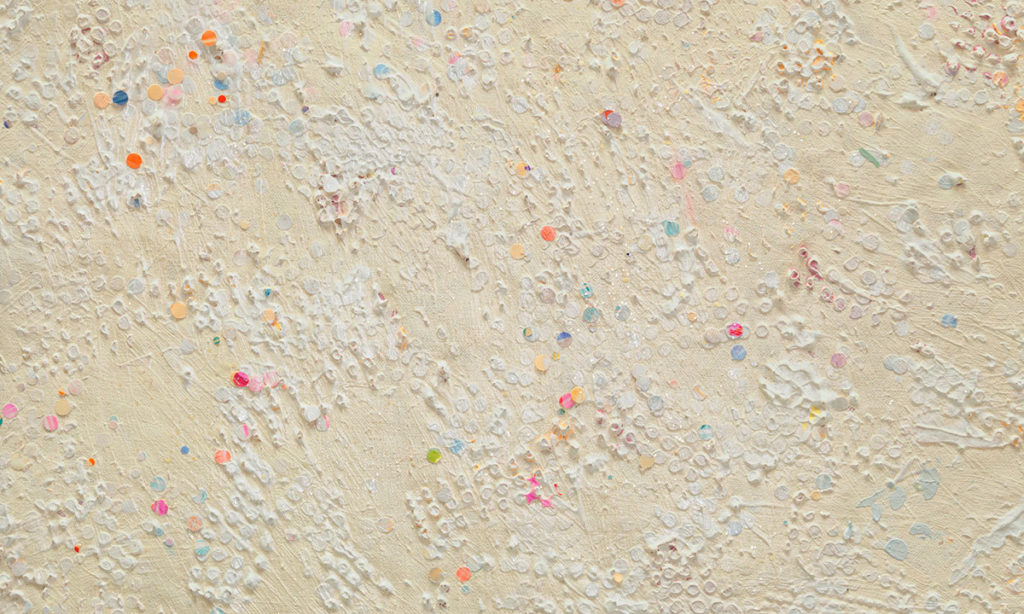 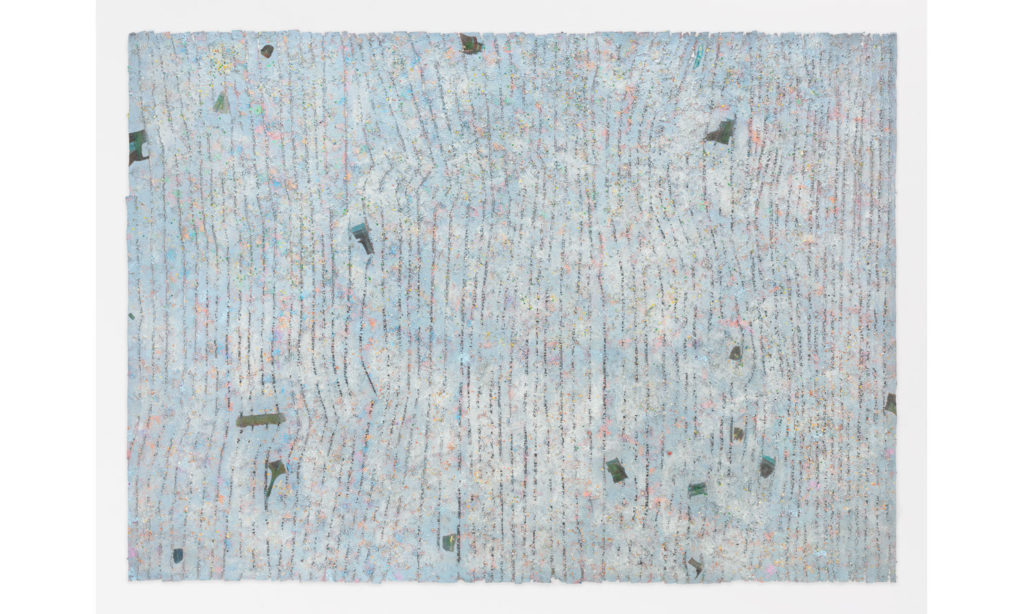 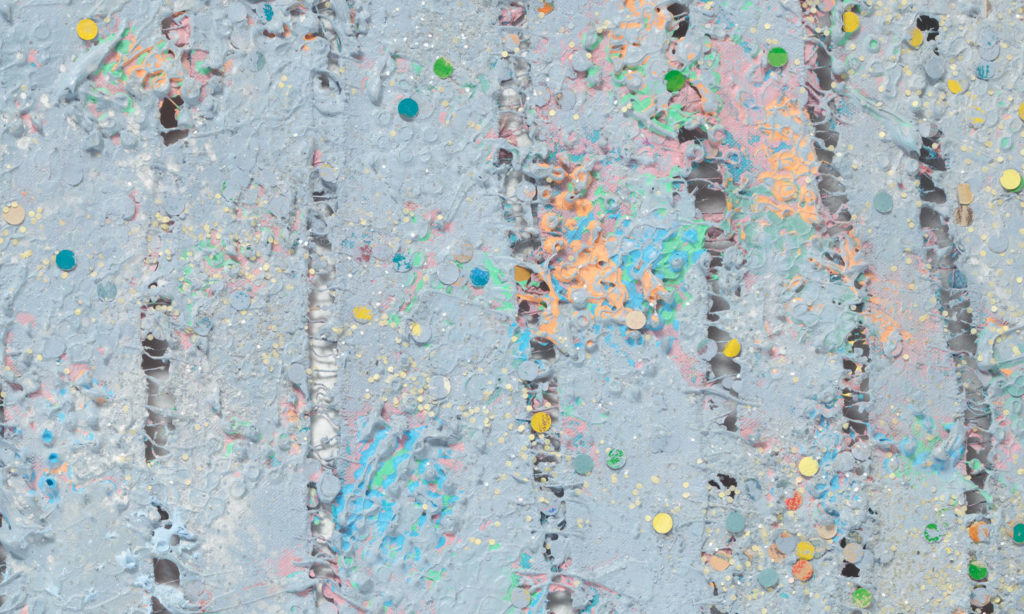 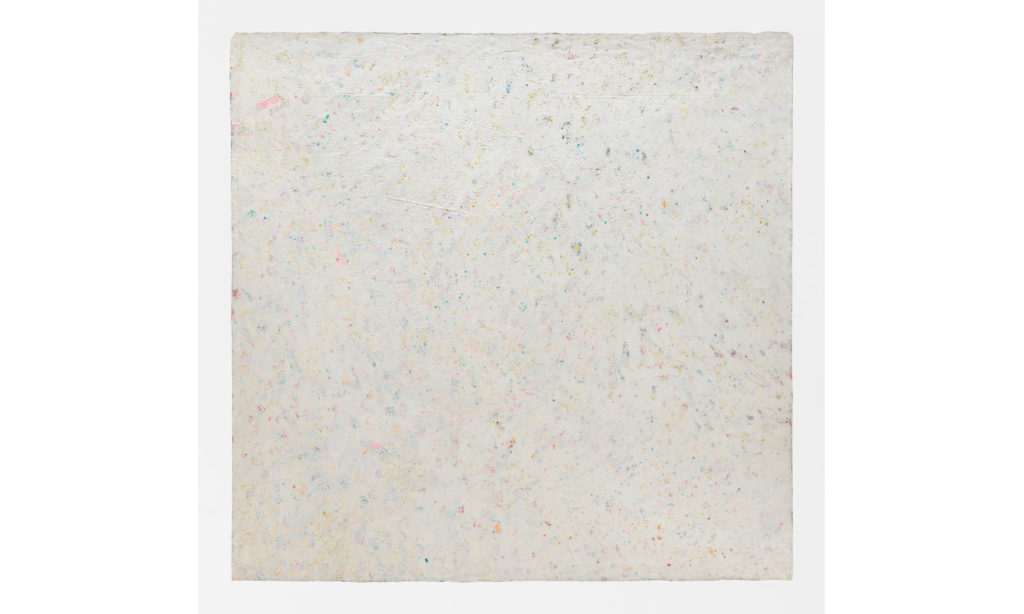 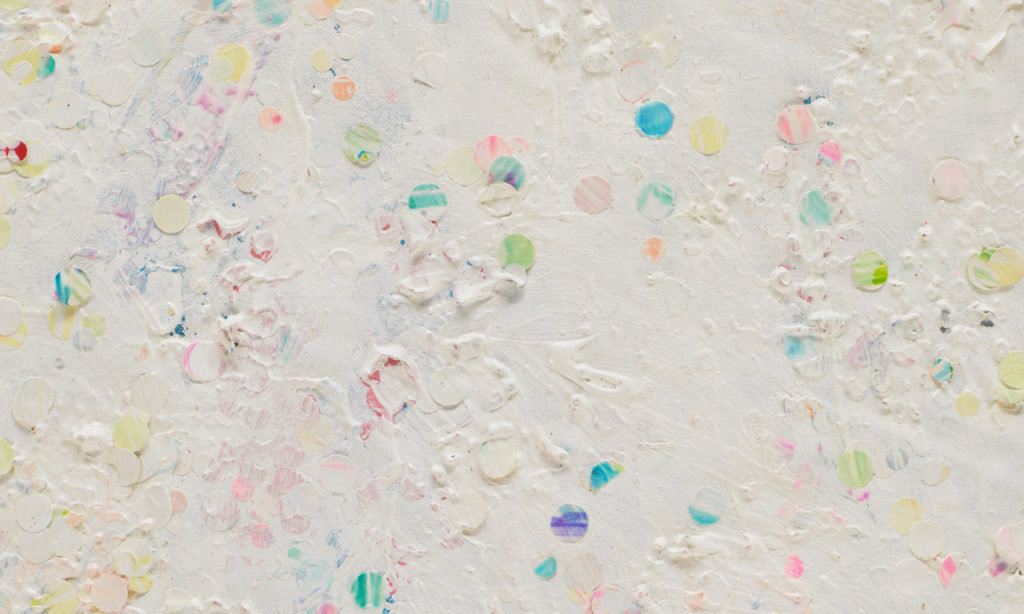 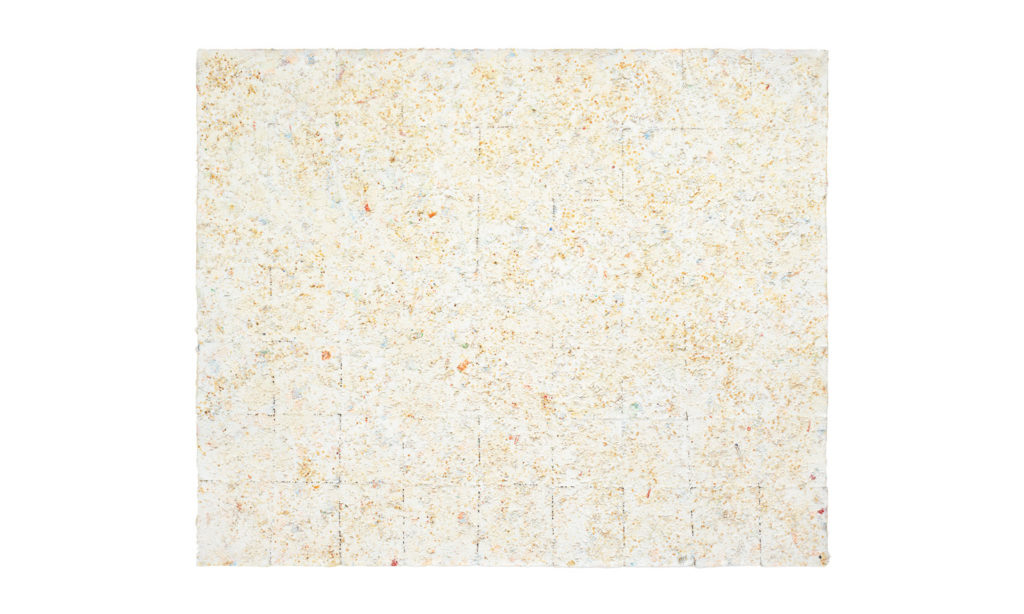 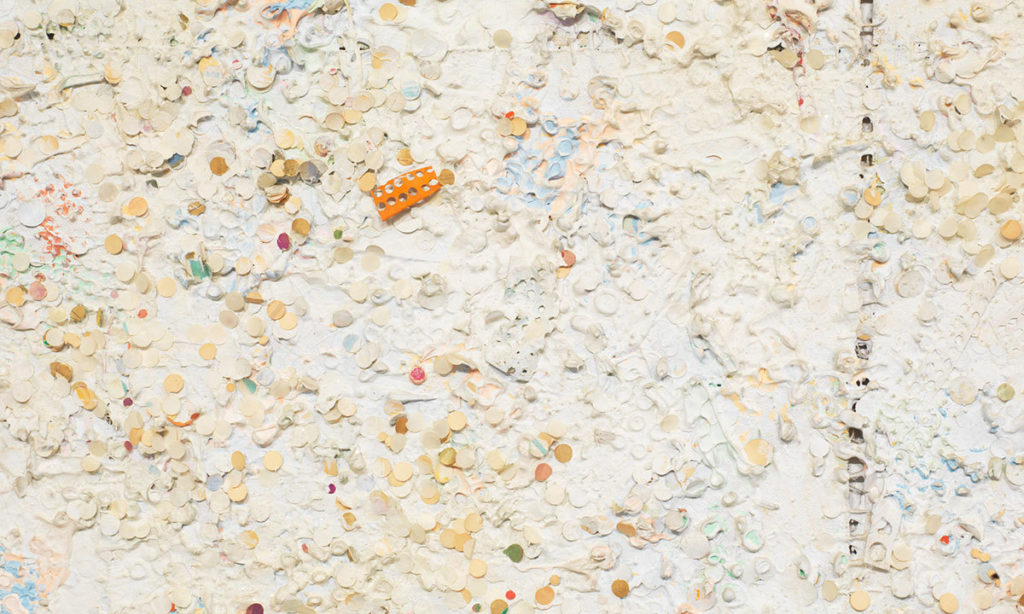 Born in Philadelphia, PA in 1943, Howardena Pindell has been making and exhibiting her paintings, collages, and video works since the 1970s. In many of her early paintings, Pindell used a hole punch to create metal stencils through which she pushed gesso and acrylic paint onto expanses of unstretched canvas. She then used the stencil to produce a multitude of confetti-like circles of paper and metal, which she scattered across the wet surface of the painting. Materials like perfume, glitter, thread, and sewing sequins were sometimes added to enhance these dense and dynamic surfaces. Alongside these process-based investigations into the formal elements of painting, Pindell’s work also addresses issues of racism, feminism, violence, and exploitation. In her well-known 1980 video Free, White and 21, film sequences show Pindell recounting incidents of racism from her personal and professional life alternating with others showing Pindell in the guise of a young white woman.

Pindell received her B.F.A. from Boston University in 1965 and her M.F.A. from Yale University in 1967. She was awarded a Guggenheim Fellowship in 1987 and has received two National Endowment of the Arts Fellowships. Her work belongs in the collections of the Metropolitan Museum of Art in New York, the Brooklyn Museum, the Wadsworth Antheneum in Hartford, CT, the Walker Art Center in Minneapolis, and The Louisiana Museum in Copenhagen, Denmark.