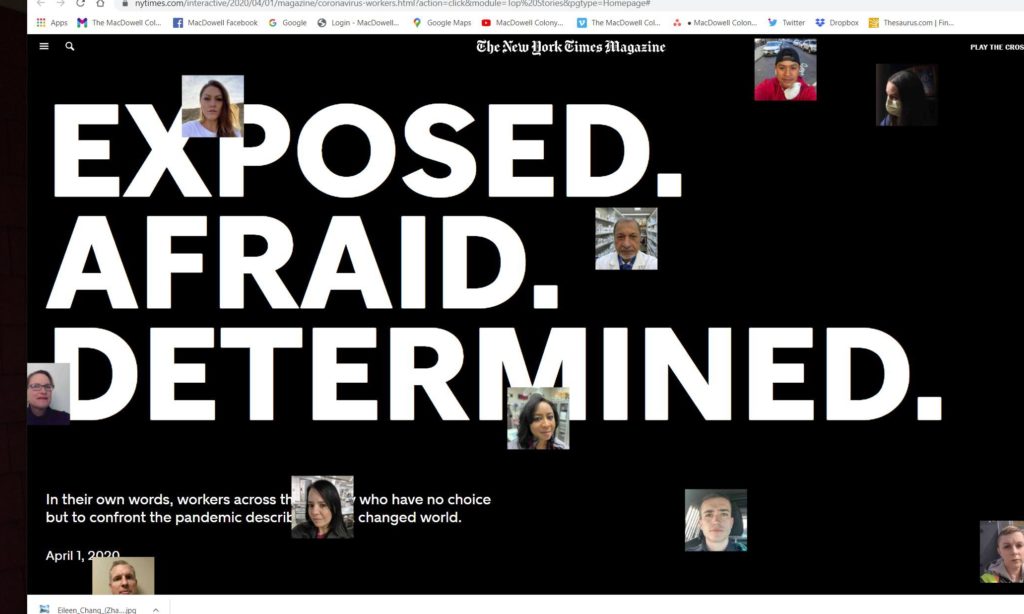 Jaime Lowe is a frequent contributor to The New York Times Magazine. Her work has also appeared in New York magazine, The Atlantic, Esquire, Sports Illustrated, Gawker, The Village Voice, LA Weekly, and on ESPN.com. While at MacDowell is 2019, Lowe wrote a portion of her nonfiction book Breathing Fire: Female Inmate Firefighters on the Front Lines of California's Wildfires (Farrar, Straus & Giroux) which was published in 2021. The book was optioned by Margot Robbie to be a feature film; Lowe will serve as an executive producer. In addition to Breathing Fire, Lowe is the author of Mental, a memoir about lithium and bipolar disorder and Digging for Dirt: The Life and Death of ODB, a biography of Ol’ Dirty Bastard, a founding member of the Wu-Tang Clan. She also reported the hour-long episode of "This American Life" — Ten Sessions — on trauma therapy. She has spoken about mental health and social justice on national programs like PBS, NPR, Radiolab, and Democracy Now! and has collaborated with the National Institute of Mental Health (NIMH) and the American Center in Cairo on presentations about bipolar disorder.

At MacDowell in 2022, Lowe finished writing an article about American billionaires and their relationships to politics. The article was published in The New York Times Magazine during her stay. She also worked on a feature article about a woman who is transgender and incarcerated in California, returned to a drawing practice, and wrote her first television script -- an adaption of a portion of her second book, Mental.

The Lodge Annex, a wing on the west side of the men’s dormitory (The Lodge), was completed in 1926. Initially intended as an apartment for a caretaker, the space was soon repurposed as a live-in studio for writers. In recognition of a major endowment gift from the Dubose and Dorothy Heyward Foundation, Lodge Annex was…