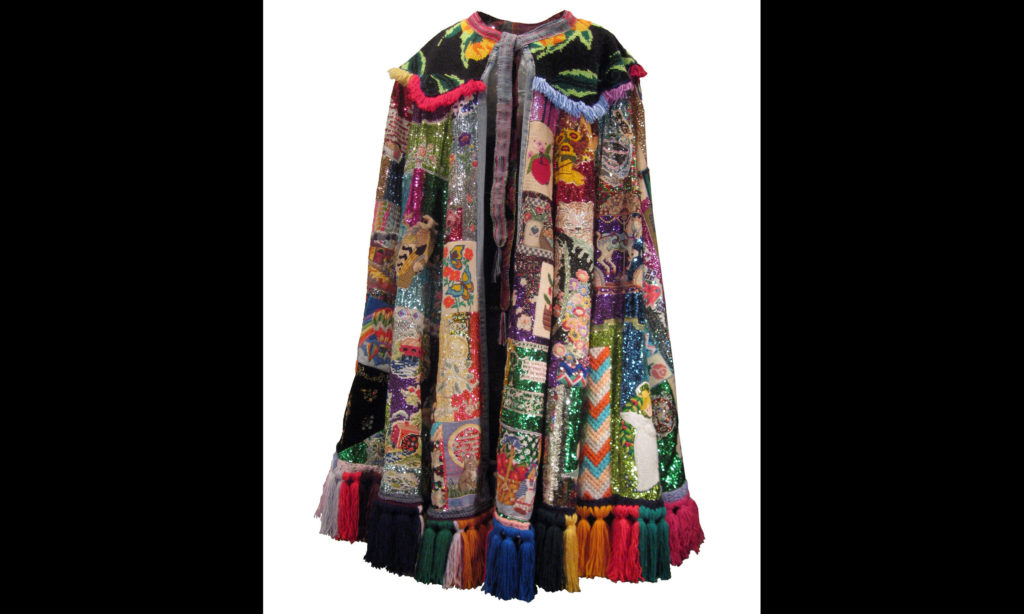 Then and Now (Cape Collaboration)

As a performer, Krone has appeared at music and art venues in New York including Joe’s Pub, La MaMa, Dixon Place, PS 122, Starlight Bar & Lounge, and the Whitney Museum of American Art as well as Mercer Union (Toronto), Croxhapox (Gent), Blueberry Hill (St. Louis), Contemporary Art Museum St. Louis, Better Days Project (Hamburg), and Someday Lounge (Portland, OR). His costume design and fabrication for his own performances has led to the creation of House of Larréon, his line of custom gowns and stage costumes, outfitting cabaret performers, dancers and rock singers including Bridget Everett, Neal Medlyn, Adrienne Truscott, and Kathleen Hanna. In residence in 2018, he completed the script for his show Who or What I Am, to debut at Joe's Pub. He also completed a new costume to be used in the show and a new original song as well as a large scale textile-based wall piece from his "Then and Now" series and three medium-scale works on paper from his "Love is in the Air" series.