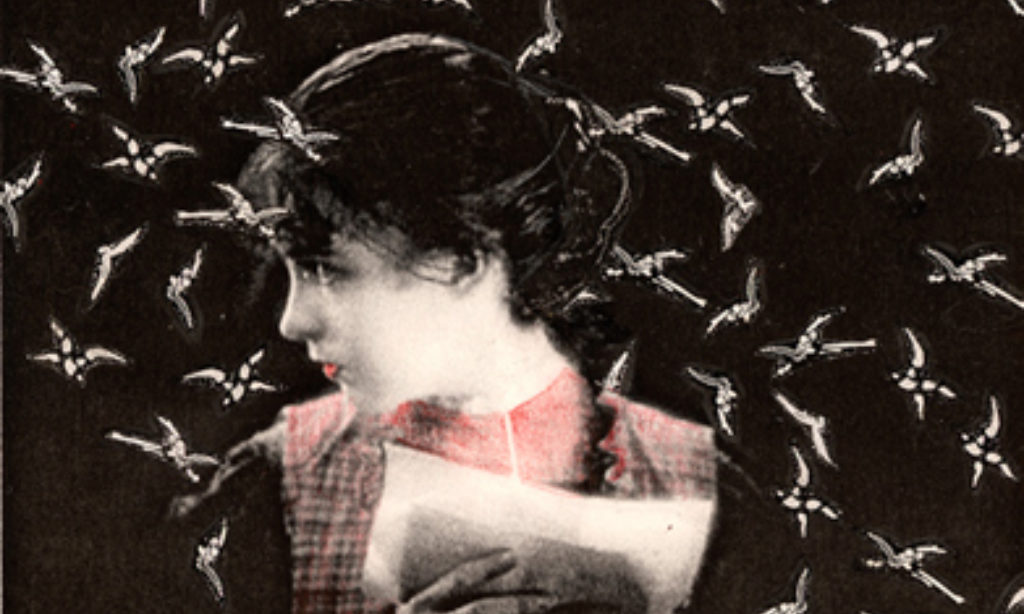 Stacey Steers is known for her process-driven, labor-intensive films composed of thousands of handmade works on paper. Her recent work employs images appropriated from early cinematic sources, from which she constructs original, lyrical narratives. Through an intricate investigation of the nature of longing, she explores the ways desire provokes and mediates experience to create meaning.

Recently Steers has expanded her work to include collaborative installations that join invented, three-dimensional production elements with film loops, creating an entirely new and compelling context for experiencing her films. Steers’s installation work has been exhibited at the Corcoran Gallery, the Denver Art Museum, and the Hamburger Kunsthalle, among other venues. In 2018 at MacDowell she began work on a new film, The Spell of the Marvelous, a space odyssey constructed from handmade collages. She is collaborating with the poet Mary Szybist, a MacDowell Fellow, on the project.

Stacey Steers is a recipient of major grants from the John Simon Guggenheim Foundation, Creative Capital, and the American Film Institute. She lives and works in Boulder, Colorado.