Artist Residencies Are Essential to a Burning World 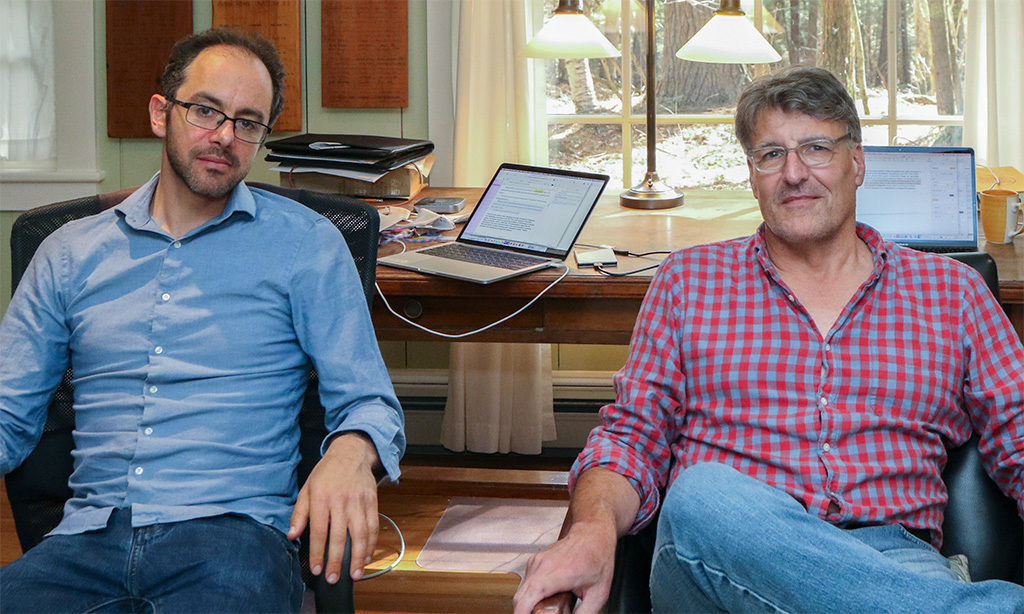 Zusha Elinson and I came to MacDowell in March 2022 to work on our manuscript about the history of the AR-15 rifle, the gun used in some of the worst mass shootings in U.S. history. Less than two months after we left, a white supremacist walked into a Buffalo grocery store and killed ten Black people with an AR-15. Ten days after that, a young man armed with an AR-15 shot his way into an elementary school in Uvalde, Texas, and killed 21 people before being shot to death by police. Nineteen of the dead were children. Seven more dead at the July 4th shooting in suburban Chicago. The horrors didn’t upend the findings of our book. Sadly, they confirmed them.

Human history always has been a tumult: wars, diseases, inequity, prejudice and mass murder. One anxious generation follows the next, groping for clarity and trying to correct the unintended consequences of a previous generation’s actions.

The current epoch feels particularly fraught. Enormous problems cascade down in torrents. In such a time, an artist residency — always a rarefied notion — can legitimately be questioned. When the world is burning, what is the point of heading off into the woods to create art or write?

Why MacDowell now? The answer is simple: Such places are essential when the world is burning — and the world is always burning.

We had no idea what to expect when we showed up in Peterborough. We were very much in journalism mode: We had a lot of work to do on our narrative history. We simply were looking forward to the isolation, time away from the pressures of the daily grind.

And we did get that time. We read every word we had written aloud to each other, hunched over laptops or pacing with coffee in hand in our studios and workrooms at the main hall. We trudged along darkened forest paths, crunching snow under our boots as we pondered the next morning’s work. How would we introduce that character? How would we transition between sections? Was there a shape of the book, beyond chronological order?

We learned quickly that the residency wasn’t just “time away,” and its importance to our book went far beyond quiet and excellent meals. We encountered an ad hoc community of people creating in various mediums: dance, textiles, painting, music, fiction, nonfiction, plays, sound installations, sculpture. This group gave us energy and focus that we never anticipated and frankly didn’t expect. We started to see how other Fellows created and how their process could inform what we were trying to do. Discussions at breakfast or dinner, presentations at the library or walking the paths gave us insight into how others produced and what they sought to offer the troubled world. Some of it was very far removed from what we were trying to accomplish, but it helped shape what we ultimately produced. We found ourselves striving to become more than just workaday journalists. The residency gave us space to seek clarity for our project alongside other artists trying to do the same with their own work. This process was devoid of competition. And the precious clarity we sought arrived through a kind of osmosis. Working within that supportive community was exactly what we needed. We wrote most of our book before arriving, but American Gun was truly born at MacDowell.

The residency did give me a sense of being untethered at times. The grounds have a haunted, timeless quality. Late at night and early in the morning, I filled a notebook with drawings of pine trees, crows, deer and ghosts. But we were never isolated from the world and its mayhem. We were in New Hampshire, not on the Moon. The Russian invasion of Ukraine. COVID-19. Political turmoil. Beyond MacDowell’s woods, we heard periodic gunshots originating from a recreational shooting range several miles away — including semiautomatic fire likely from an AR-15. It’s a myth that people go on residencies to run away. Residents should use their precious time to figure out how to run toward the burning world with what they have to say. A residency isn’t an escape – it’s a critical recharging station, a place to look at their world anew.

The MacDowell community went beyond those gathered in the woods that March. I’m thinking of the wall of poetry in the James Baldwin Library. Rows of MacDowell poets –old, new, famous, forgotten, living, dead. After long days of working on our book, I would check out a backpack full of poetry and march through the snow to my studio. I read before sleep.

One of the poets I picked up was Marya Zaturenska, winner of the 1938 Pulitzer prize for her book Cold Morning Sky. Born in Kyiv in 1902, she emigrated to the U.S. as a young girl and worked as a factory worker until she was able to get into college and make her way to the improbable life of a poet. In the 1930s, the world – like today – was full of suffering, uncertainty, and worry. I wrote this line of hers in my notebook: “Loud the voices in the street/ shouting unhealing remedies.”

Since returning from MacDowell, I’ve continued my nightly poetry compulsion. It’s an effort in part to hold on to the clarity that the residency provided. Recently I’ve been reading Louis MacNeice, an Anglo-Irish poet who was friends with W.H. Auden and Stephen Spender. I suppose I find him appealing because he worked for a time as a journalist. He also wrote his best poems in the 1930s. “Autumn Journal,” considered by many his greatest work, was published in 1939, the same year World War II erupted. In the poem, MacNeice wrote about how his quiet London home was disrupted by crews cutting down trees nearby to put in an anti-aircraft gun position. Artists and writers can never escape the world, and they never should try. The question they face is: how to respond to the gun emplacement? His answer was to create and strive to help others to make their art or write their books. All artist and writer residencies that serve these goals are essential, no matter what is happening in the world. Any that don’t are dross.

In another poem from the time, “London Rain,” MacNeice struggled to figure out what his role should be as the world slid into chaos. He wrote:

Cameron McWhirter is a nonfiction writer and author of Red Summer: The Summer of 1919 and the Awakening of Black America (Henry Holt, 2011). Since 2010, McWhirter has covered politics and general news across the American South for The Wall Street Journal. He has written for numerous other publications including The Atlanta Journal-Constitution, The Detroit News, and the Harvard Review. He has been a Nieman fellow at Harvard University and a Thomas J. Watson fellow in Eritrea and the Sudan.