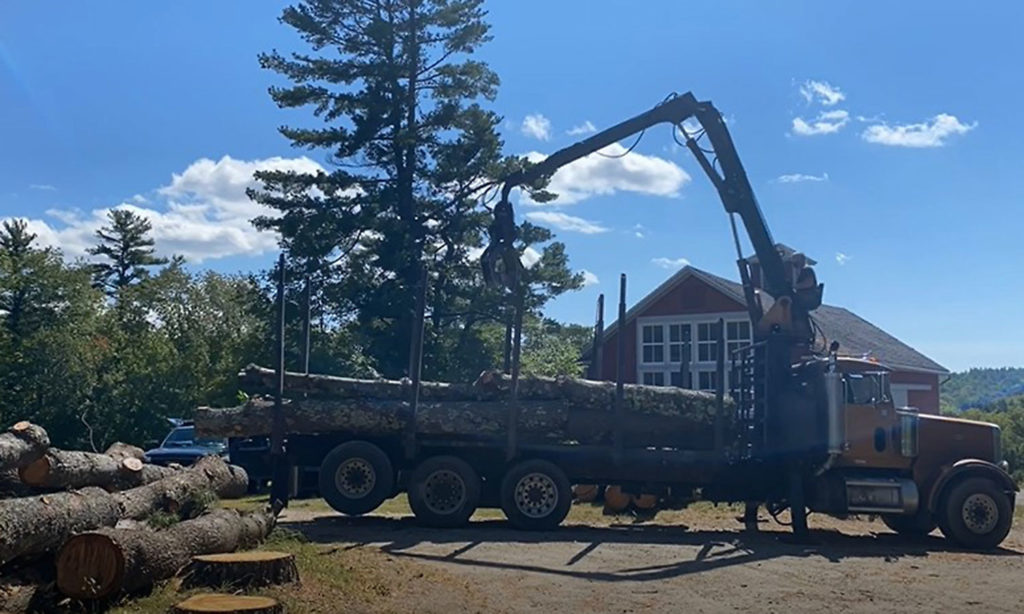 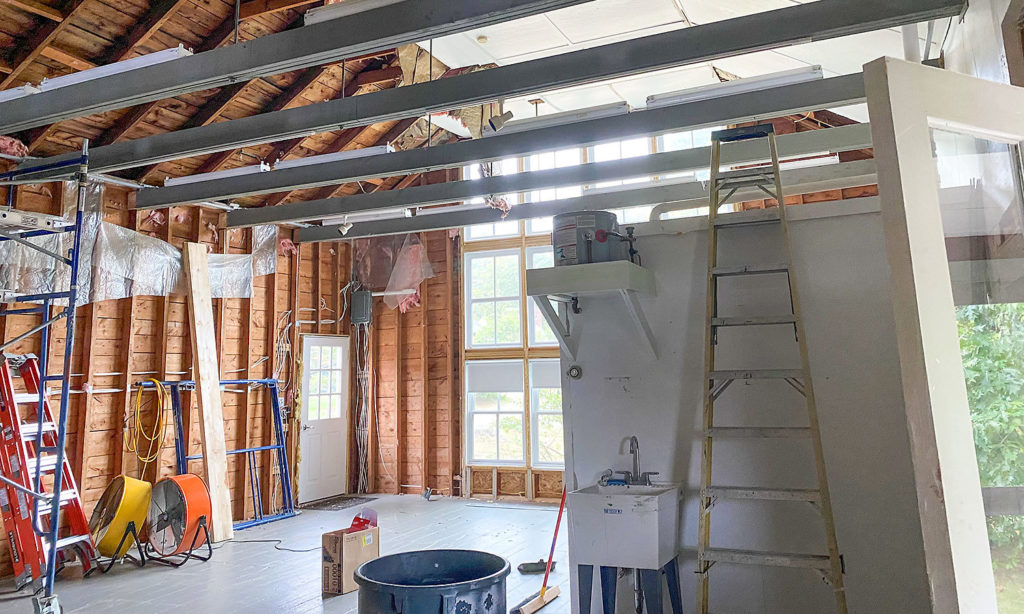 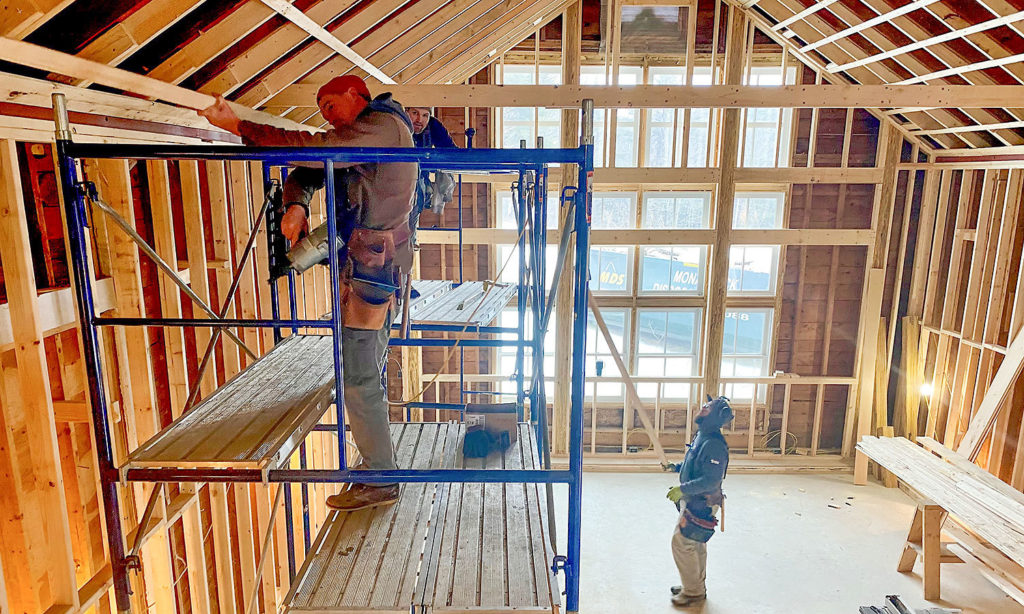 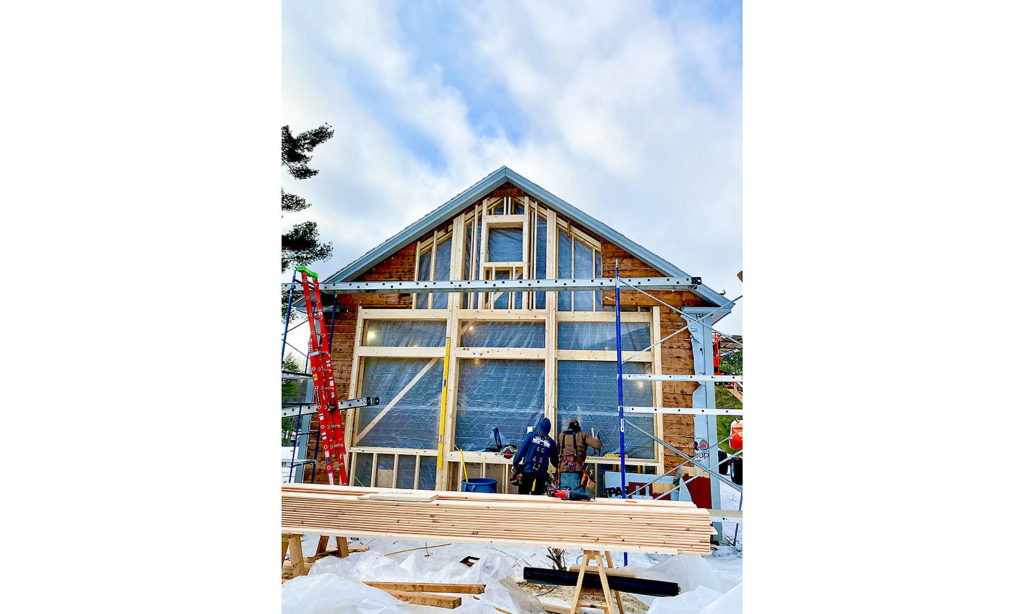 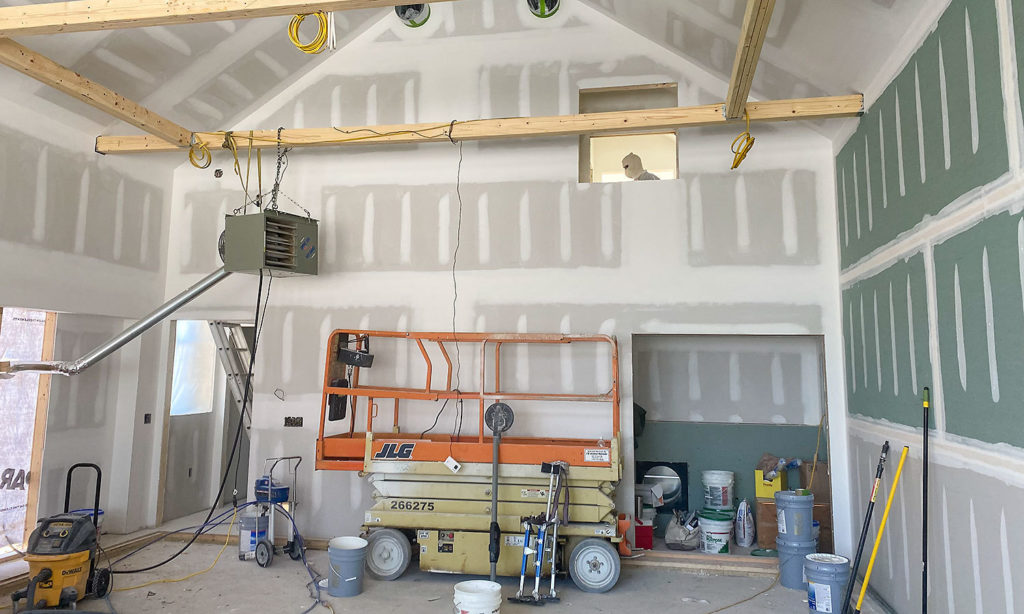 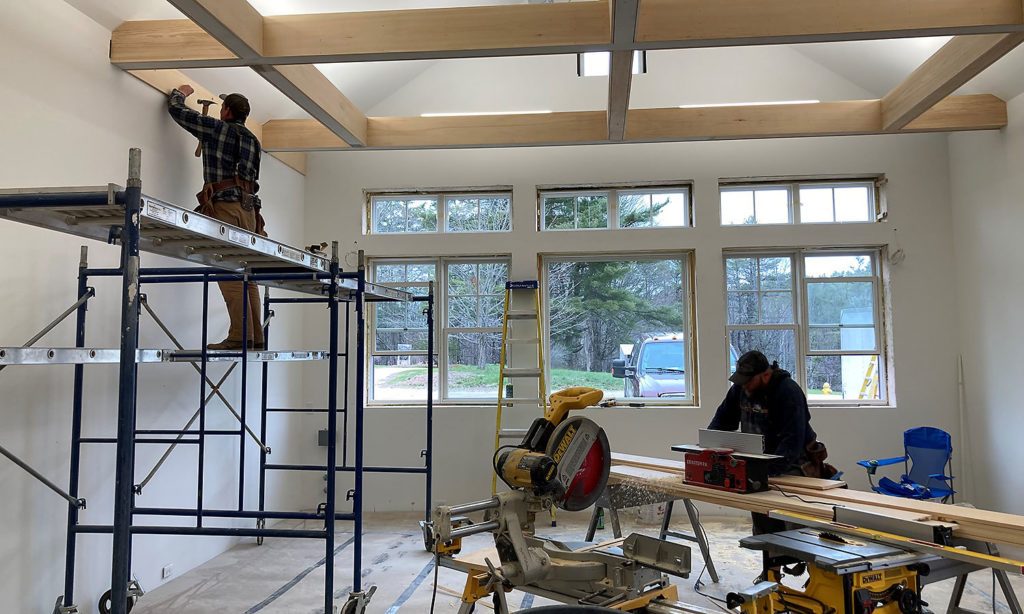 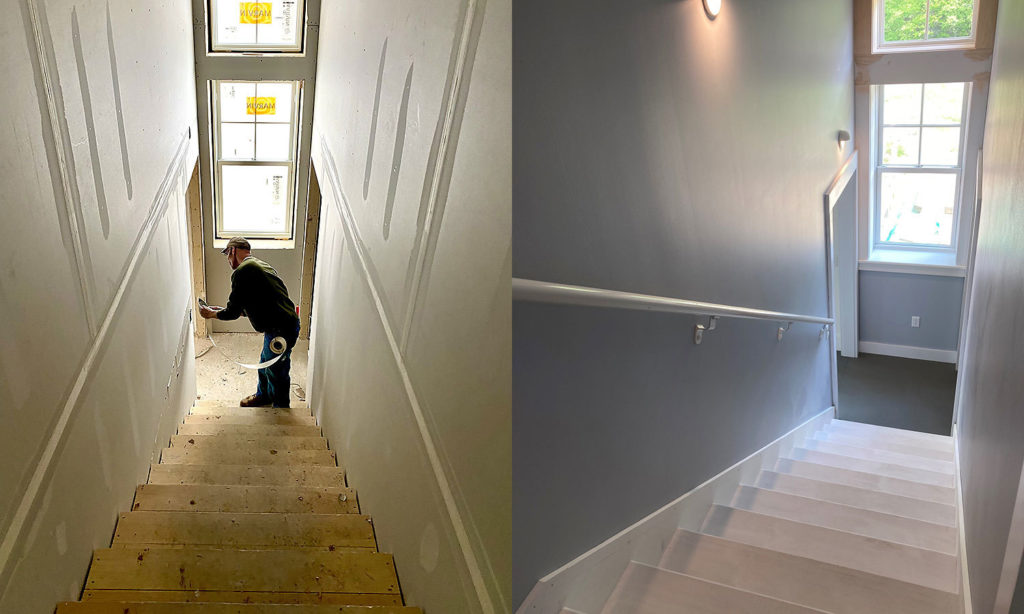 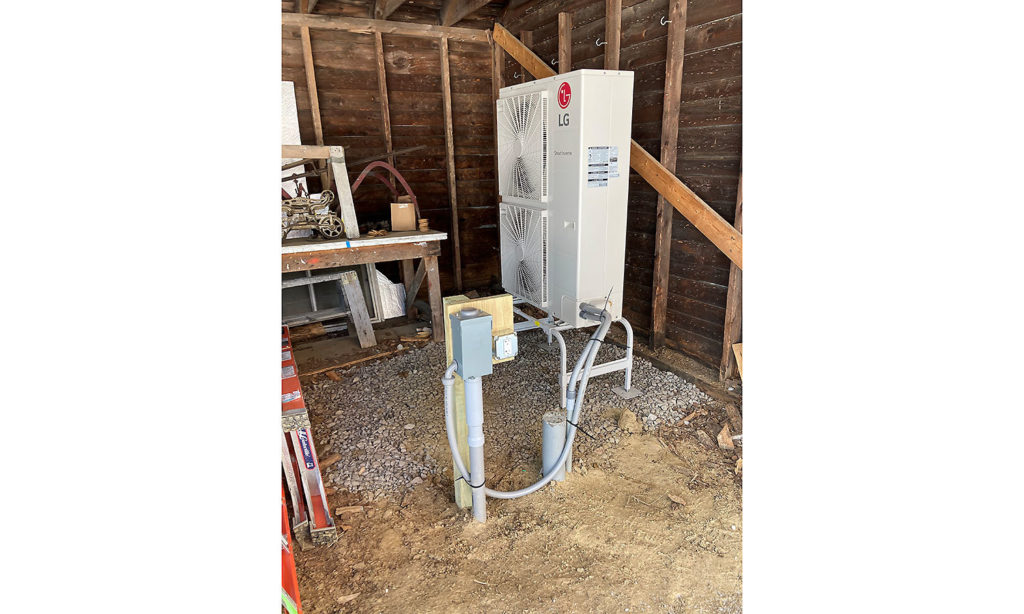 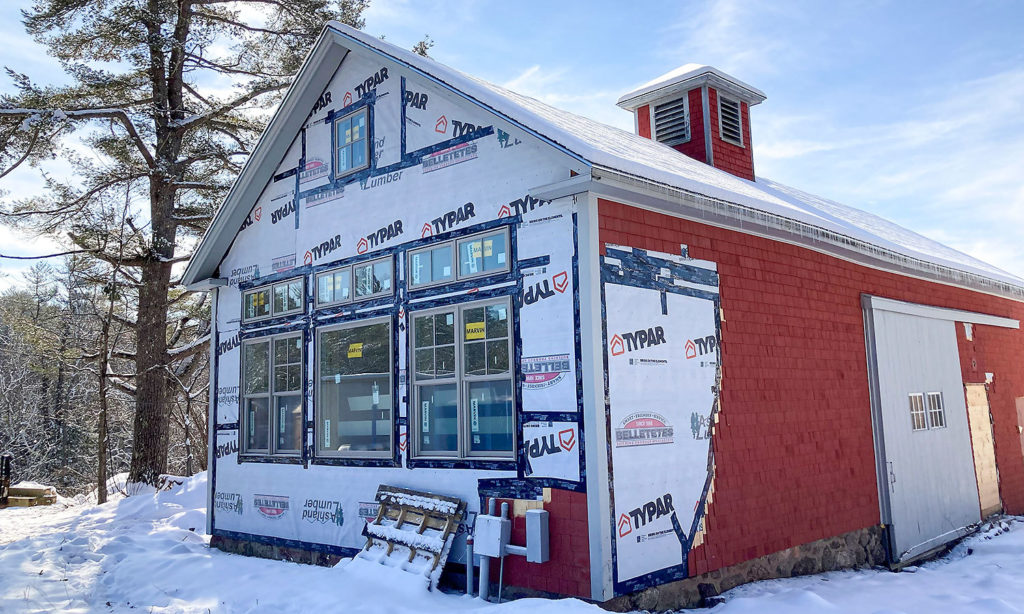 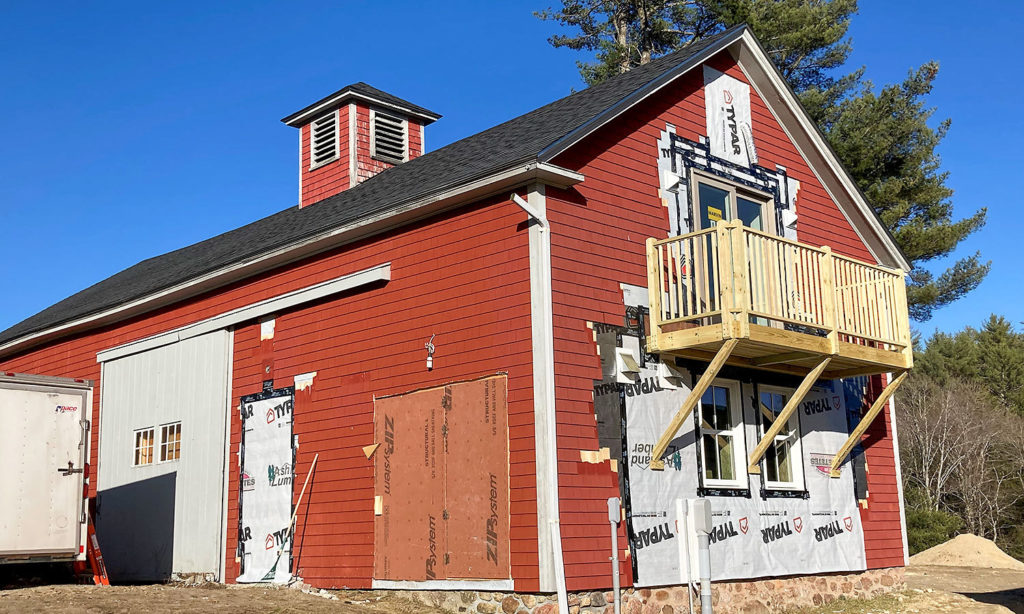 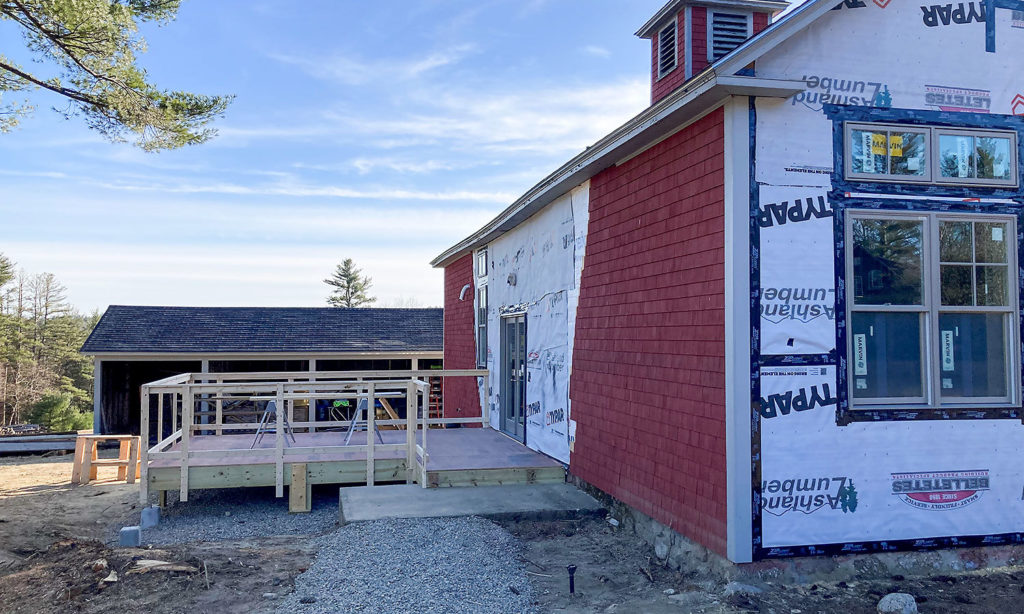 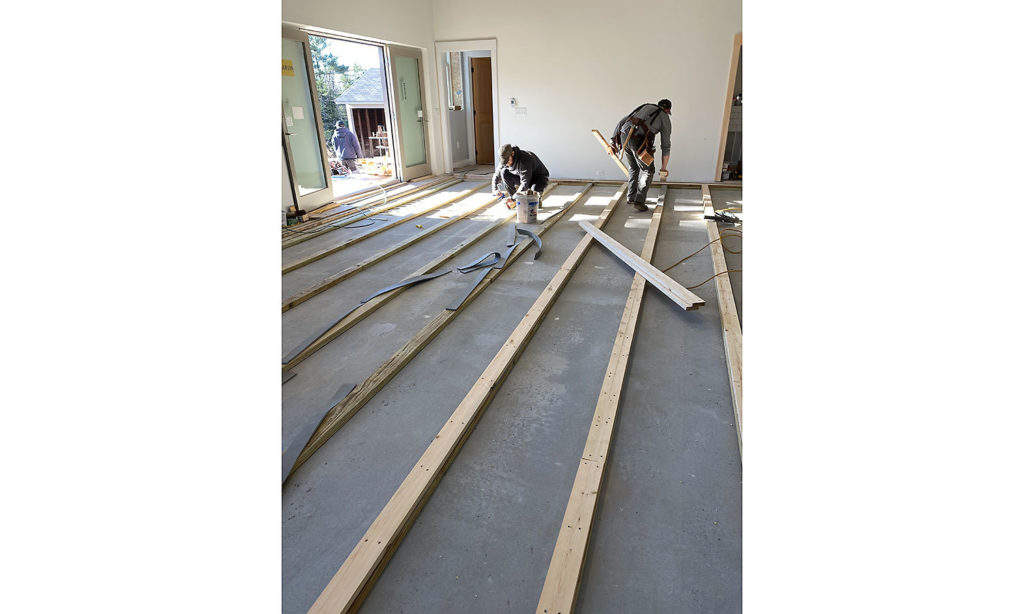 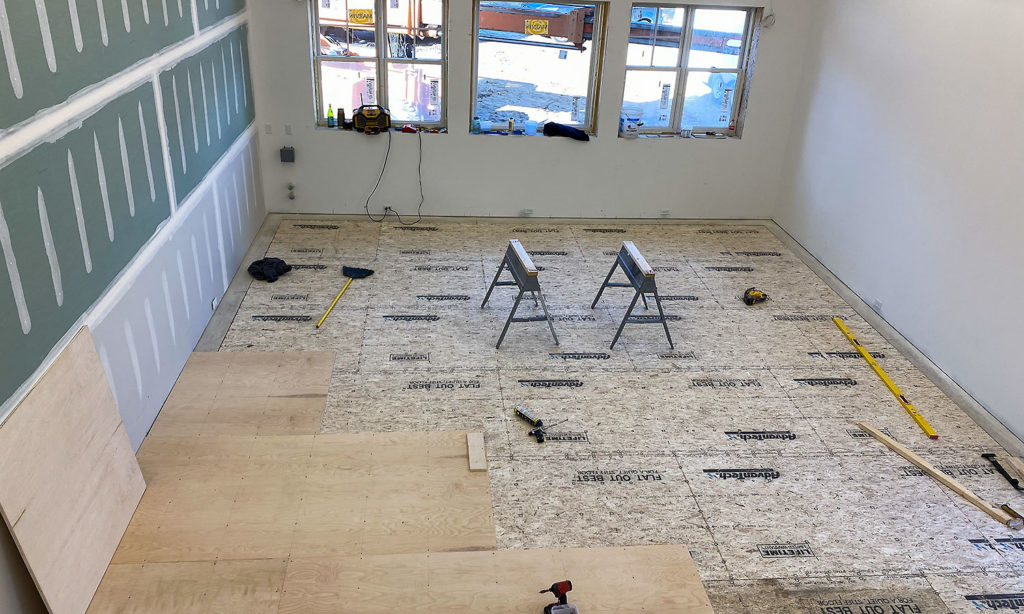 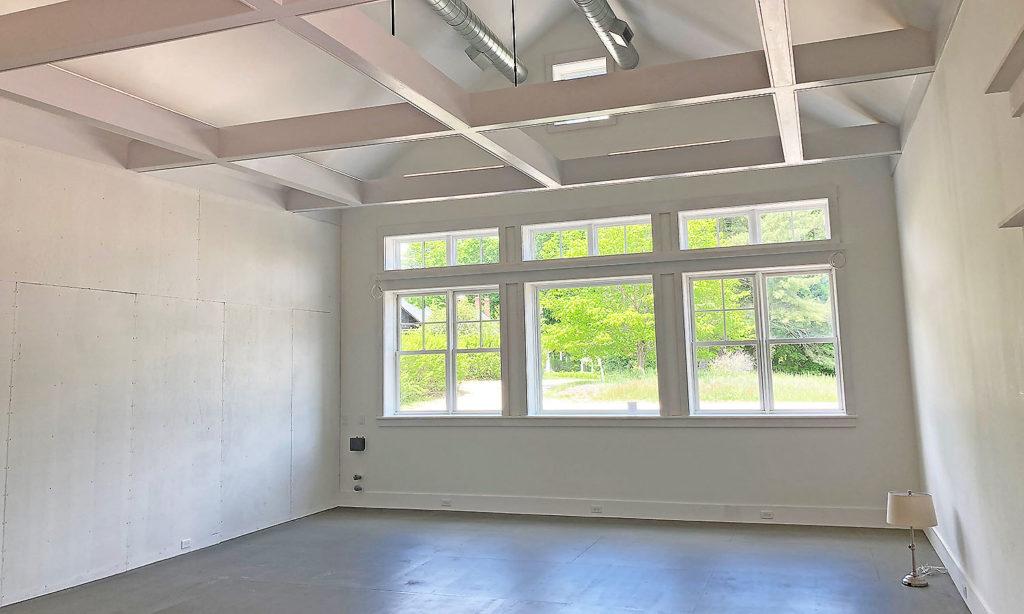 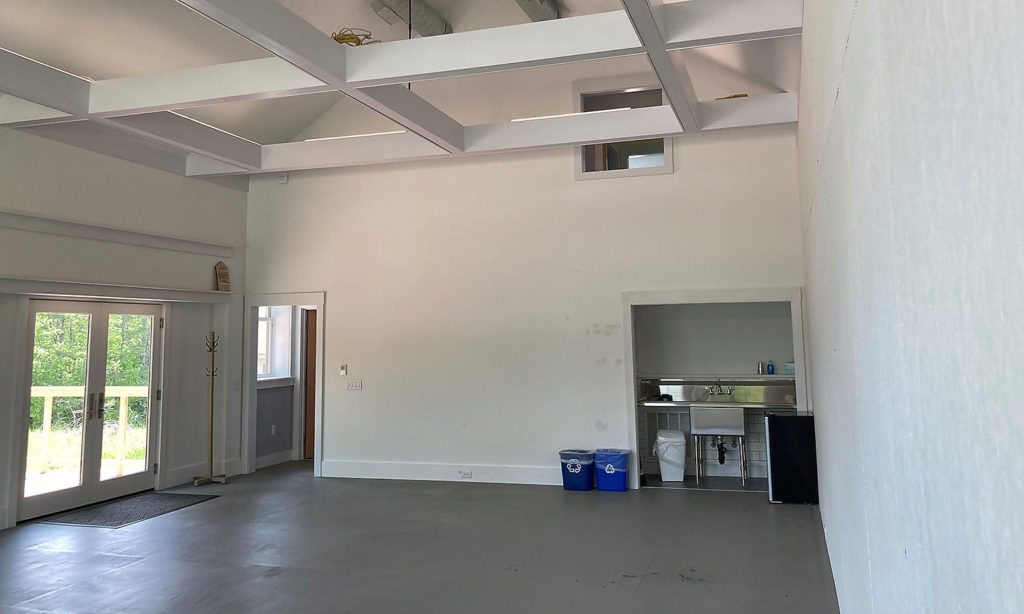 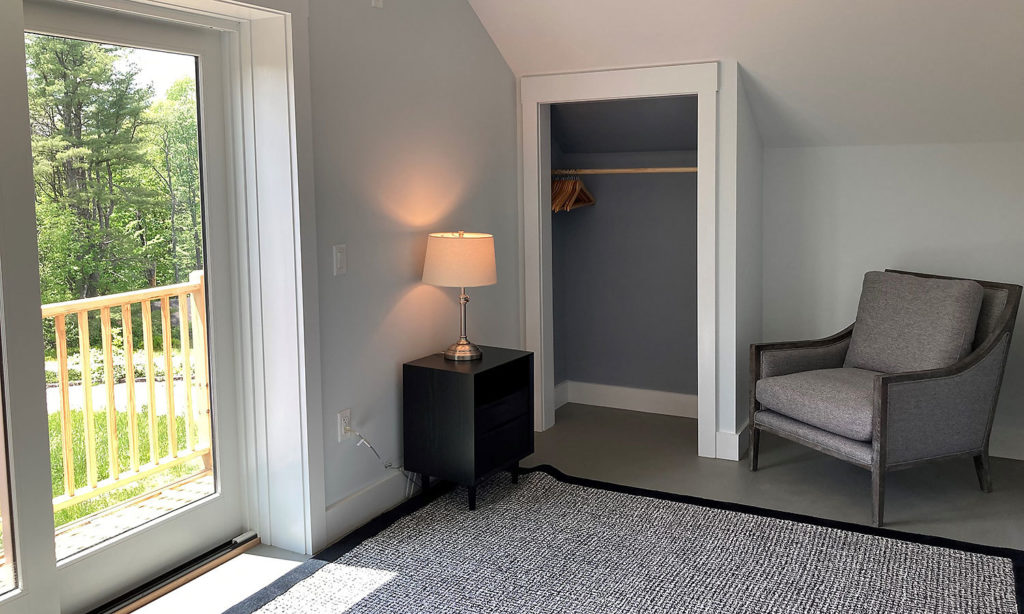 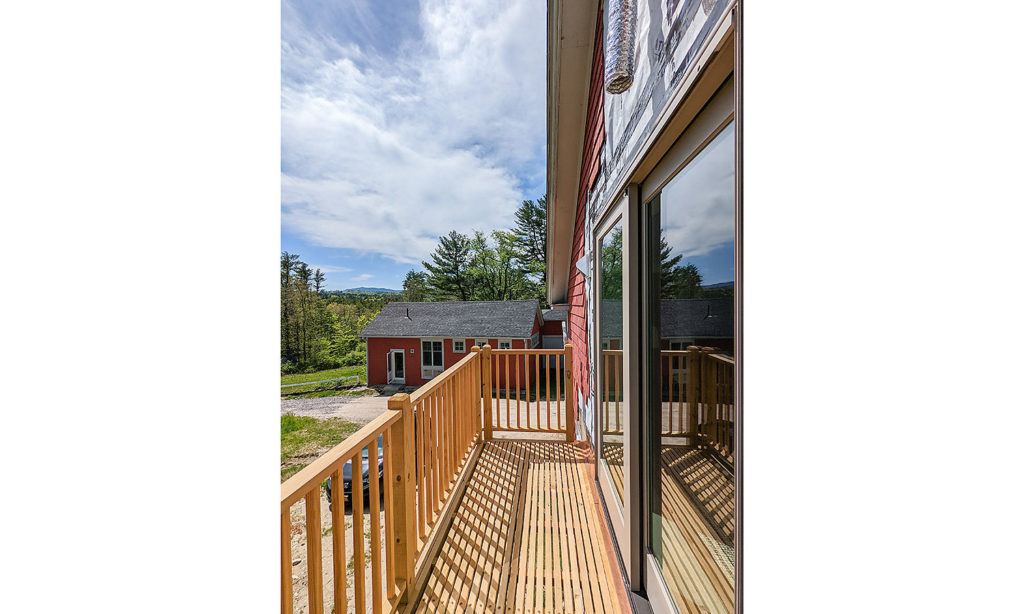 Built originally as a hay barn atop MacDowell’s Hillcrest Farm in 1924, Firth Studio has recently undergone a third renovation, resulting in an energy efficient and spacious, cozy and bright studio, offering ideal space for visual and interdisciplinary artists to live and work (and then relax with a cup of tea while enjoying a clear view of Mount Monadnock from a bedroom balcony).

The building was converted to studio use in 1956 with the installation of large north-facing windows to flood the interior with the indirect natural light coveted by visual artists. At the time, it was known simply as Barn Studio. A second makeover in 1992 added a furnace (allowing for year-round residency), a screened porch, and an accessible entrance ramp. The Jean and Louis Dreyfus Foundation funded that renovation and also set aside an endowed maintenance fund to underwrite the structure’s annual utility and maintenance needs. In 1993, Barn Studio was dedicated in the memory of board member and benefactor Valli Dreyfus Firth who died in February of 1992.

Because the income generated by the endowed maintenance fund exceeded the costs of operating the studio, the fund grew to such an extent that it could fully fund this winter’s $400,000 renovation with enough left over to fund future maintenance and utilities. Since the donor’s restriction on the fund meant those dollars could only be spent on Firth, the Plant Planning Committee seized the opportunity to reimagine the studio for the 21st century.

Pre-renovation, one quarter of the building was an unfinished and uninsulated mechanical-room housing a fuel-oil tank and furnace. In the new design, that raw space was repurposed to provide document storage on the ground floor with the loft above becoming a bedroom and full bath, making Firth MacDowell’s 14th live-in studio. Construction wrapped up in March 2022 and with better lighting, and a larger and more flexible floorplan, Firth now offers ideal working conditions for artists.

The overhaul began with demolition of the ceiling, walls, and floors, creating a clean slate for updates and additions designed by Sheldon Pennoyer Architects and completed by Tom Tolman Builders of Nelson, NH. The studio’s entrance was moved from the west to the east side of the building, and a new screened porch was designed to include a roof over the entry ramp. After a concrete slab was poured within the footprint of the building, the sagging ridge-beam was jacked and secured with structural steel collar ties. An accessible water closet was added on the ground floor to support all attendees to future open studios and similar events. A commercial kitchen sink with integrated drain boards provides dedicated space for paint brush cleaning and other wet work.

In keeping with MacDowell’s strategic goal of becoming a zero-emissions campus, Resident Director David Macy explained that since “the technology for energy conserving building envelopes has evolved drastically in the past 20 years, Firth’s ancient forced-air furnace was ripe to be replaced.” To reduce future energy consumption, the depth of roof and wall cavities were doubled and those volumes filled with a combination of open- and closed-cell foam insulation. New double-pane windows were installed to complete the envelope. (As this story was posted, all that was left was finishing the screened porch and adding finishing touches to the studio’s exterior.)

Firth now offers details identified by past visual artists as being most valued: 50 linear feet of 11-foot high walls uninterrupted by doors or windows, abundant natural and indirect LED light, and high-CRI “wall washers” for gallery-quality lighting throughout the space. Because the studio will occasionally be assigned to interdisciplinary artists and choreographers, the painted birch plywood floor was installed atop a rubber membrane to cushion footfalls and prevent injury. Truly, Firth Studio is now a sound, efficient, and energized space for creators.