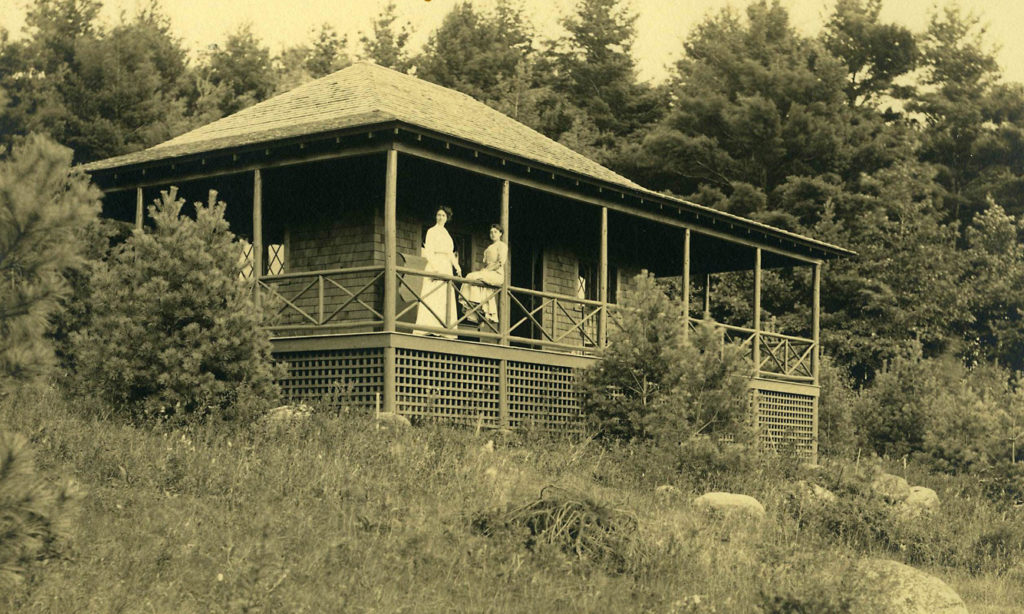 Sculptor Helen Mears and writer Mary Mears each worked in what was then known as Bark Studio. This picture taken circa 1909. 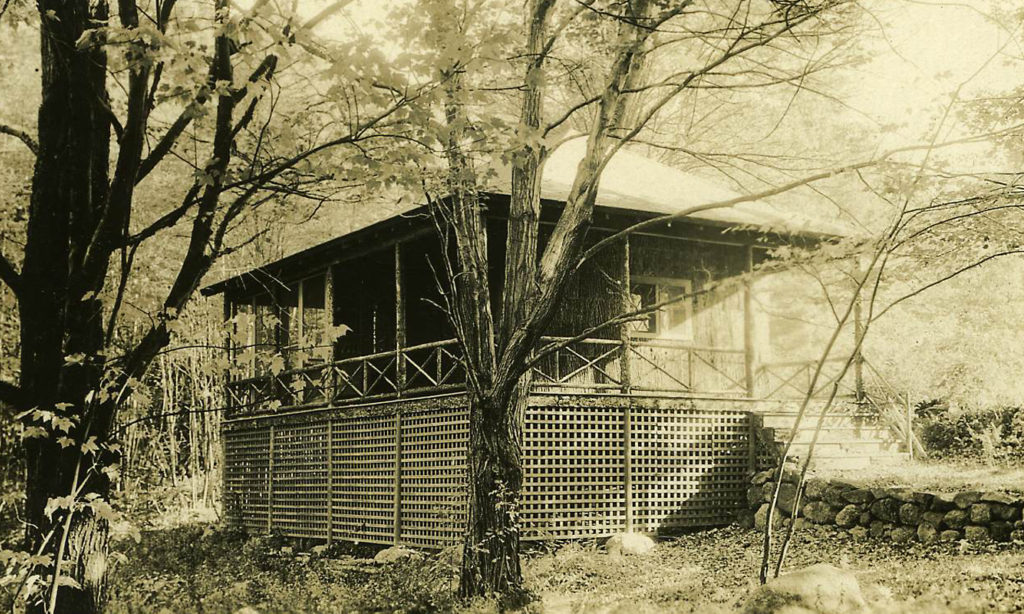 Bark became known as the Ernest Schelling Studio in 1933 in honor of the renowned composer and early MacDowell board president. 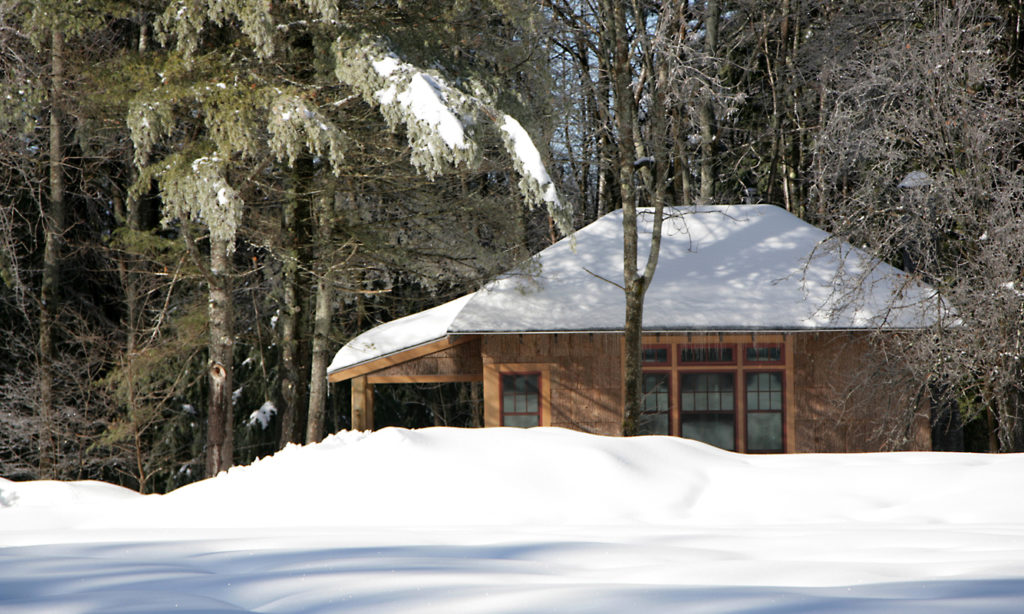 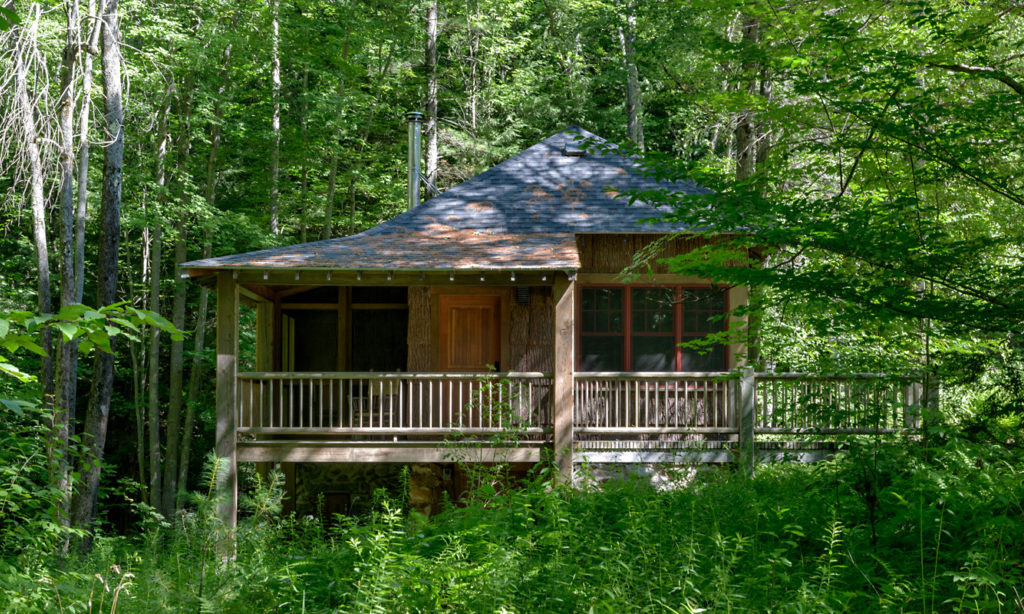 For the Colony’s first three summers, sculptor Helen Mears and writer Mary Mears each worked in what was then known as Bark Studio. Named for the hemlock shingles cladding its exterior, the studio was built under Marian MacDowell’s watchful eye and completed in the year of her husband’s death (1908). Twenty five years later it was renamed the Ernest Schelling Studio in honor of the renowned composer and early MacDowell board president. Helen Scholz, widow of Schelling, was a longtime supporter of MacDowell, a legacy continued today by her son Christopher Scholz and his wife Ines Elskop. Over those same 25 years, 20 new studios were built and the Colony’s reputation was firmly established. As the very first studio at America’s first artist residency program, Schelling Studio will always have a special place in history.

A hip-roofed one-story dwelling, the studio’s interior is distinguished by its nine-foot ceilings, fieldstone fireplace, and open views to the south and east. Perched on a slope at the boundary of woodland and meadow, the structure seems to levitate on wood columns supporting porches on two sides. In 2006 O’Neil-Pennoyer Architects’ renovation design provided barrier-free access by replacing entry stairs with a bridge and swale system. Inside, a bed alcove was created with the addition of a closet and cupboard partition near the entrance. A small section of porch space was stolen to enlarge the bathroom, including a shower, to make the studio suitable as a live-work space.

More than the building’s physical form, Schelling’s story is best told through the decades of artists’ names and dates printed on the “tombstones.” In 1921 Dubose Heyward came to Schelling to write poems and in 1949 his widow Dorothy Heyward would sit down to work at the very same desk. Writer, activist, minister, and attorney Dr. Pauli Murray worked in Schelling for the first two of her three residencies (’55, ’56, and ’59). Just months after the Supreme Court ruled to implement Brown v Board of Education “with all deliberate speed,” Dr. Murray was at MacDowell writing her seminal work, Proud Shoes: The Story of an American Family (published 1956).