Pan’s Cottage Gets an Efficiency and Comfort Overhaul 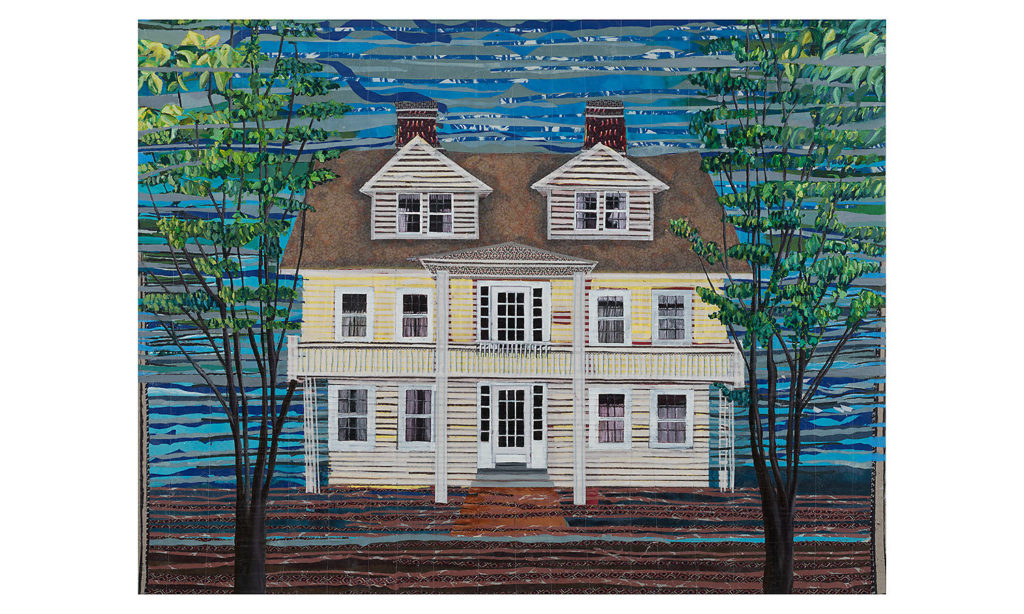 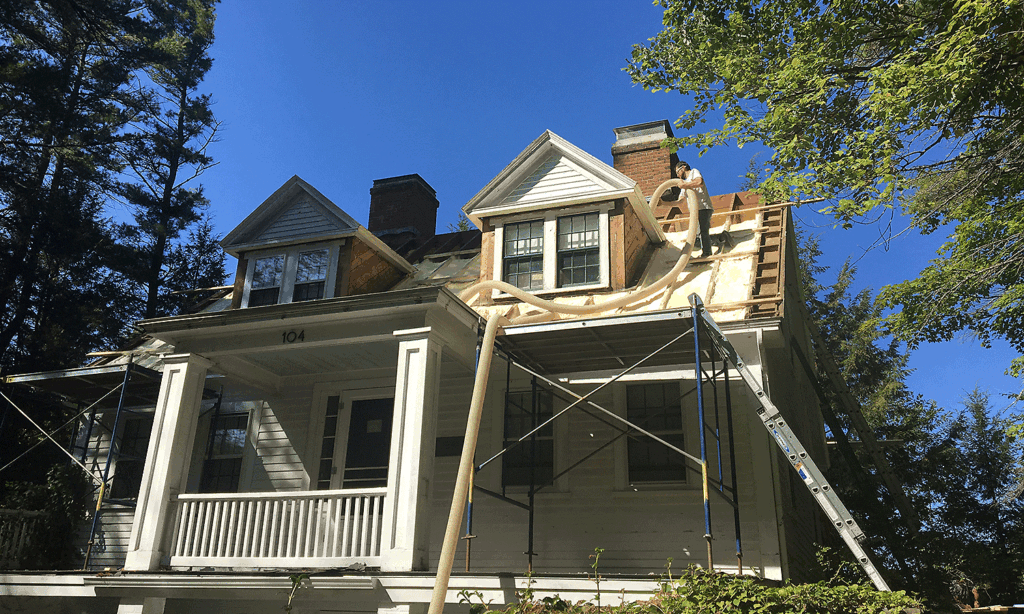 This image of Pan's shows insulation being sprayed into the exposed roof cavity before new decking and shingles were installed. Jonathan Gourlay photo 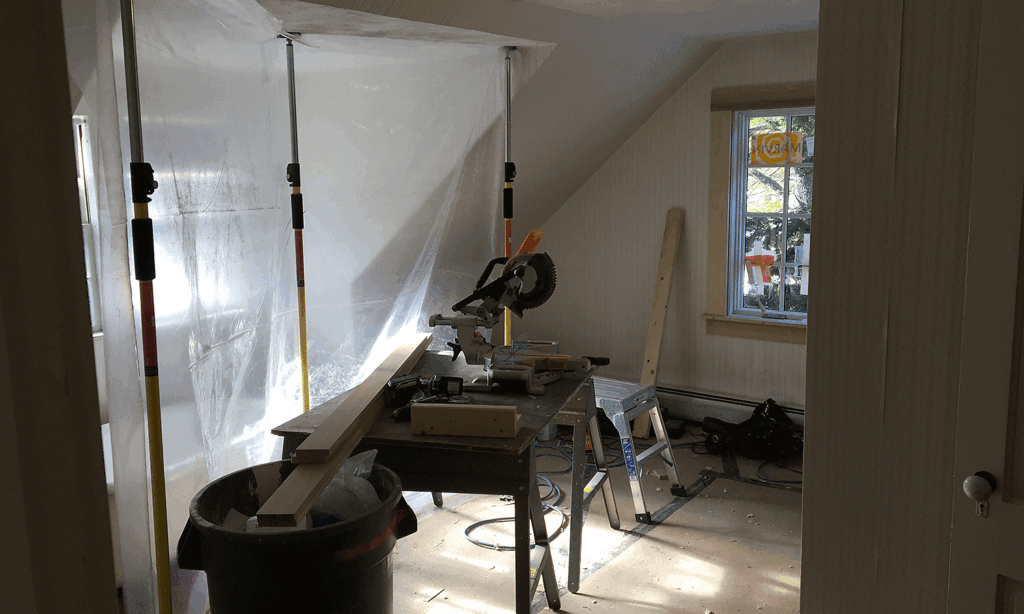 One of the bedrooms on the top floor gets a complete makeover. 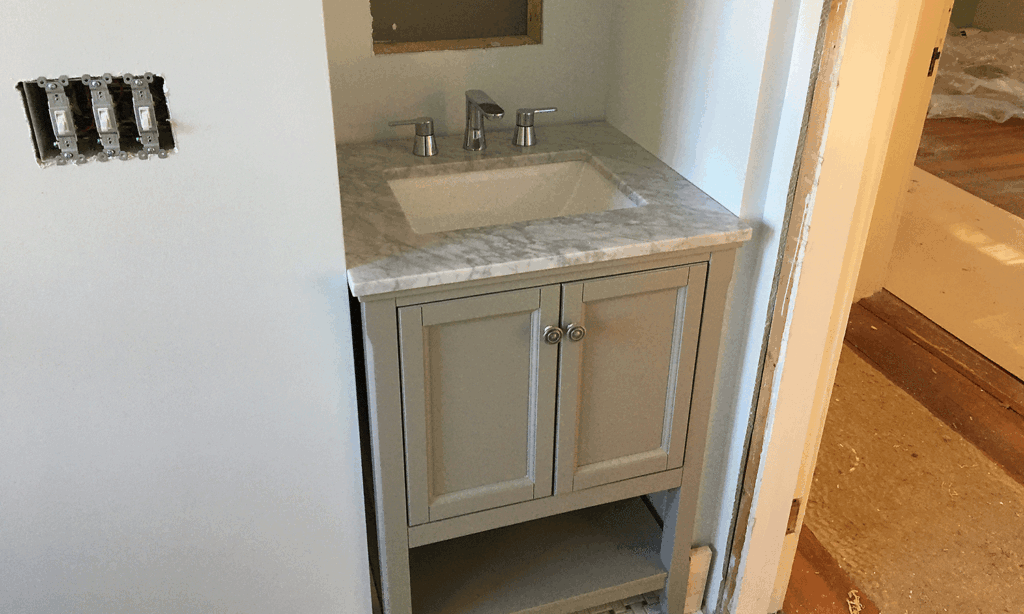 A new sink is fitted in one of the new water closets in the renovated building. 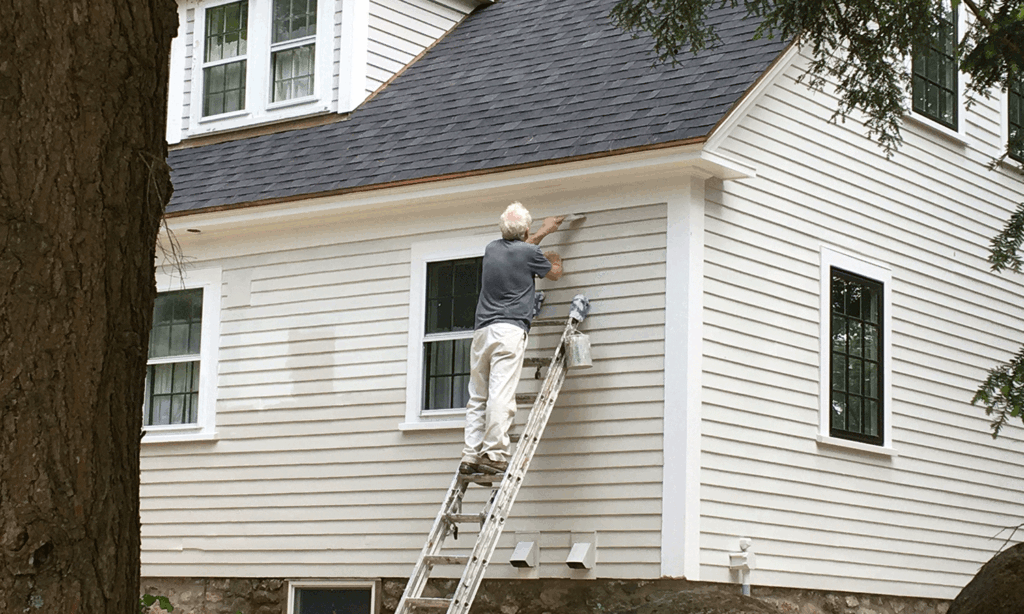 Local housepainter Jerome Varnum gives the north side of Pan's a fresh coat of color. 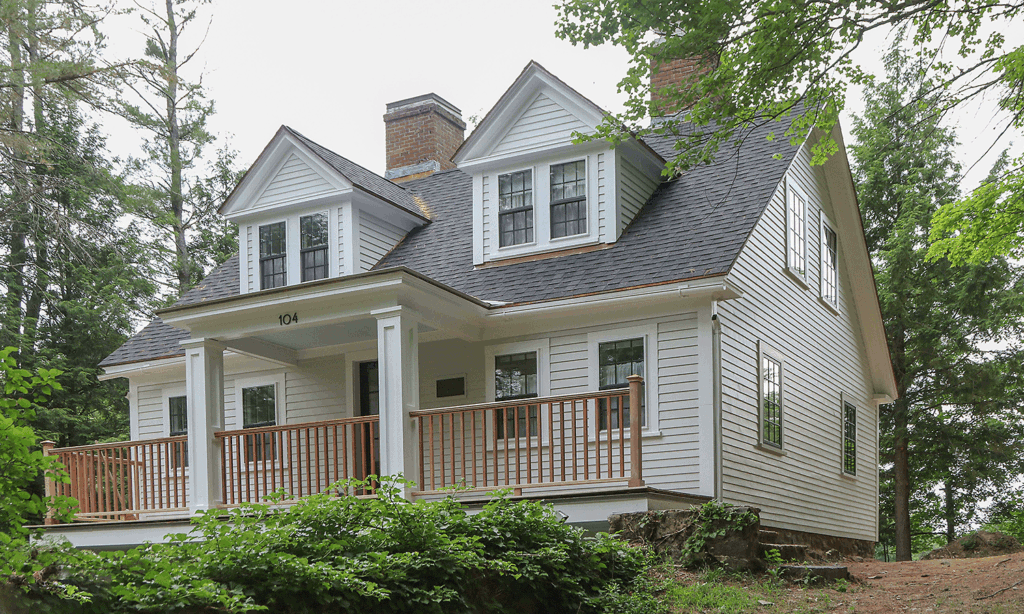 Unoccupied for longer than the pandemic, Pan’s Cottage residence hall at MacDowell is finally welcoming artists into thoroughly modernized accommodations. A gut renovation by Tom Tolman Builders of Nelson, NH, had just concluded as MacDowell shut down for COVID in March 2020.

This latest overhaul of the historic three-story structure had begun in the year of its 100th birthday as the building was originally completed and opened in 1919 thanks to generous support from Sigma Alpha Iota (SAI), a 118-year-old international fraternity at the University School of Music in Ann Arbor, MI. Women in the field of music attending SAI’s 1916 convention raised funds with the help of Marian MacDowell to construct the building, which would supplement the nearby Eaves residence hall. Pan’s Cottage, named for the fraternity’s national publication Pan’s Pipes, originally housed eight bedrooms, two bathrooms, a kitchen, and a dining room.

According to Resident Director David Macy, interior comfort, energy efficiency, and safety improvements were the main reasons for the renovation. The period details were kept intact in the bedrooms, while the bathrooms were modernized and energy conservation standards were raised to meet or exceed those of other buildings on MacDowell's property.

Cramped bathing facilities on the upper floors were converted to half-baths and augmented with two walk-in shower rooms in what had been a ground-level bedroom. Eight windows were also replaced for safety issues and to bring the building up to fire codes because the original windows were too small by today’s standards. All of the floors were sanded and refinished, many new furnishings installed, and a perimeter drain was installed to assure a dry basement and improve interior air quality.

“One of the greatest improvements at Pan’s,” said Macy, “is hidden in the building envelope. This building is much tighter and more efficient to heat in winter.” To that end, the old roof and existing cellulose insulation was removed. After reinforcing the rafters, the builders sprayed eight inches of closed-cell foam insulation on every surface before installing new decking and shingles. The tight building envelope will be a great advantage when the time comes to replace the oil-fired boiler with an electric heat pump. Pan’s electrical power has been 100 percent renewable since the installation of MacDowell’s 1.2-acre solar array in 2016.

Shortly after construction was complete, three shadblow trees were planted west of Pan’s Cottage to offer partial screening from the road leading to Watson and Calderwood studios. In the spring of 2022, additional attention to landscape plantings will further tie the building to its location.

“Thanks to a seven-year campaign by Sigma Alpha Iota, which initiated Marian MacDowell as an honorary member in 1936, we are able to pay for half of Pan’s renovation with donated funds,” said Macy. “We are very grateful to have received SAI’s five annual contributions of $20,000 between 2014 and 2018. I know future artists-in-residence are going to be thrilled with the facility.”