Sorosis Studio was funded by the New York Carol Club of Sorosis. The small, masonry studio was designed by F. Winsor, Jr., the architect who also designed Savidge Library (1926) and Mixter Studio (1927).

At the time of construction, the large porch on the southeast facade offered a spectacular mountain view that has since been obscured by tree growth.

Inside, the studio is simply appointed with a large desk by the window, a rocking chair by the fireplace, and a daybed near the entrance. When the studio was renovated in 1997, the original leaded glass was retrofitted into more energy-efficient windows. A drop ceiling was also removed to reveal the hand-hewn beams and the upper part of the barrel vault window facing east.

Like a tiny chapel, Sorosis Studio provides welcome sanctuary for a writer at work in the woods. 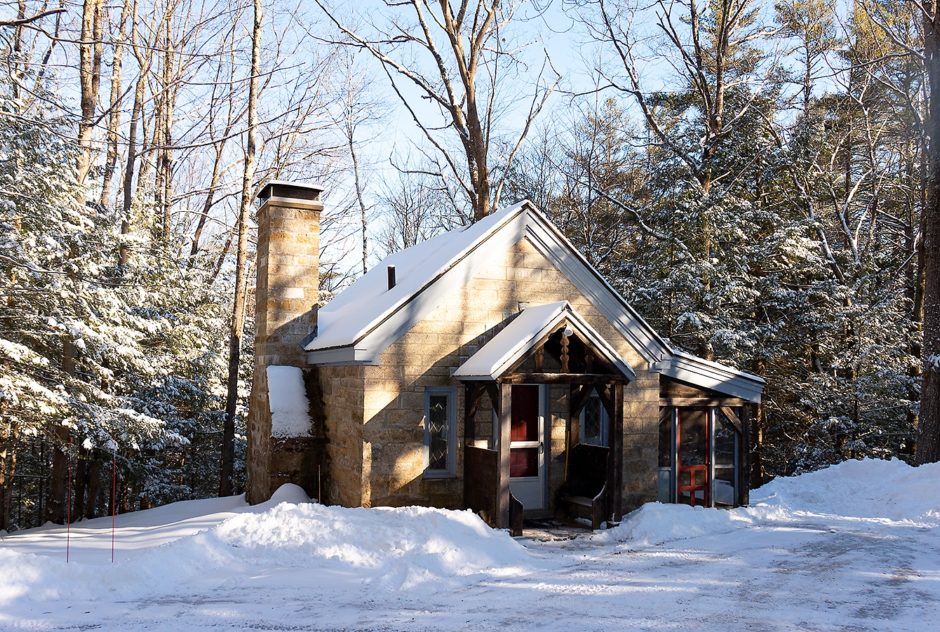 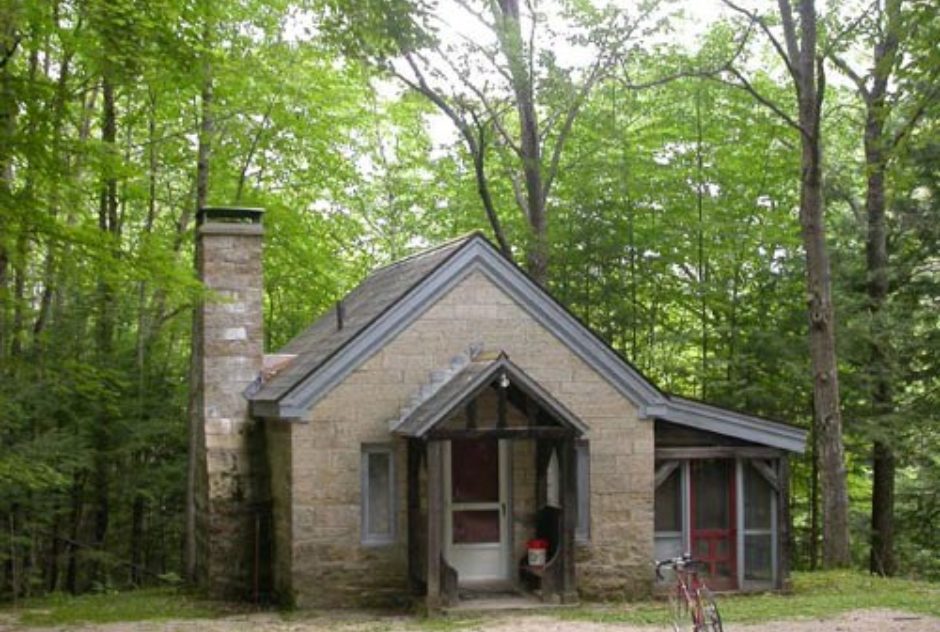 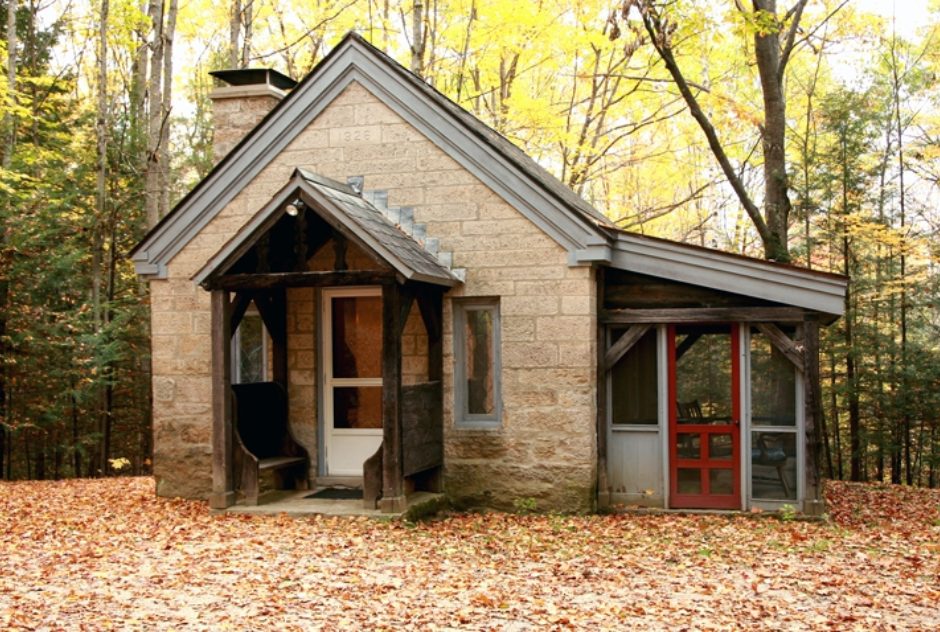